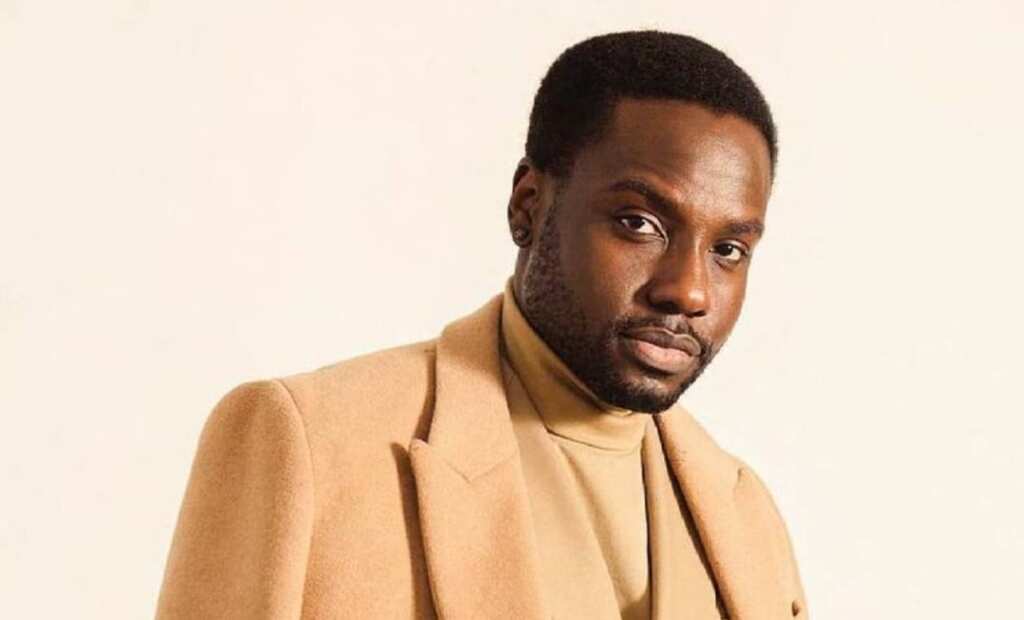 Dayo Okeniyi is a famous Nigerian actor based in America. His parents moved to Indiana, United States when he was 14 years old. Dayo was born in Lagos State on June 14, 1988. He grew up in the Yoruba predominated state, but his state of origin is Plateau State. He is popular for the roles he played in Award-winning movies such as Terminator Genisys and The Hunger Games. For this publication, we will be writing about Dayo Okeniyi biography, movie-acting career, age, net worth, and other facts about him.

His real name is Oladayo A. Okeniyi. Dayo, 34 years old as of 2020 was born on June 14, 1988, in Jos but grew up in Lagos State. He grew up in a family of 5 children where his father is a retired Nigerian customs officer from Nigeria, and his mother who is from Kenya is a literature teacher. Dayo’s parents gave birth to him in Lagos state, but his state of origin is Plateau State, Jos precisely. When he was 14 years old, his parents moved to Indiana, the United States. He attended Heritage for his high school junior when his family moved to Indiana in 2003. Dayo graduated with a bachelor’s degree in Visual Communications at Anderson University, Indiana in the United States of America in 2009. He later moved to Los Angeles to pursue a career in acting while his family moved to California.

Dayo Okeniyi worked as an extra in various films when he began his professional acting career in 2010 in Los Angeles. In 2012, he landed a role in The Hunger Games movie and also made a guest appearance on The Wendy Williams Show. In 2013, He also featured in a television show titled Revolution, where he played the character, Alec. He also played a supporting role in a 2013 film titled “Runner, Runner” where he played Perdeep, and Cavemen where he played Andre. Progressing to 2014, he played the role of Mace in Endless Love. In 2016 Dayo appeared in an NBC TV series titled Shades of Blue. He is probably the first Nigerian actor to be shot by Jennifer Lopez and has worked with Hollywood movie stars such as Shailene Woodley, Ben Affleck, Justin Timberlake, and Leonardo DiCaprio.

Dayo is popularly known for playing the role of Thresh in The Hunger Games and Danny Dyson in Terminator Genisys. He also featured in Emperor, a movie based on the real-life story of Shields Green and directed by Mark Amin. He plays the role of Shields Green, an ex-slave who joined in John Brown’s unsuccessful raid on Harpers Ferry. Shield Green had the chance to escape but he returned to fight and was later captured by Brown. Other movies which Dayo has featured in include;

Aside from acting, Dayo is the co-founder of PVO Global (Positive Vibes Only), a company that describes itself as a mindset-turned movement that harnesses the power of positive energy and uses it to effectively empower the culture.

Dayo Okeniyi has won many notable awards in the entertainment industry. He is one of the most internationally recognized Nigerian-born actors. In 2013, he won the Best International Actor of the year at the Nigeria Entertainment Awards.

Dayo Okeniyi is one of the richest and most influential actors. His net worth is about $500,000.