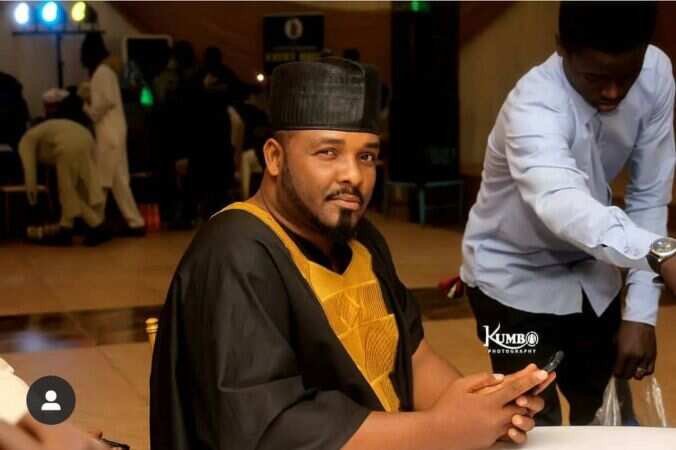 Paul Sambo is a renowned Nollywood actor born in Bauchi state and we will be looking at Paul Sambo’s biography in this article. He had read Agricultural science in school but ended up as an actor, although he runs a farming business as a side job. He is popularly known for the roles he played in a movie titled “Mr. & Mrs.”, directed by Ikechukwu Onyeka and written by Chinwe Egwuagu. In this piece, we will look at Paul Sambo Biography, his family, age, and net worth.

Paul Sambo was born in Bauchi state in the northern part of Nigeria. His date of birth is believed to be on 27th January 1976. Which makes it that as of 2020, he is 44 years old. Paul Sambo grew up in the northern part of Nigeria where he had most of his basic education. He read agriculture in the tertiary institution but his passion for acting landed him in front of the camera. There is no information on his family or marital status, we will update this page once we have something on that. But we know that Paul Sambo was once in a relationship with Juliet Chidinma Mgborukwe, the “Village Square” TV presenter with Soundcity. However, Currently, Paul Sambo is married to Lami Daniel, who he got married to in March 2012. The couple welcomed their first child, a daughter, on Wednesday, 16th September.

Paul Sambo is a renowned Nollywood actor who has starred in many Hausa themed movies and non-Hausa themed movies. However, if he is going to appear in any movie, he will definitely take a Hausa-related role. In 2012, he acted as “Mr. Brown” in “Mr. & Mrs.”, a movie directed by Ikechukwu Onyeka. In the movie, he starred alongside other popular actors and actresses in the industry such as; Joseph Benjamin, Paul Apel, Nse Ikpe-Etim, and Barbara Soki. In 2017, Paul took on a lead role as a Duke in another movie titled “The Patient” which was co-directed by Angel Ogbue and Tola Taye Balogun. The movie that earned him a spot in the hall of fame was “King of Boys” (2018). Paul Sambo featured as Nurudeen Gobir in the epic movie written and directed by Kemi Adetiba. In the award-winning movie, Sambo starred alongside Sola Sobowale, Jide Kosoko, Akin Lewis, and Sani Muazu.

Paul Sambo is an accomplished Nollywood actor. He has featured in various award-winning Nollywood movies such as; Foreigner’s God, King of Boys, The groom, Dry, Fantastic Numbers, and Mr. and Mrs. His net worth is expected to be an estimated $200,000.