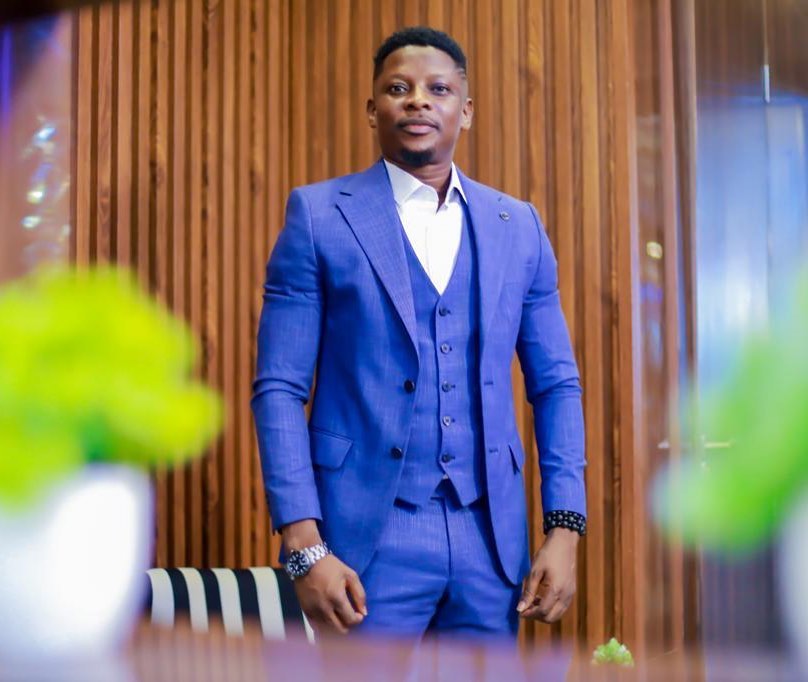 Taking a career in the film industry is one of the most prominent ways to gain visibility and fame. Although it requires talents, skills, and sometimes connections to get to the spotlight, grace is another crucial factor.

However, we should look at it; whether or not we dismiss this uncanny fact does not necessarily change the fact that it surprisingly works half the time. However, Rotimi Salami broke into the spotlight by exploring his acting talents and skills.

Who is Rotimi Salami?

In this article, I will share facts about Rotimi Salami and exciting things you probably didn’t know about him. Before I continue, however, let’s take a quick look at his profile summary.

Rotimi Salami was born on 30th November 1980 in Surulere, Ikeja, Lagos State, one of the states in the South West part of Nigeria. Although he was born in Surulere, Ikeja, Rotimi’s family moved to Ajangbadi, Lagos. There, he spent most of his formative years with his siblings – he 42 years old.

Born in Surulere, Ikeja, Lagos, and grew up in Ajangbadi, Lagos, Rotimi holds Nigerian citizenship by birth. He has short black hair, a pair of beautiful black eyes, and a black skin color.

And speaking more about that, Rotimi Salami’s ancestry is traceable to the Yoruba tribe; a tribe that is the dominant occupant of states in the South-Western part of Nigeria.

The first son of his parents’ two boys, and the first child of his parent’s six children, Rotimi Salami grew up in the company of his three sisters and two brothers. During his formative years, his mother worked as an on-and-off entrepreneur and businesswoman, whereas his father worked as a steel construction engineer for building construction companies.

Rotimi studied at the famed Lagos State University, otherwise known as LASU. He obtained a Bachelor of Science Degree in Sociology from the university’s Faculty of Social Sciences. Later, he enrolled at the New York Film Academy in the United States of America, receiving a Diploma in Film Directing.

With a New York Film Academy diploma in Film Directing, Rotimi developed an interest in the movie industry at a young age. However, he started his career in the industry in 2007. He made his debut appearance with the Nollywood film, “Unknown Revenge,” a movie that would later become a blockbuster.

Because of his performance in his debut film, Rotimi started getting calls from producers and production companies to feature in their movies. Then, he got another role in the film, “Shangisha Kingdom.” Shangisha Kingdom is a film produced by the current CEO of the production, “Cobweb Audiovisual Production,” Ola Razak.

Aside from being a film actor and producer, Rotimi Salami is a set designer, businessman, and entrepreneur. As an entrepreneur and film producer, he is the founder and owner of the film production company, “Manski Media Concept.”

Looking more at his portfolio in the movies, Rotimi has contributed so much to the advancement of the Nigerian film industry, Nollywood. Having something to show for it, he has received several awards from multiple production companies and organizations. And well, these are some of them;

Rotimi Salami has Appeared in over 50 Films

Rotimi Salami is a famous Nigerian actor, filmmaker, set designer, and scriptwriter known for his professional functions in both Yoruba and English-speaking Nollywood films. Having been in the film business for about a decade and a half now, Rotimi Salami has starred in more than fifty movies. As it were, these are his selected movies, arranged in no order of sellouts, including;

In one of his interviews, Rotimi revealed that he once wanted to quit acting and focus on other career paths. Pointing this out, Rotimi would later reveal that his wife, Jumoke Arinola Salami, discouraged him from quitting acting.

Rotimi Salami is Married and has a Child

Having been married for over half a decade, the lovers are blessed with a child. And dear, the young family resides in Lagos State, Nigeria.

Rotimi Salami is also a Film Director and Producer

As a film producer and director (filmmaker), Rotimi Salami is the director of the highly-grossing Nigerian television series, “Kuti’s Career Palace.” Kuti’s Career Palace is a series that aired on major Nigerian TV channels for a couple of years, gaining a high viewership rating while it aired.

More so, Rotimi is the producer of the 2012 films, “Beautiful World,” and “Letter to my Mother.” Not forgetting, Rotimi Salami’s “Kuti’s Career Palace” won him a nomination for “Best Film at the African Magic Viewers Choice Awards.”

Rotimi Salami Net worth is Close to a Million Dollars

Rotimi Salami is a successful and growing movie star with an estimated net worth of about $500k thousand. He earns his net worth from acting, directing, and producing films—from his entrepreneurial career.