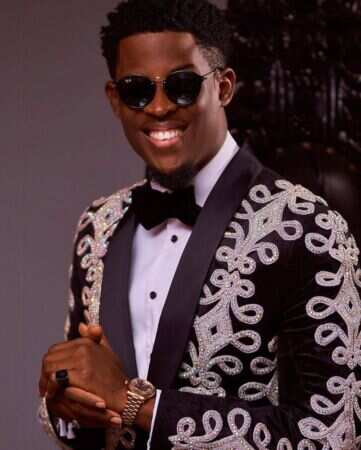 Seyi Awolowo was one of the housemates in the just-concluded BBnaija reality TV show. He was born on December 28th, 1989 in Ogun State. Seyi Awolowo is popularly known as one of the housemates in the 2019 BBnaija edition, but what most people don’t know about him is that he is an entrepreneur, Psychologist, TV host, model, and actor. Seyi Awolowo has scored several commercials throughout his career in the entertainment industry. Let’s take a broad look at Seyi Awolowo’s biography, information on his parents, and his net worth.

Seyi Awolowo was born on December 28th, 1989 in Ogun State, into the family of Late Chief Obafemi Awolowo (His grand-father). His full name is Oluwaseyi Awolowo as he hails from Ogun state although he grew up in Lagos. Seyi is 31 as of 2020. Seyi Awolowo had his University education at Houdegbe North American University, Benin state, where he graduated with a degree in Psychology.

Seyi read Psychology in school but he’s treading the path of an Actor and a businessman. He started out as an actor for TV commercials for big brands such as Herbal toothpaste and Etisalat (9mobile). Being one of the finalists in the BBNaija reality TV show 2019, lots of opportunities opened up for him. Seyi Awolowo signed a Brand Ambassador deal for a leading telemedicine firm, SeekMed on Thursday, December 19, 2019.

Also, he landed another deal with a stylish eyewear company, House of Lunettes in November 2019. Also due to the ONE.org health advocacy challenge which Seyi won while in BBNaija house, he landed an ambassador deal with ONE – the firm behind the global movement campaign to end extreme poverty and diseases. He also got an affiliate endorsement deal with Bet9ja. Last but not least is the ambassador’s deal with “Deal or No Deal Naija” as the host.

Seyi Awolowo’s net worth is an estimated $400,000. Thanks to the numerous ambassador deals which Seyi Awolowo landed after he was evicted from the BBNaija reality TV show 2019.