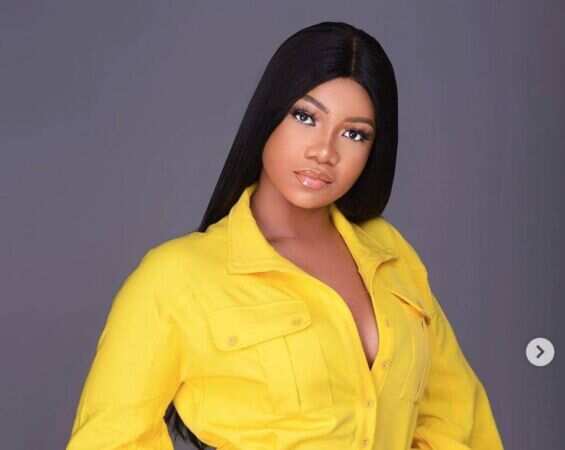 BBnaija is over, but not without controversies. So why don’t we look at the biography of one of the most controversial BBnaija housemates, Tacha, to get her real name, Age and networth.

This article will cover everything you need to know about Tacha aka Simply Tacha, the most enchanted BBnaija housemate that caught everyone’s attention. We will go in-depth into Symply Tacha’s biography, age, net worth, state of origin, Instagram, even her twin brother and her journey in Nigeria’s biggest TV reality show.

Symply Tacha’s real name is Anita Natacha Akide but she is popularly addressed by Tacha or Symply Tacha. Tacha originally hails from the Ijaw of Kalabari tribe in River State in the Eastern-Niger Delta region of Nigeria. 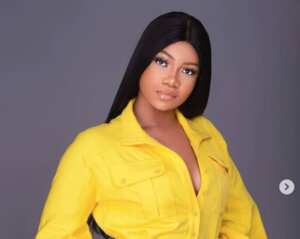 She was a former Big Brother Naija housemate in the just-concluded BBNaija edition. Tacha is a video blogger and an Instagram influencer. That means she was already on the verge of getting into the limelight before she got into BBnaija. Tacha, a Nigerian Instagram star, makeup artist, vlogger (video blogger), and businesswoman was disqualified on the 89th day of the BBnaija show after fighting a housemate, Mercy, in the 2019 Big Brother Naija Reality TV show.

Tacha, the slay BBnaija queen is currently 24 years old, as of 2020. She was born into a working-class family in Port Harcourt but now an orphan – her parents are both dead. According to Tacha, her mum’s death shows she is as strong as an eagle.

Concerning Tacha’s formal education, she completed both primary school and secondary school level at Port-Harcourt, Rivers state obtaining both First School Leaving Certificate and West African Senior School Certificate. After which she proceeded to the Ignatius Ajuru University of Education in Port Harcourt, River State. In 2016, Tacha completed her tertiary education at the Ignatius Ajuru University of Education, bagging a Bachelor’s degree in English Language.

Tacha’s stay in BBnaija was brought to an abrupt end when a fight broke out between her and Mercy, a fellow housemate. Even after her eviction, the amazon warrior still trends in Nigeria’s internet space – thanks to her fanbase nicknamed – TachaTitans. She continues to be a sensation in the Nigerian social media space and her fans can’t get enough of her. She runs an online make-up store on Instagram – @everythingtacha.

Tacha is a perfect depiction of beauty with creativity as most fans saw in her during the reality TV shows. Tach got the wrong side of the home viewers and was widely criticized by many because of her rude behavior towards fellow housemates, Mercy Eke, in the 2019 Big Brother Naija house. For this, Symply Tacha was disqualified from the BBNaija 2019 house on the 27th of September 2019.

Tacha describes herself as someone who’s spontaneous, loud, interesting, lively and fun. Before the TV show, Tacha has revealed that she has always wanted to be on Big Brother Naija show. A close friend to the Instagram model revealed that getting picked to be a Housemate this season has been the greatest heights of Tacha’s life. 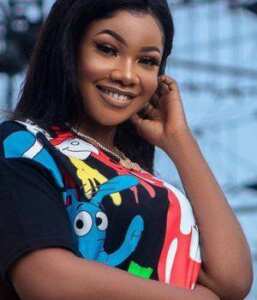 Tacha is a very controversial person. Her attitude and behavior in the Big Brother Naija house have made her a global figure but her disqualification from the show got her a black spot.

Tacha is a business-woman with self-confidence, her business nature have led her to be involved in many entrepreneurship skills like Vlogging, make-up artist, etc.

Tacha is also a wild lover of music and a huge devotee to Davido. She loves Davido so much that she has a tattoo of Davido on her chest. Davido, a Nigerian artist once saw her tattoo and he was impressed by her commitment and gave her a follow-back her on Instagram. Tacha revealed that she fell in love with Davido since she heard the song “Dami Duro” in 2011 and has not stopped loving Davido ever since.

When she asked why she got a tattoo of Davido on her chest, Tacha said she was unquestionably in love and obsessed with Davido.

“I got the tattoo because it’s the only way I can show my love to him.”

Well, Davido is married to Chioma.

Tacha stated that what irritates her most in other people is when they gossip behind her back. This is why she raged towards Mercy during the show. However, Tacha’s final glory came after displaying some bad character, boldness, and self-confidence in Big Brother Naija House. But her confidence was a little bit over the charts, so she got disqualified.

Although Tacha has not publicly said she was dating anyone, rumors have it that Tacha’s boyfriend is Naira Marley, after they were both seen in a video all loved up. Tacha has always been seen in videos dancing to Naira Marley’s songs. So something must be up.

However, back in BBNaija’s reality TV show, Tacha revealed that, at that time, she had a boyfriend who was broke so she couldn’t start a business. She also said that she decided to become active on social media and get a boyfriend who was supportive. Tacha added that her boyfriend gets hotel rooms she records in and records her twerking videos. With the level of support she gets from him, she has no interest in looking elsewhere – Tacha told Khafi that.

Tacha is called a Nigerian Instagram celebrity with over 900k followers which makes her one of the most followed 2019 BBN housemates on social media. Mind you, Mercy eke has lesser followers than Tacha. Tacha is also a makeup artist, a businesswoman, and a YouTube content creator. She entered the 60 million award Tv show (BBnaija) full of confidence and promised to show other housemates pepper, but was disqualified. Variably Tacha’s net worth is not yet ascertained.

However, Symply Tacha received over N100 million cash from her fans after leaving the Big Brother Naija house in 2019.

Tacha signed a multi-million deal with Oppo, a mobile tech company based in China.