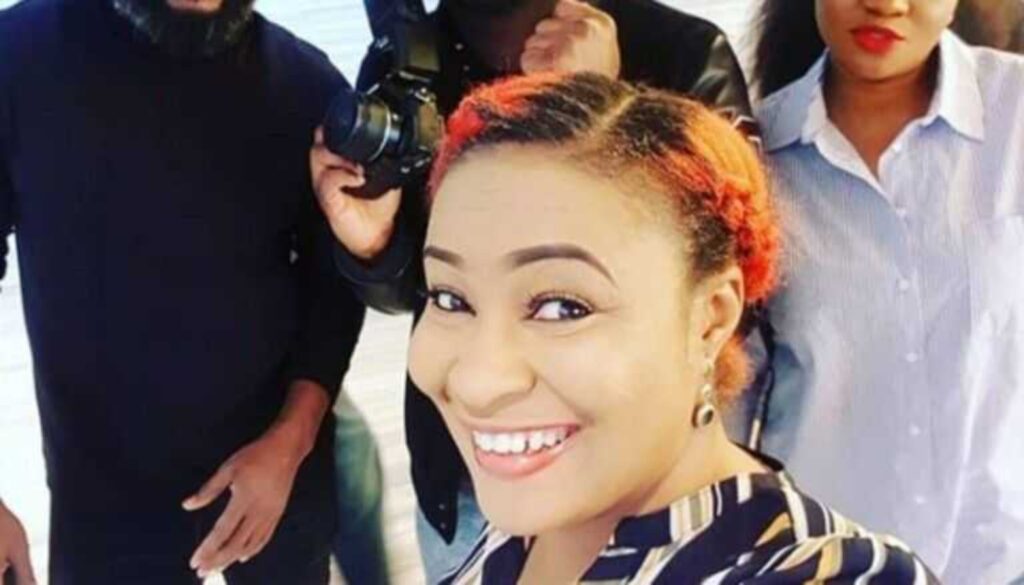 Doris Simeon a multi-business woman is a renowned Yoruba/English actress, television presenter, model, event manager, television personality, and philanthropist. She had joined the Nollywood movie industry back in 2001. Doris featured in her first Yoruba movie titled “Oloju Ede” which earned her a nomination for “Best Supporting Actress” the Africa Movie Academy Awards, drawing attention to her. We will be writing about Doris Simeon Biography, her husband whom she separated from, and her son. First, let’s look at her profile.

Doris Simeon was born on 22 July 1977. in Lagos, the western part of Nigeria, she raised and schooled both primary and secondary levels in the Ojota area of Lagos. Doris hails from Benin state, Okpella precisely, she graduated from the PEFT Institute, where she studied movie production management. Doris is an actress who also doubles as an MC (master of ceremony) and TV show host.

Doris Simeon’s movie career began when she played a role in three episodes of the “Papa Ajasco” a Nigerian comedy series. She also featured in Nollywood films like “Oloju Ede”, which sprang her to fame, “Alakada”, “Ten Million Naira”, “Modupe Temi” and “Eti Keta”. In 2010, Doris played the role of deceased Da Grin’s girlfriend in “Ghetto Dreamz” and also co-produced “Omo Iya kan”.

Doris’s Simeon ex-husband later got married to another movie actress Stella Damascus. Currently, Doris Simeon’s son, David Ademinokan, 13-years-old as of 2021, lives in the United States with his dad Daniel Ademinokan. Doris was allowed to visit her son in June 2018. The mother and child were seen enjoying their time out together. Daniel Ademinokan, Doris’s ex-husband, however, didn’t refuse to post the pictures of the boy and his mother on his Instagram page. He posted it with the caption

“Spent the entire weekend buried in a studio editing but I had to come up for air for this. Don’t believe everything you read on blogs. They’ve gotta stay sensational to make a dollar. It’s all good in the Hood.”

However, In an interview with NET, Doris Simeon revealed that she is open to getting married again adding that she is not God, only God can say and it’s not a closed-door for her when it comes to marriage.

Doris is one of the Nollywood actresses who failed in marriage. She was once married to a movie producer and director called Daniel Ademinokan. Doris and Daniel met on a movie set where love bound them. Together the couple bore a son, David Ademinokan but separated in May 2013 with a subsequent court divorce. However, Doris Simeon found love again, she got married to Taiwo Oduala in the USA.

Being one of the notable female actresses in the Nigerian movie industry, Doris has bagged several awards including;

Doris Simeon is currently one of the richest and most influential actresses in the Nollywood movie industry with an estimated net worth of $500,000. She is a brand ambassador for Ribena and an award-winning actress.