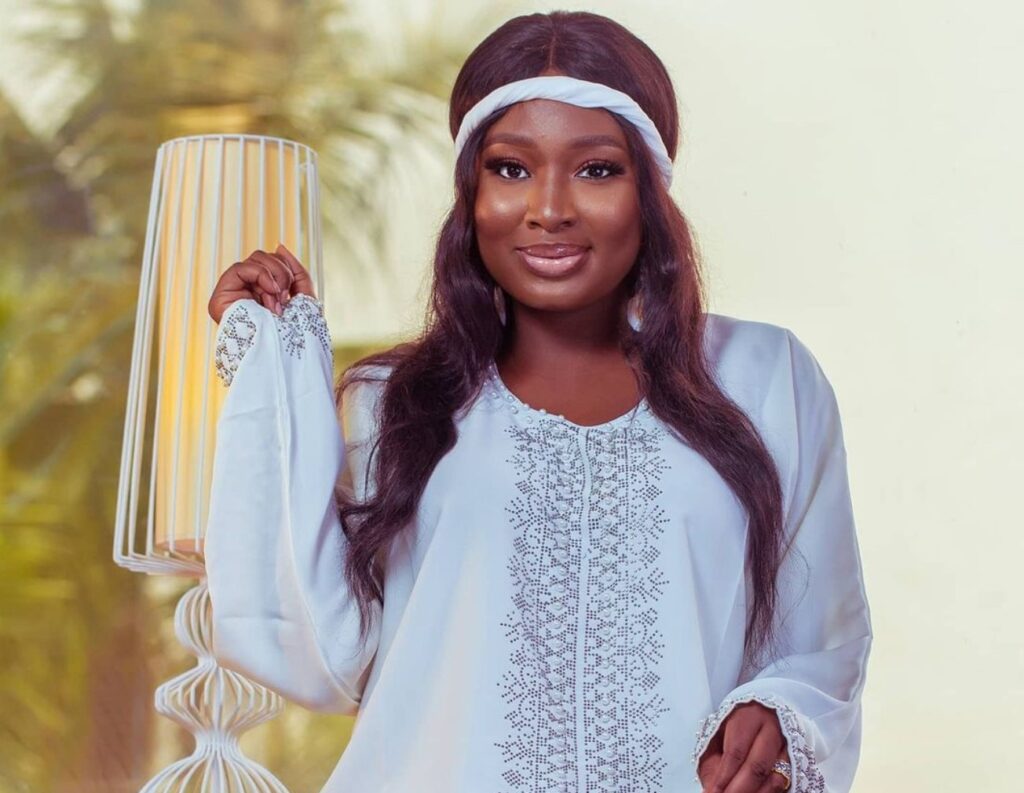 Oyebade Adebimpe who is also known as Mo Bimpe is a Nigerian actress born on 23rd March 1997. As of 2020, the brilliant actress is 23 years old. She is the actress who was mentioned to be in a relationship with Lateef Adedimeji, a rumor she has debunked. She is not married and there is no report she is in any relationship. The award-winning actress, Oyebade hails from Ijero Ekiti in Ekiti State. She was born into a Christian family of 6 children where she happens to be the last child. Her acting career began in 2016 and she also doubles as a model. Let’s now go into details, Oyebade’s biography, her acting and modeling career, and her net worth.

Oyebade Adebimpe was born on 23rd March 1997. She is a native of Ijero Ekiti in Ekiti State, a state predominated by the Yorubas and situated in the southwestern region of Nigeria. The Yoruba born actress was born into a family of 5 children of her parents and she is the last of them as she grew up in Akure, Ondo state. She picked up the traits of her father who is a renowned historian best known for his storytelling. During her primary and secondary school days, she attended Asset College and Omelete school. She proceeded to study English at Ekiti State University (EKSU), Ado Ekiti. Oyebade completed the National Youth Service Corps program in Benin, Edo state.

Oyebade is not married and there is no report of her being in any relationship. She was once connected to being in a relationship with Lateef Adedemeji, but she blew off that rumor in a recent interview. She sees her ideal husband as someone presentable, honest, and God-fearing. She is a devoted Christian and loves being simple.

Oyebade Adebimpe started her career as a model. Before she became popular, she went through the stress of getting through an auction process. She began her journey as a model in 2016, and ever since she worked very hard and made it to Nigeria’s model hall of fame. She now models for an agency (GnG models). She has worked on various projects with top brands such as House of Tara and Glam Cosmetics. She runs a fashion outfit, Mo luxury, where she sells fashion items and collaborates with other brands. She also runs a skincare business, Just Horganiks.

She made her way into the Nigerian movie industry, Nollywood, by going for auditions she came across on social media. Her first role was “Onikede” in a movie by Yomi Fabiyi titled, Agbede Meji, and directed Abbey Lanre. She wasn’t stunned by the challenging roles from Abbey Lanre who is known to be strict. She simply followed his instructions carefully and performed exceptionally. Her first movie brought much attention to her. Her parents were supportive and gave all the encouragement she needs to pursue a career in the movie industry. Oyebade has featured in several movies counting up to 50. Some of which include;

Oyebade Adebimpe’s biography admits that she came into the movie industry in 2016, and in only 4 years, she has achieved enviable feats, thanks to the passion she bore since her childhood. She has always wanted to be a newscaster and an actress, but she ended up a model and actress. Her skillful acting landed her a role in a commercial with a popular movie producer and director, Kemi Adebita whom she admires. She looks up to top actors and actresses in the movie industry such as Omotola Jalade, Ramsey Nouah, and Genevieve Nnaji. She has won few notable awards in the movie industry including;

Oyebade also got nominated for the following awards;

Oyebade Adebimpe is described as one of the richest actresses in Nigeria. Her net worth is an estimated $700,000 according to keninfo.com. The talented actress is the CEO of a trendy fashion business and a skincare company, both of which fetches her millions. She has produced a couple of movies that made huge sales on release. She is the ambassador of top brands such as;