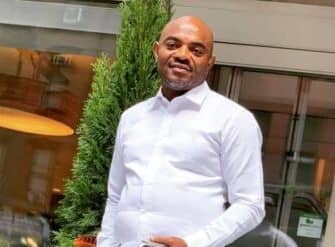 Emeka Rollas is especially known for featuring in blockbuster movies like Beyond Reason (2004), Last Warning 2 (2002), and Last Warning 1 (2002). In this post, I will share with you Rollas’ biography, career, net worth, marriage, children, age, and some other interesting things you probably didn’t know about him. Before we continue, let’s take a quick look at his profile.

Especially famous for being a Nigerian film actor and for featuring in blockbuster movies like Beyond Reason (2004) and Last Warning 2 (2002), Ejezie Emeka Rollas was born in an undisclosed year on an undisclosed date and month.

Born and raised in Anambra State, Emeka spent most of his childhood years in the South-Eastern part of Nigeria. Moreover, he had his primary and secondary school education there.

Kick-started his career in the Nigerian movie industry, otherwise known as Nollywood, in 1997 while he studied Mass Communication as he organized talent shows and drama. He has been in the industry for as long as two and a half decades.

With “Hilda”, and “The Mighty Woman,” being his first set of movies, Emeka was introduced to the industry by a friend. Before the formal introduction to the movies, however, Emeka Rollas had acted as a drama icon in his school.

Then, he would organize talent and drama shows, where people from inside the institution would watch and perform.

Side by side, on the 31st of October 2019, he won the seat of the President of the Actors Guild of Nigeria, AGN. This is the second time he is occupying the office since 22nd August 2017. Emeka Rollas is described as the most peaceful actor in the industry. Moreover, he has featured in over 50 movies since he started his career.

Under the leadership of Emeka Rollas, AGN launched a foundation, which serves as a platform to unite actors and actresses in Nigeria. The foundation looks to take care of the needs of veterans and celebrities in the movie industry, and also reach out to the downtrodden in Nigeria as part of the foundation’s Corporate Social responsibility. However, Emeka’s duty and decisions as the president of AGN have not been without criticism from members such as Kate Henshaw and Hilda Dokubo.

Expectedly, he has received many awards, most of which were to partly compensate him for his contributions to the industry. These are some of his awards, in no particular order:

Ngozi Ugbonta Rollas is the name of Emeka’s wife with whom Emeka had two beautiful daughters. As it is, the love-duo has been married for almost two decades and counting—18 years, if not more.

Well, details of Emeka’s age have remained a hidden piece of information. Keeping most of his life private, Emeka probably didn’t find sharing details about his date of birth worthwhile.

Ejezie Emeka Rollas has an estimated net worth between $500,000 and $1 million. He earns his net worth from his career in the entertainment industry as a movie actor and filmmaker.