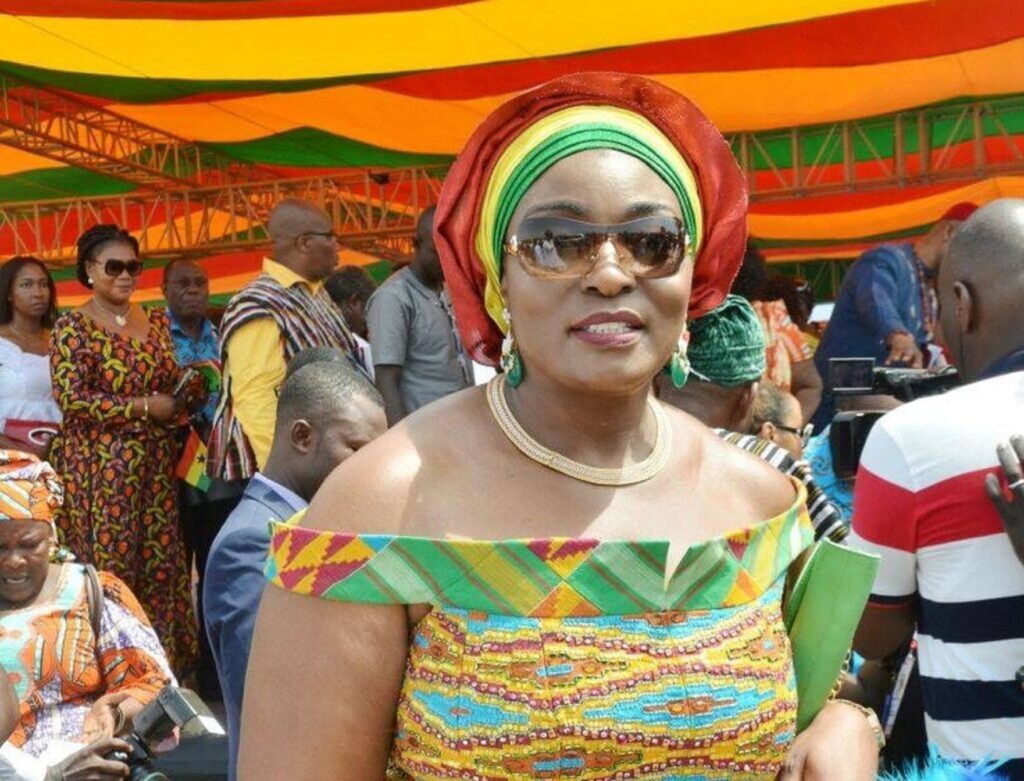 Gifty Lamptey is a renowned Ghanaian entrepreneur and philanthropist. She is well known for her business versatility and prowess. She is CEO of the Sidalco group of companies which is the mother of subsidiary companies such as Sidalco Fertilizers Limited, Dominion International Petroleum Limited, Sidalco Construction, and Roads Limited, DEL Estates, and Empire Concretes Limited. Sidalco group was created in 1992 with leading products like Sidalco liquid fertilizer and other agrochemicals as well as agricultural machinery. Her products and services that have dominated the Ghanaian trade market to date.

Gifty Lamptey was born on 22nd June 1965 in Ghana. The 55-year-old (2020) businesswoman was one of the wives of late David Lamptey who died on 5th December 2012. She completed her high school education in 1984 at Keta Secondary School and later moved to Ho Polytechnic in 1985 where she studied Advanced Catering and Institutional Management graduating with an HCIM in 1988.

After she graduated from the polytechnic, she got a job at Ambassador Hotel as In Charge of Catering Services in 1985.

She holds a Bachelor’s degree in Christian Psychology and bagged a Masters Degree and an Honorary degree from Dayspring University, the USA in 2014. She got an Honorary Degree from Alfred Nobel University, Ukraine in 2018 due to her commitment to women empowerment.

Gifty remains a single mom of her only son. She is the largest individual shareholder and occupies the position of Managing director of Sidalco Ghana Ltd.

She lives in Accra, Ghana.

Gifty is a respected entrepreneur in Ghana, not only is she a businesswoman, but she is also a philanthropist who has aided the lives of many women in Ghana through her non-governmental charity organization, the Ladies of the Cross International Ministries. The NGO is a non-denominational Christian group set to empower women.

Her philanthropic gestures won her the Top SuperWoman Award in Ghana for her enormous influence on the Ghanaian society in diverse ways.

Gifty Lamptey is the largest individual shareholder in Sidalco, one of the largest fertilizer distributors in West Africa. The businesswoman and mother of one inherited an estate and fertilizer company from her late husband, making her the second richest woman in Ghana.

Gifty Lamptey net worth is about $135 million. She stands as the second richest woman in Ghana

She is currently the CEO of Sidalco Group of Companies and is set to build a multi-million 45,000 metric tonnes fully automated storage and loading gantry in the heavy metropolitan area of Tema, Ghana. A move that will put her first in the agro-business in Ghana.

How Gifty Lamptey became a millionaire

Sidalco is one of the largest Cocoa producers in Ghana and it remains one of Gifty Lamptey’s sources of income. She joined the food processing business in 1990 and progressed to exporting mushroom, papaya, and pineapple to International markets years later.

She started Gemanuel, a Civil & Building Construction Business to diversify her source of income and moved into agro processing with her late husband, Hon. David Lamptey. They both established the Sidalco company which is now licensed as a Bulk Oil Trading Company.

She and her late husband picked interest in agro fertilizer during a tour of food processing exhibitions in the United Kingdom. They initially used it to increase the production rate and quality of the fruit produced by their company. They later introduced the agro-fertilizers to the Ghanaian market due to the success they recorded on their farm. Regardless of the weather, the agro-fertilizers were easily absorbed by the plants, unlike conventional fertilizers which requires much rainfall to dissolve it into the plants. Gifty Lamptey’s net worth is estimated to be $135 million.