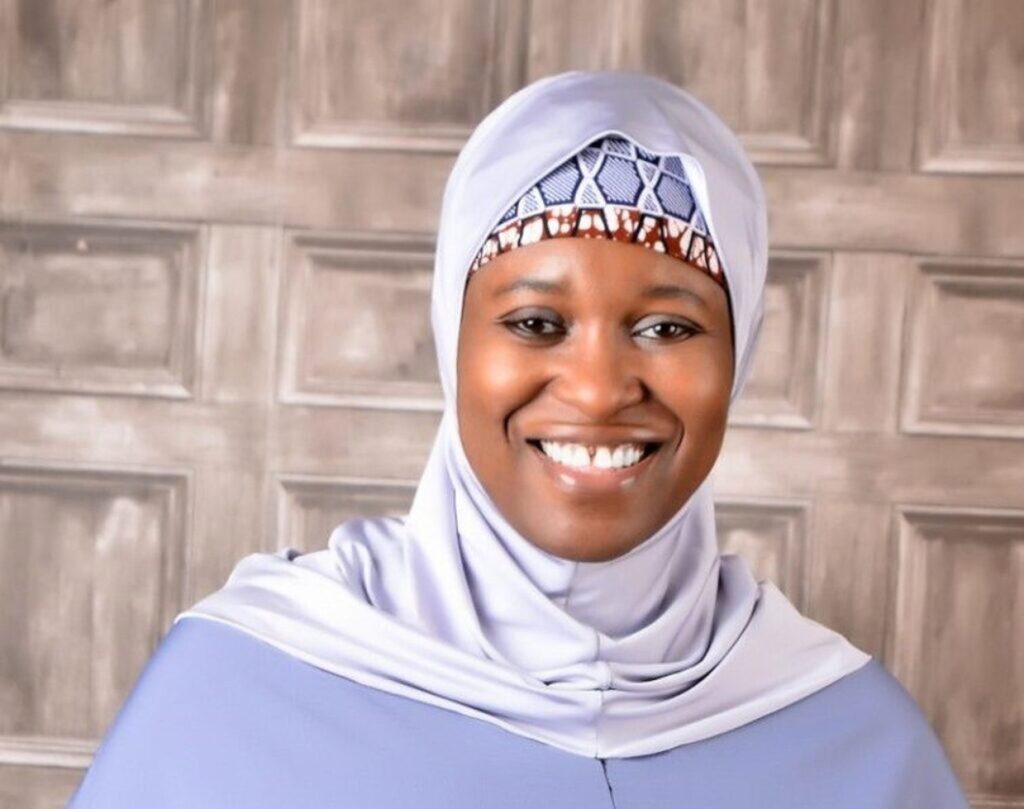 For this post, we will be writing about Aisha Yesufu’s biography, which includes her age, husband, Marriage, Father, and state of origin. This post will contain facts about Aisha Yesufu that you probably didn’t know.

A lot of Nigerian assume that Aisha is from a northern state in Nigeria due to her hijab dress code. But, we will clarify all that as let you know of the correct details about her. Let’s take a quick overview of her profile.

Aisha Yesufu is a renowned activist and entrepreneur from Edo state born on December 12, 1974. The 46-year-old (2020) independent activist became very much popular following the EndSARS protest which is currently ongoing in Nigeria as of the time of this post. Aisha stands bravely against the police brutality and bad governance in Nigeria.

She became an inspiration and motivation to the youths for a better Nigeria.

She was born in Kano State, Nigeria but she hails from the Etsako tribe in Edo State. She wasn’t born into a well-to-do family but her father lost everything during the Buhari led administrations.

During an interview with PUNCH, she told PUNCH that her father who was a Higher National Diploma holder was financially stable until 1984 when he lost everything under the Buhari military administration.

Her resistance to the ills of society was innate since her childhood. She didn’t succumb to getting married off at a tender age and didn’t have any female friends either cause most of them were wedded out at a tender age.

She pursued education despite the unrest in the northern regions. She attended Uthman Dan Fodio University in 1992 but left the institution due to a crisis in the region.

She later enrolled at Ahmadu Bello University, Zaria to read medicine but didn’t complete there due to the murder of a professor.

She completed her university education at Bayero University in Kano to study Microbiology.

Where I grew up in Kano State can be compared to a ghetto, in fact, some people call it the Ajegunle of Kano where you have a lot of drug users, street children, almajiris, and using drugs was very normal over there. If you were not into drugs in that area, you were seen as an odd person. By the time I was 11 years old, I did not have any female friends because all of them had been married off but I wanted to be educated and leave the ghetto.

Aisha Yesufu is married to Aliu. She got married to him in 1996 when she was 22-year-old in university, and their marriage is blessed with two children, a son, and a daughter.

She met her husband on December 13, 1996, during her uncle’s bachelor’s party. Her husband, Aliu, who is also from Edo state is a chartered Accountant and has been in the sector for than 30 years

Yesufu is an unbiased Nigerian socio-political activist, and an icon of the Bring Back Our Girls (BBOG) movement that brought to attention the abduction of over 200 girls from a secondary school in Chibok, Nigeria, on 14 April 2014 by Boko Haram.

Aisha Yesufu was also amongst the women protestors who marched at Nigeria’s National Assembly, in the nation’s capital, Abuja, on 30 April 2014.

She fearlessly led the EndSARS protest in October 2020. She stood boldly against the oppressing police personnel who harassed peacefully protesting Nigerians. She said she is not scared of dying any longer.

Yesufu is an entrepreneur and has been doing multiple businesses since 2000. After her schooling, she ventured into business and remained a sole-entrepreneur since then.

Currently, She is the founder of the Oceangate Distribution Service that imports Alim Tomatoes. She is also the CEO of Aliyyah and Amir Ventures Limited, a business that involves the trading and distribution of general merchandise and raw materials in Nigeria.