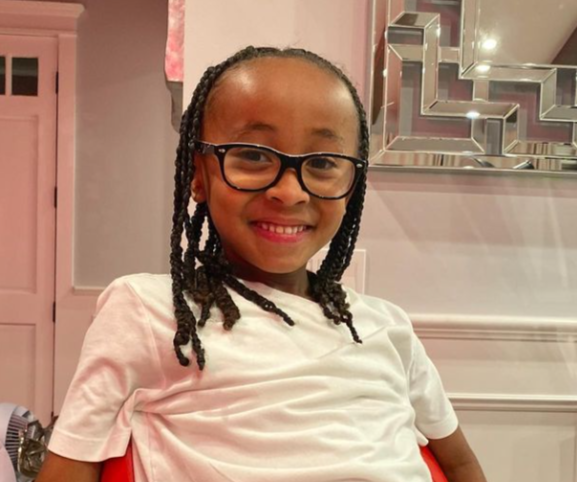 Who is King Cairo Stevenson?

King Cairo Stevenson is widely known for being the first son of famous American celebrities Tyga and Blac Chyna. King’s father, Tyga, is a famous American rapper and songwriter known for being the artist behind hit singles, including “Still Got It” (featuring Drake), “Rack City,” “Faded” (featuring Lil Wayne), “Make It Nasty,” and “Far Away” (featuring Chris Richardson). On the other hand, his mother, Blac Chyna is an American fashion model and social media influencer who rose to the spotlight in 2010 after appearing in the “Monster” music video by Kanye West as the stunt double for the famous American hip-hop star Nicki Minaj.

I will write about King Cairo Stevenson and other exciting things you probably still need to know about him. Before I continue, let’s take a glance at his profile summary.

King Cairo Stevenson was born on October 16, 2012, in Los Angeles, California, in the United States of America, and is 10 years old — his zodiac sign is Libra. King is the only son and child of celebrity lovers Tyga and Blac Chyna. He has an ancestry traced back to the Afro-American ethnic group and is classified under the African-American population — his father has Jamaican and Vietnamese heritages. He has a black skin color, a pair of beautiful eyes, and black kinky hair, which his parents help him braid most of the time. He stands four feet four inches above the ground, estimated to be either 1.3 meters or 132 centimeters.

King Cairo Stevenson’s parents, Tyga and Blac Chyna met each other for the first time on October 5, 2011, at The F.A.M.E. Tour After Party hosted by the famous singer & songwriter Chris Brown on October 5, 2011. This party was said to have been held at ‘King of Diamonds,’ a famous club in Miami. According to reports, King Cairo Stevenson’s parents, Tyga and Blac Chyna started dating less than a month after their first meeting in November 2011, so Blac Chyna got pregnant with her first child a few months into their relationship.

In March 2012, the lovers posted the cover image of ‘Urban Ink Magazine’ on their social media accounts. The photo shoot gave the media the impression that Blac may be pregnant with Tyga. After King’s parents could not hide the claims that they were expecting their first child together anymore, they confirmed the news to be accurate, giving the media, even more, to talk about — talking about a wave of excitement looming over online news platforms because most of the news agencies and their audiences hoped their speculations were true and it would later be.

On the occasion of King Cairo Stevenson’s birth, his father, Tyga, acquired a mansion worth 6.5 million USD in Calabasas, California, in the United States. According to sources, this mansion was meant for the his family to spend the rest of their lives together. Unfortunately, King’s parents separated in 2014 when he was barely two years old. And because of the controversies behind his birth and his parents’ estranged relationship, King Cairo became the most searched personality at the time.

Although his parents had parted ways, the need to show Stevenson that they were responsible parents and cared for his well-being reunited them. Sources say King’s parents reunited in October 2017 and were spotted together in Los Angeles, taking Cairo Stevenson to the famous Los Angeles theme park, ‘Six Flags Magic Mountain.’ Looking at the time of this event, a source purports that they reunited to celebrate Cairo’s fifth birthday together.

Now, King Cairo Stevenson has a half-sister named Dream Renée Kardashian, 6 years, whom his mother had from her relationship with Rob Kardashian after her relationship with Tyga ended. Dream Renée Kardashian, born November 10, 2016, joined them in this family outing ahead of Cairo’s birthday. After his parents reunited, King stayed at his father’s $6.5 million mansion; a mansion that has about seven bedrooms, eight bathrooms, a waterfall, a swimming pool, a spa, a gym, a sports court, a theater, an in-ground trampoline, and fireplaces. This $6.5 million mansion is close to famous American music stars’ residential homes, including Justin Bieber’s multi-million mansion and Travis Barker’s.

King Cairo Stevenson’s father, Tyga (pronounced as tiger and translating to the backronym for Thank You God Always), was born Michael Ray Nguyen-Stevenson on November 19, 1989, in Compton, California, in the United States of America, and is 33 years old. He spent his formative years in Compton, California, with his parents, Pasionaye Nguyen and Mr. Stevenson, who are said to have Vietnamese and Jamaican heritages, respectively. At the age of eleven going twelve, Tyga moved to adjacent Gardena.

Also known as T-Raww, Tyga started his career in the American music industry in 2004 at fifteen. He started as an independent artist, releasing several songs to his name. In 2008 when he was nineteen years old, he signed recording contracts with Young Money Entertainment, Republic Records, and Cash Money Records. He made his major label debut in 2011 at 22 with the release of the studio album “Careless World: Rise of the Last King,” which includes several singles which became instant hits. “Make It Nasty, Rack City, Faded (featuring Lil Wayne), Still Got It (featuring Drake), and Far Away (featuring Chris Richardson) are some of the successful singles from his debut.

Following the success of his debut album, King Cairo Stevenson’s father, T-Raww, in 2013 and 2015 at 22 and 26, respectively, released his second and third albums in collaboration with Singer-songwriter Chris Brown titled “Hotel California (2013)” and “Fan of a Fan: The Album (2015).” As a rapper, Tyga’s genres range from Hip hop music to Contemporary R&B, and then Gangsta rap, West Coast hip hop, and Pop rap. Having been in the game for more than a decade and a half now, Tyga has won several awards and has been nominated by several entertainment companies. He is a one-time Soul Train Music Award for Best Dance Performance award winner and a Grammy Award for Best Melodic Rap Performance nominee.

As a successful entertainer, Michael Ray Nguyen-Stevenson is the founder of Last Kings Records and Entertainment. He is also the brain behind the widely watched television show “Kingin’ with Tyga.” His official website is tygamusic.com. On another note, these are some of King Cairo Stevenson’s father’s discography;

Following his success in the music industry, King Cairo Stevenson’s father, Tyga, started a career in the movie industry. Arranged in no particular order of sellouts or relevance, these are some of his movies and television series, including;

King Cairo Stevenson’s mother, Blac Chyna, was born Angela Renée White on May 11, 1988, in Washington DC., in the United States of America, and is 34 years old. She started her career in the entertainment industry in 2008 at 20, rising to the limelight in 2010 at 22 after appearing in Kanye West’s music video for his “Monster” single as the stunt double for Nicki Minaj. She amassed more fame after being name-dropped in Drake’s single “Miss Me,” an event that led to her making appearances and features in a couple of magazines. Black Men’s Magazine, Dimepiece, and Straight Stuntin are some of the most prominent magazines that featured her in their papers around that time.

As a fashion model, King Cairo Stevenson’s mother, Blac Chyna, has undergone several surgeries to enhance her looks further, talking about breast enhancement, buttock augmentation, and, recently, surgery to reduce the size of her chest. She is the founder and owner of the make-up brand, “Lashed by Blac Chyna,” which she founded in 2014. Also, she is the C.E.O. of an Encino, Los Angeles-based beauty salon and the brain behind the widely watched reality television shows “Rob & Chyna and The Real Blac Chyna.”

Looking at her Instagram page, where she now has over 16.5 million followers, Blac Chyna owns other high-selling beauty and fashion brands. She created a personal account on the forum under the username @blacchyna. And well, she is the founder of Blac Chyna Closet, a clothing brand that now has over 47.1k thousand followers on Instagram with the username @blacchynacloset – her business email address for this brand is BlacChynaCloset@BlacChyna.com. She is also planning on launching a fitness brand, Get Fit With Blac Chyna, and a food brand, Cooking with Blac Chyna.

More so, she is the owner and founder of Lashed Cosmetics (@lashedcosmetics on Instagram), with over 227k thousand followers. Since its creation in July 2013, this brand has been verified on Instagram and has made over 402 posts. King Cairo Stevenson’s mother, Blac Chyna, sells beauty products ranging from highly pigmented lipsticks and enhancing eyelashes to radiant skin care products for every skin type.

Aside from modeling and selling beauty products, Blac Chyna is a television series/show actress and hip-hop & rap music star. In no particular order, these are some of her songs, including;

These are some of King Cairo Stevenson’s mother’s television shows appearances, including;

King Cairo Stevenson does not have an estimated net worth. However, his father, Tyga, has an estimated net worth of about $7 million. In contrast, his mother, Blac Chyna, has a net worth of about $5 million — although sources claim that she could be worth between $10 million and $12 million. King Cairo Stevenson’s father is on Instagram with the username @tyga. He joined the forum in September 2011 and has over 37.9 million followers.

Since you are still here, please let me know your thoughts about King Cairo Stevenson. Is he one of your favorite celebrity youngsters? Tell me all about it in the comments section.