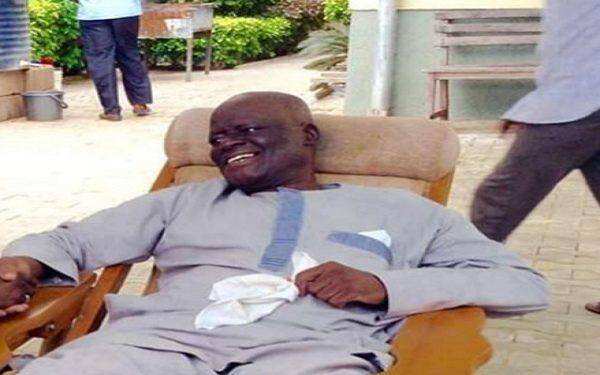 Late Hon. Nuhu Poloma was a quick-witted politician and the father of popular Kannywood actor, Ali Nuhu. He was serving as the chairman of the Gombe state chapter of the Peoples Democratic Party (PDP) before he passed away. He was born on the 2nd of September 1941 at Gelengu, Bauchi. Read up Nuhu Poloma’s biography which covers basic information on his early life, and political career.

Nuhu Poloma, the father of renowned the popular Kannywood actor was born on 2nd September 1941. He was 2nd child born into a family of six. His father, Mallam Yarda Poloma was a teacher at Gelengu in Gombe State while his mother is Madam Sindaba Poloma. He was married to Mrs. Ansa Poloma (nee Obong) and their marriage was blessed with four children – Ali Nuhu, Kabiru Nuhu, Samaila Nuhu Poloma.
Nuhu had his primary and secondary education in S. I. M. Schools in Gelengu, Gombe state, from 1951 – 1958. He then proceeded to P. £r T. School in Kaduna where he obtained a Territorial Training Certificate after schooling for 2 years, from 1960 – 1962. He was at the Federal Training Center (F.T.C.) Kaduna from 1963 to 1964 and obtained a Certificate in Secretariat Studies. In pursuit of a higher educational certificate, Nuhu averted the Nigerian civil war when he traveled to the USA to further his education. He graduated in 1975 from the College of Customs in Washington D.C, USA, and received a diploma in Customs and in International Intelligence.
Hon. Poloma returned to Nigeria and joined the Nigerian Customs Service. He was promoted to Senior Assistant Collector of Customs in 1976. When he left the Nigerian Customs service, he was appointed the Director of Yankari Dallas Limited where he worked from 1976 to 1979. He was the House of Representatives of Tangale-Waja North, Bauchi State under the N.P.N (a defunct political party, 1979–1983).
Hon. Nuhu Poloma died on 8th June 2020.