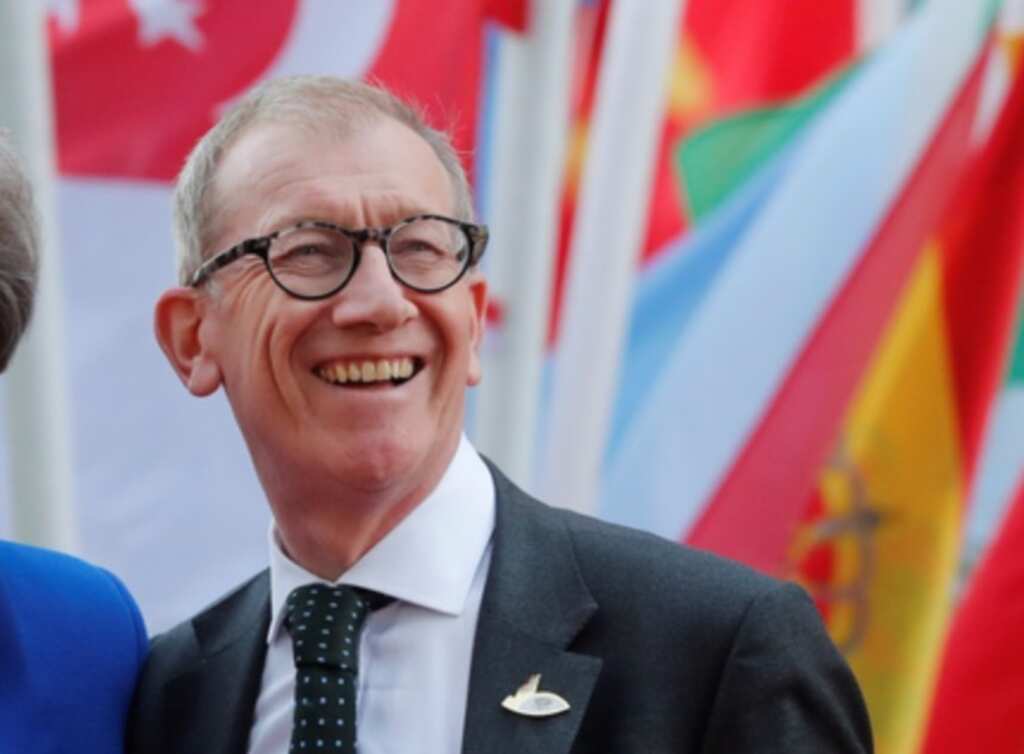 Who is Philip May?

Philip May is the husband of the former British prime minister, Theresa May who held that position from July 13, 2016, to July 24, 2019. He is a very supportive husband who is also a supporter of his wife’s party called The Conservative Party. Boris Johnson knighted him in 2020 for his political services.

In this article, I would be writing about Philip May biography, age, nationality, wife, job, net worth, and other facts about him. First, let’s take a look at his profile below.

Sir Philip John May was born on September 18, 1957, in Norwich to John, a shoe salesman, and Joy, a part-time French teacher. He was interested in politics right from a young age and he spent his childhood in Wirral, a peninsula in North-Western England. Philip attended college grammar school in West Kirby and he furthered his education by attending Lincoln College, Oxford where he was elected President of Oxford Union in 1979.

Philip is a strong member of the Conservative party and he is a one-time chairman of the Conservative Party Wimbledon Constituency. Apart from politics, he is an investment relationship manager and he started his career as a stockbroker in 1979 the same year he was elected President of Oxford Union. He has worked with companies like de Zoete & Bevan, Prudential Portfolio Managers, Deutsche Asset Management, and Capital Group where he started his career in 2005.

Theresa May is one of the most powerful women in British politics and she was born on October 1, 1956, in Eastbourne Sussex to Zaidee Mary and Hubert Brasier, a clergyman. Her father was a clergyman in the Anglo-catholic church and her mother was a supporter of the conservative party which she would later grow up to represent. Theresa was well educated and she attended Heythrop Primary School thereafter, she proceeded to attend Juliana’s Convent School which was closed in 1984.

She attended Holton Park Girls grammar school which is now known as Wheatley Park Comprehensive school and she also attended St Hugh’s College a constituent college of the University of Oxford and this is where she met her husband Philip May. She always had political ambitions right from a young age and her political career started in 1986 where she served as councilor for Durnsford ward. Throughout her political career, she has held positions like Leader of the conservative party, Home secretary, Minister for women and equalities, Chairwoman of the conservative party, and Prime minister of the United Kingdom.

Philip May was Knighted in 2020 for his political service by Boris Johnson the prime minister who took over after the retirement of his wife Theresa May.

Philip May Net worth

Philip May is the husband of a former Prime minister however, he is successful in his own field and has an estimated net worth of $5million.