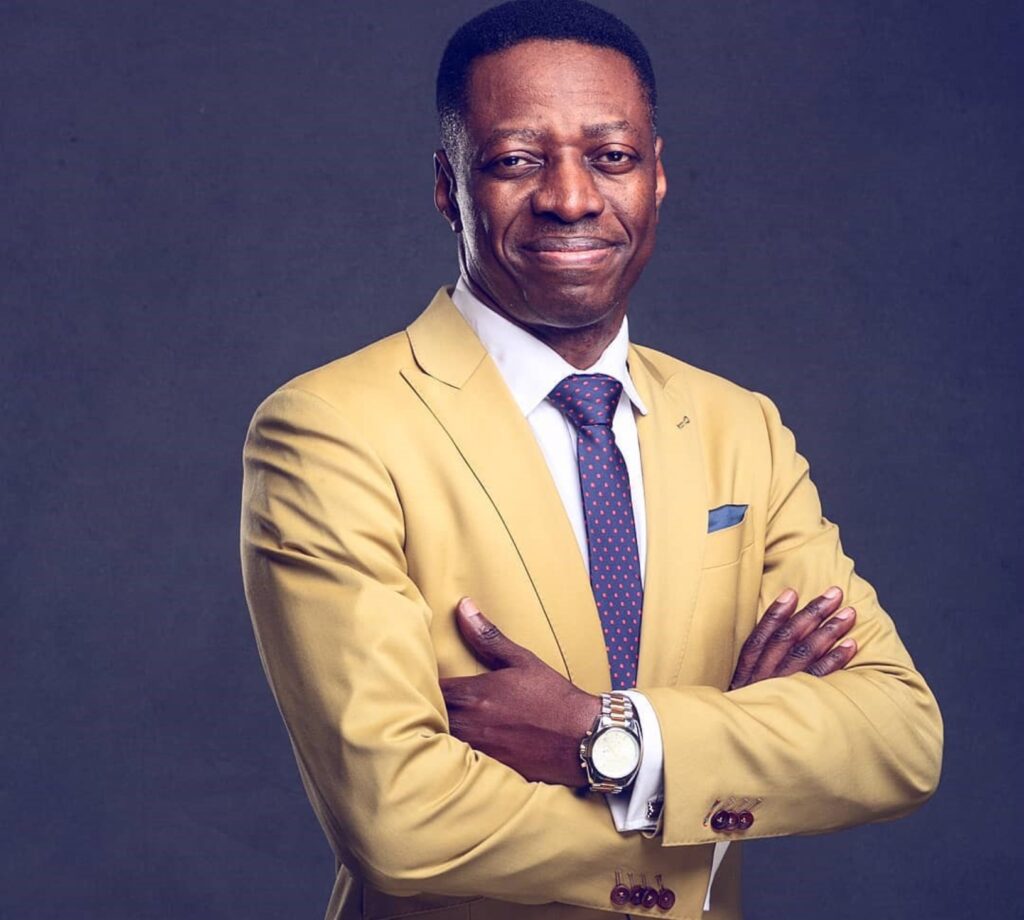 Who is Pastor Sam Adeyemi?

Pastor Sam Adeyemi is the Coach and host of the motivational program, Success Power, which airs on radio and television stations around Africa and in Europe.

Pastor Sam Adeyemi has addressed audiences in the United States, Canada,
Germany, United Kingdom, South Africa, Nigeria, India, and many other countries. In 2015 and 2017, he addressed the audience at the Global Leadership Summit, a global conference attended by over 40,000 leaders in 130+ countries.

He is inspired by Bishop David Oyedepo of the Living Faith Church, Winners Chapel.

In this post, I will be writing about Pastor Sam Adeyemi’s Biography, age, children, wife, net worth, churches, books, and TV programs. First, let’s look at his profile.

Pastor Sam is brother to Victor Adeyemi, who is also a Pastor. They started ministerial works in the Rhema chapel in Kwara state.

Pastor Sam obtained his Higher National Diploma (HND) certificate at the Kwara State Polytechnic, where he studied Civil Engineering. In 2008, he moved to the University of Exeter where he undertook a Leadership Studies course and graduated with a Masters degree in 2011. Six years later, in 2017, Pastor Sam moved to Regent University, Virginia, the USA for his Doctorate in Strategic Leadership.

Pastor Sam Adeyemi is married to Adenike Adeyemi, and their marriage is blessed with three children. He met his wife, Adenike Adeyemi in his church and they got married in 1993. According to his wife, it was not love at first sight as many assumed it to be.

I really did not have much feeling for him, but as time went on I heard God tell me that he was the man for me.

Adenike Adeyemi is in charge of an organization called “The Real Woman Foundation” that was founded in 2001.

Pastor Sam Adeyemi and his wife have three children, two daughters, and a son. The first daughter, Sophie Adeyemi graduated with a master’s degree from Emory school of law in Atlanta, Georgia, USA. While their son Tyke David Toluwani Adeyemi has a Bachelor of Arts degree from the same institution. His second daughter’s name is Adora Adeyemi.

Pastor Sam Adeyemi started as a Pastor at the Rhema Chapel in Kwara State with his younger brother, Victor Adeyemi. He rose to the position of Director of Pastoral Care, an appointment he received from Rev. George Adegboye. He was later made the Minister in Charge before he was posted to the church’s branch in Lagos state.

While in Lagos Pastor Sam Adeyemi felt his ministry was becoming stale, so in April 1994, he decided to go on prayer and fasting spiritual exercise with his wife, Adenike Adeyemi. According to him, his prayers were answered in July 1994 with a clear instruction from God to start Daystar Christian Center and Success Power International. He initially started teaching on the radio. He then established Daystar Christian Centre and Success Power International on the 18th of November 1995.

In 1995, Daystar Christian Center had its first service at Eko Chinese hotel on Allen Avenue, Ikeja Lagos on 19 November 1995.

At the initial state, Pastor Sam found it difficult to hold the church together. He was not able to pay the rent, and he had settlement issues with the manager of the leased space. Today the Daystar Christian Center is worth more than N2 billion and is still rapidly growing with activities online, on-air and offline.

Sam Adeyemi established Success Power International in 1995 with the sole aim of helping people realize their life purpose and maximize their potential. It’s more like a motivational outfit that reaches out to people through telecast, radio broadcast, seminars, audio, video materials, and books.

The vision for Success Power International is to help individuals realize their purpose and destiny in life, impart them with the knowledge that will help them discover, develop, and maximize their God-given potentials.

The academy was created by Pastor Sam Adeyemi to raise exceptional leaders and role models that would transform the world. The school impacts Leadership and Management Skills to help people manage themselves, their family and organizations.

More than 40,000 students have graduated from the academy since its establishment.

Pastor Sam Adeyemi is a Principal Consultant at Forbes.com. His area of focus is Executive Coaching, Leadership, and Business Growth. He brands himself as Sam Adeyemi GLC Inc. a Leadership Consultant firm located at 2002 Summit Blvd NE, Atlanta, GA 30319, USA. And he has worked with firms such as FirstBank and Rainoil.

He is concerned about the younger generation and he inspires them with life-changing posts on his Twitter social media handle – @sam_adeyemi. He has 1.3 million followers on Twitter and more than 700,000 followers on Instagram – @thesamadeyemi.

Pastor Sam produces and markets his books through his publishing firm, Pneuma Publishing. Pneuma is a Greek word for breath and it is used in a religious context to mean soul.

Below is a list of books authored by Pastor Sam Adeyemi.

Pastor Sam Adeyemi is one of the richest and respected pastors in Nigeria with an estimated net worth of $5 billion.

Although he is wealthy, he is not known to flash it all over social media or in appearance. He owns two luxurious cars, Lexus LX570 and 2008 model Mercedes-Benz S 350, he doesn’t own a private Jet.

M.I Diss track to Vector (Lyrics) – A father to son advice or a diss track ?