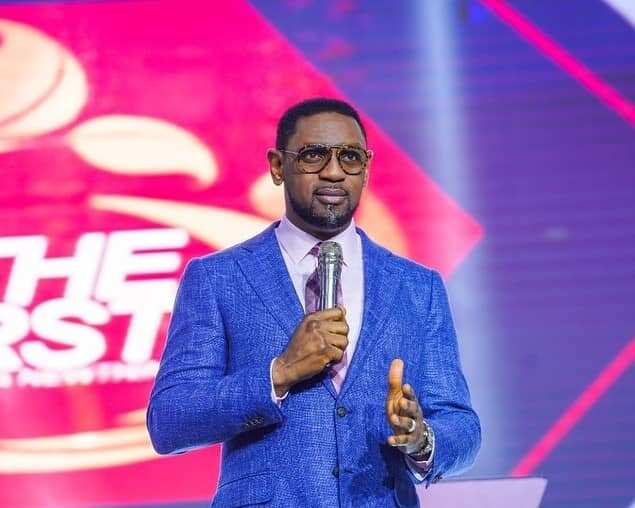 Who is Biodun Fatoyinbo?

Pastor Biodun Fatoyinbo is the senior pastor of the Commonwealth of Zion’s Assembly. Most Nigerians already know something about Pastor Biodun Fatoyinbo, the person in focus today, senior pastor and general overseer of COZA – (Commonwealth of Zion Assembly). Bidoun Fatoyin is the founder and general overseer of the renowned church in Nigeria, Common Wealth of Zion’s Assembly with the acronym COZA which started in 1999. The church has its headquarters in Guzape Hills, Asokoro Extension, Guzape, Abuja. Pastor Biodun made the news last year on a series of scandals surrounding sexual affairs with church member Ese Walter, who later confessed that her affair with the pastor was consensual. Pastor Biodun was also under fire by Timi Dakolo’s wife, Busola Dakolo who accused the pastor of rape when she was at the age of 17.

Aside from the scandals and rape allegations, the renowned man of God, Pastor Biodun Fatoyinbo is an Instagram Icon. He is the pastor with a high taste of Gucci luxury and affluence which makes others envious and suspicious. His luxurious lifestyle actually made him stood out whenever he was in an event within or outside Nigeria. In this piece, we’ll dive into Pastor Biodun Fatoyinbo Biography, where we will cover his age, state of Origin, and net worth which makes him one of the richest pastors in Nigeria.

Pastor Biodun Fatoyinbo was born on January 1st, 1976. He is 44 years old as of 2020. Pastor Biodun Fatoyinbo was born in Abuja and his state of origin is also Abuja where he grew up. He had attended the University of Ilorin but concluded his higher educations at the University of Benin. We couldn’t lay hands-on information regarding his parents and siblings if he had. For a man of such influence, no one has come out or has been pointed out as his relation. Pastor Biodun Fatoyinbo is an interactive Pastor, his members testify. His messages are believed to be original, inspiring, and listened across the world. He actually started COZA (Commonwealth of Zion Assembly) as a Non-governmental Organisation that started out in Ilorin. He later reformed it into a church and began a small congregation. The church which began with less than 100 members now occupies up to 30,000 members. COZA has 3 branches within Nigeria, 1 in Dubai, and an engaging social media account.

Pastor Biodun Fatoyinbo is happily married to Modele Fatoyinbo who is also a Co-Senior pastor at COZA. He is a husband of an amazing woman and their union is blessed with three children.

While celebrating his wife on social media on December 11, 2017, Pastor Fatoyinbo boasted that his wife is of priceless value to him and his family. He identifies her as someone who is able to balance multiple roles as a mother, wife, pastor, mentor, and book author. Pastor Biodun Fatoyinbo pointed out that it actually takes courage and patience to be married to a man like him who spends much time working and helping others and their family whereas his own family has issues to be dealt with.

Pastor Biodun Fatoyinbo the general overseer of the Commonwealth of Zion Assembly is one of the richest Pastors in Nigeria. According to a recent discovery, millions listen to Pastor Biodun’s sermons all over the world. he is popular in countries like the United States of America, Mexico, and some neighboring African countries to Nigeria.

Pastor Biodun Fatoyinbo Ministry has its headquarters in Abuja, with other branches, in Ilorin, Lagos, Port Harcourt, and UAE in 1999, 2012, 2016, and 2017 respectively. Then the Abuja branch/Headquarters was established in 2008. He formed The Gratitude in 2016, a gospel music band. The Gratitude music band is popular for their unusual type of gospel music. In October 2019, the music group, Gratitude won the Choir/Group of the Year Category at UK Gospel Touch Music Awards. Thanks to their hit single, “Raba baba Eh”.

COZA church was involved in cases involving copyright infringement with Nigeria’s renowned secular artists such as Davido, Tiwas Savage, and Wizkid. The case was due to a video posted by the church on social media where these artists were seen endorsing the church’s already concluded “12 Days of Glory”. The media stunt pulled by the church attracted many backlashes and threatening court charges.

Pastor Biodun is a young Pastor but with affluence. He is one of the richest Pastors in Nigeria with an estimated net worth of $20 million. He runs the COZA Care Foundation where he carries out “Jesus Paid It All”, a Shop-for-free yard sale where clothing and other household items are for free. Pastor Biodun Fatoyinbo’s wealth and riches are something he has not been able to keep on the low. He flaunts them and doesn’t care about what you say. Unfortunately, the rape scandals and allegations were what gave him his media attention and much fame.