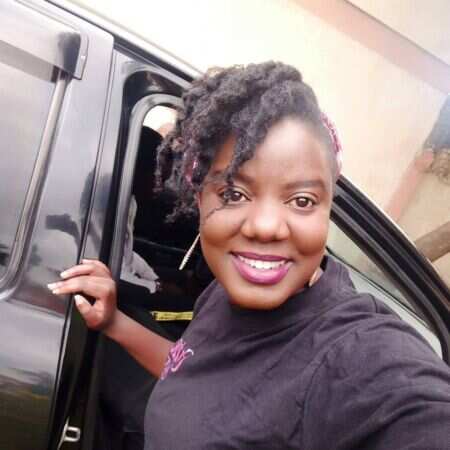 Sharon Baranga is an award-winning television journalist born in Kenya. She worked with Nation Media Group until she was laid off in July 2020. She was involved in the research, writings, editing, and feature productions which promote children’s right to education.

Sharon Baranga was born and raised in Buruburu, Eastland, Nairobi, Kenya. She was born in a family of 3 children, where she is the only daughter and first child, she has two brothers.

She has been in the journalism industry for more than 10 years. She lost her father in July 2020.

She is known to produce documentaries and features that advocate for children’s right to education. Sharon attended Tangaza University, a constituent of the Catholic University of Eastern Africa where she bagged a degree in Bachelor of Arts in Social Communication. Sharon was a member of the Mandela Washington Fellowship, a program of the Young African Leaders Initiative launched by former President Barack Obama.

Sharon Baranga is not married, yet. She however has a crush on President Uhuru Kenyatta but she wants to tie the knot with Health Cabinet Secretary (CS) Mutahi Kagwe. According to Sharon in an interview,

“I have had a huge crush on President Uhuru Kenyatta, but for now, Health CS Mutahi Kagwe is the real deal. I am attracted to intelligence, confidence and he (Health CS) embodies that,”

Sharon Baranga was a journalist for Nation Media Group’s NTV Kenya. She was involved in the journalist aspect of creating documentaries and features that promote a child’s right to education, until she was dropped on July 2020. She got the job at NMG during her university days when a team from Nation Media Group journalism training program, the Media Lab, visited her campus.