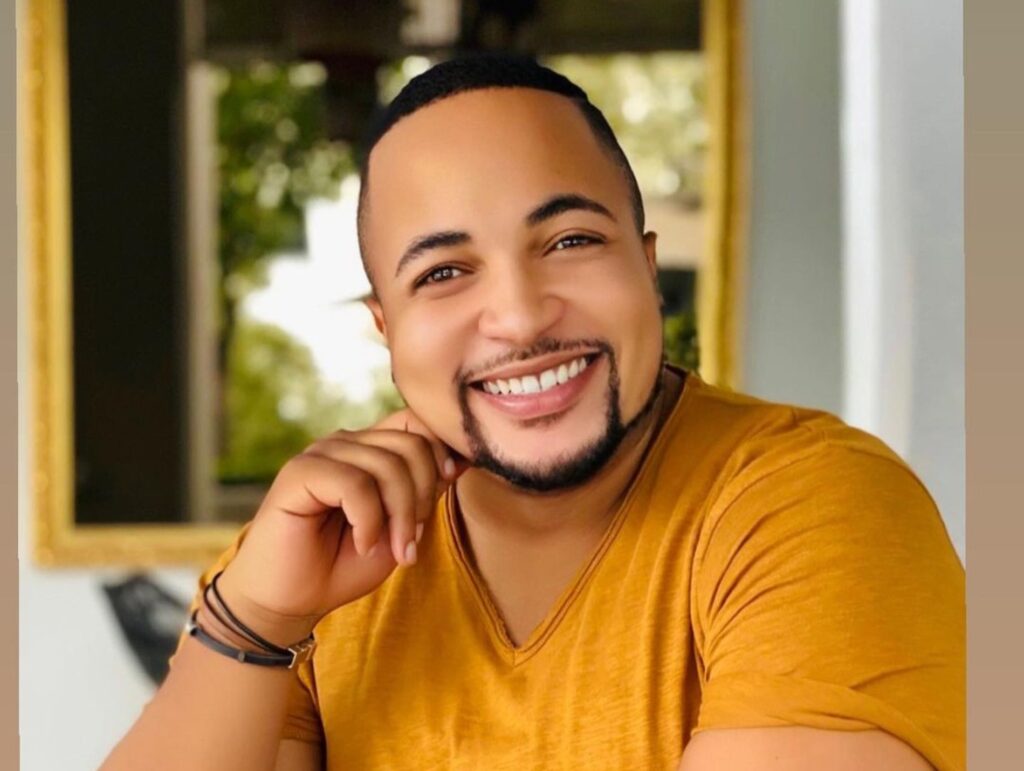 Spitch Nzawumbi is a popular South African radio and TV presenter. He is a qualified broadcast journalist, having obtained his BTech in journalism from the Walter Sisulu University.

In this post, I will be writing about Spitch Nzawumbi biography, wife, gay, age, career, boyfriend, net worth, and other information about Spitch. First, let’s look at his profile.

Spitch Nzawumbi was born Siphiwo Nzawumbi on 25 October 1989 in the Transkei, Mthatha, South Africa. He was born into a family of four and lost his father when he was barely a year old. His mother died 8 years later (1997), leaving him and his brother with their grandmother who lives at Mount Frere.

Spitch was intrigued by radio presenters and chose to be one when he grew up. He visited a close radio station at Grace 12, and he developed a keen interest in the profession.

Spitch Nzawumbi followed his dreams of becoming a presenter by enrolling at Walter Sisulu University (WSU) where he read Broadcasting and Journalism.

I will spill out the information I’ve gathered from the various sources concerning Spitch Nzawumbi’s sexuality. As you read further you will be able to conclude if Spitch Nzawumbi is gay or straight.

Let me start by saying Spitch Nzawumbi is reportedly in a relationship but he is not open with it, so it remains a mystery if this is true or if he is dating a guy or a lady.

Spitch Nzawumbi has been various times been perceived as gay, but he has not come out to confirm or debunk it. His fans assume he is gay due to his looks and his effeminate character. However, Spitch is not against the gay community as he has at several times opposed homophobic movements in South Africa.

Whether Spitch is gay or not, we will get to confirm later when he comes out to declare his sexuality.

Spitch Nzawumbi is a qualified broadcast journalist. He started his career as a host of the consumer affairs show, Yilungelo Lakho at SABC1 when he was 24 in 2013. He has over 10 years of experience in the broadcasting and journalism field as a presenter. He also works for the Department of Communications and Digital Technologies (DTPS), South Africa.

Sptich Nzawumbi is presenting at uMhlobo Wenene FM to co-host Sijik’ilanga with Luckeez Matyolweni. The show is based in Cape Town, which is uMhlobo Wenene FM’s second-biggest home. He was nominated in the 2020 Mzansi Viewers’ Choice Awards for the Favorite Radio Personality award by DSTV.

When he is not on the mic, Spitch Nzawumbi cooks delicious meals and shares photos on social media.

Spitch is one of the most popular radio and TV presenters in South Africa with an estimated net worth of $500,000.

He makes his income from his job as a presenter and lives a comfortable life from the income.