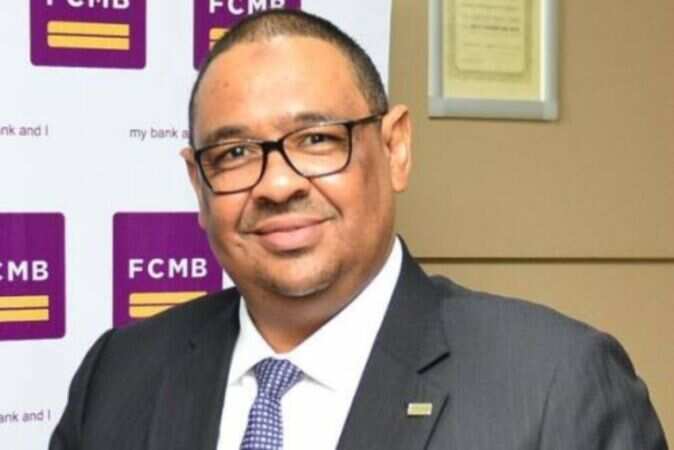 Who is Adam Nuru?

Adam Nuru is a Nigerian banker who is currently serving as the CEO of the First City Monument Bank (FCMB), although he is on voluntary leave following the allegation leveled against him. More details into that later in this post.

He went viral for the wrong reasons on Nigerian social media and Nigerians like to know more about him, you can get every bit of information about him here.

Adam Nuru was born on the 31st of August in Kwara State, Nigeria. Mr. Adam Nuru holds a Bachelor’s degree in Business Administration with a specialization in Finance from the Ahmadu Bello University. He also possesses a Master’s degree from the Bayero University, Kano.

Little is known about his family background and childhood days, we will update this page once we have that information.

According to his profile on the FCMB website, he has over 20 years of experience including Corporate Finance, Consumer Banking, Public Sector, Treasury, Commercial/Retail Banking, and Human Resources Management. After his university education, he began his career at the Nigerian Agricultural & Cooperative Bank. Mr. Nuru also worked at Oceanic Bank and FSB International Bank which is now known as Fidelity Bank.

He is married to Hauwa Nuru and the union is blessed with children.

Few paragraphs from here tell the full story of what transpired between Adam Nuru, Tunde Thomas, and Moyo Thomas. Also, it explains why Adams Nuru went on voluntary leave.

Adam Nuru trended on social media after his relationship with another FCMB bank staff, Moyo Thomas came to light. In having an affair with Moyo Thomas, he had two children with Moyo who is the wife of another man, Tunde Thomas, 45-year-old.

Moyo had resigned from the FCMB Bank job and traveled to the US with the two children for a holiday, from where she informed Tunde that he was not the biological father of the children. Meanwhile, Moyo filed for asylum in the USA on the ground of marital violence.

Tunde Gentle, as he was usually called, was said to have suffered a stroke after the shocking revelation that the children he was raising are not his. He later recovered and slowly began to pick up the pieces of his life. The young man was set to remarry and had invited friends to his introduction ceremony meant to hold on December 26, 2020.

Sadly, Tunde Thomas collapsed and died on December 15 when he got back home from work. The report says the cause of death was heart failure. He was later buried on 30th December 2020.

In another report, Adam Nuru was mentioned in a money-laundering scandal which involved the arrest of former EFCC chairman, Ibrahim Magu. After Ibrahim Magu was arrested on 6th July 2020, Mr. Nuru was questioned for sending ₦573 million to Prophet Omale who was the pastor to the former EFCC boss. Adam Nuru debunked the allegation while claiming that the money was mistakenly posted to the prophet’s account.

Adam Nure is currently the MD of FCMB Bank.

Adam Nuru lives a comfortable life but his net worth is not yet estimated. He doesn’t live to show off and was not mentioned much in the media until early January 2021.