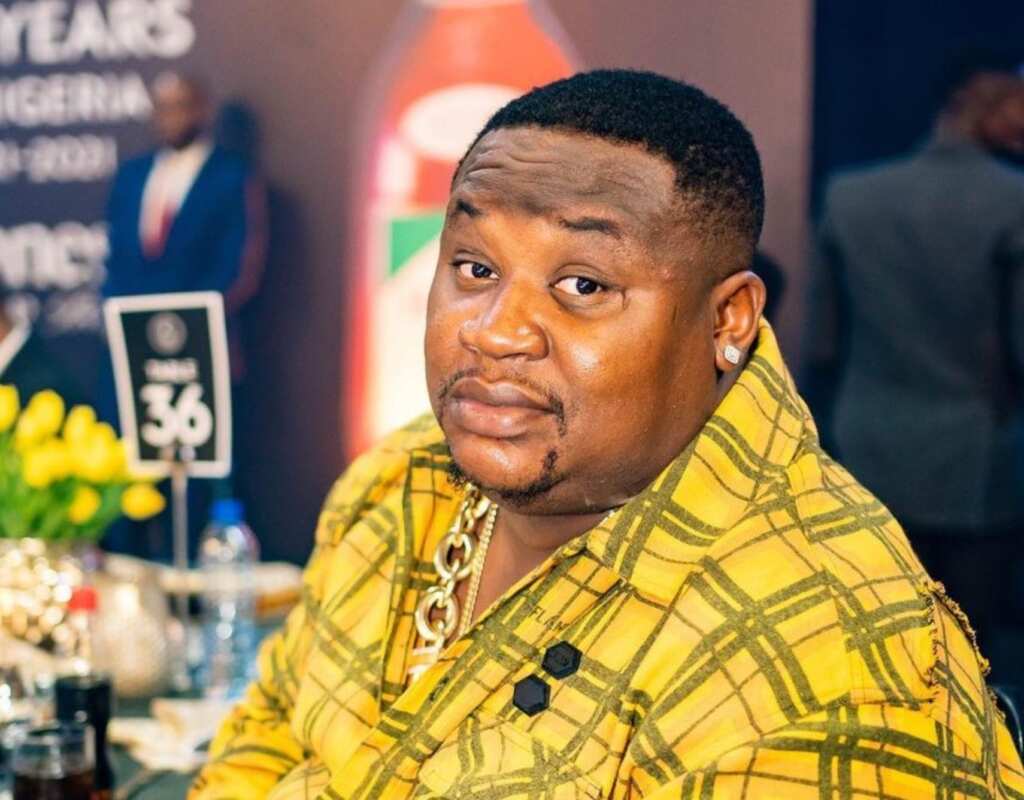 Who is Cubana Chief Priest?

Paschal Okechukwu who is popularly known as Cubana Chief Priest is the General Manager – Cubana Conglomerate (Owerri). He is also known as a show promoter and philanthropist. He has a great influence in the Nigerian music industry – when you make solid money like him you make some friends in the music industry. Cubana Chief Priest has the face of his late mother on his body. His mom was the one who saw him through in his days of hardship. He has other tattoos prominent on his body including his right leg. He loves smoking, drinking, and has a taste for wines. Cubana Chief priest is one of the business heads in Cubana groups – a popular luxurious hospitality company or leisure company. The group owns several leisure establishments in Nigeria including; Grand Cubana hotels, Cubana nightclubs, Pablo Cubana, Rolex hotels, Opium Cubana, and Crave Cubana. For this piece, we will be writing on the biography of Cubana Chie priest aka Paschal Okechukwu. We will be writing about Cubana Chief Priest biography, education, age, wife, net worth, and other facts about him. First, let’s look at his profile.

Cubana Chief Priest’s real name is Paschal Chibuike Okechukwu. He was born on March 26, 1982, and he hails from Orsu in Owerri, Imo State. He is the second son of his parents born and raised in Orsu. He moved to Aba where he picked up shoemaking skills to earn a living. According to him in a post he made on Instagram, his story changed when he met Obi Cubana, the CEO of the Cubana group. Cubana Chief priest was born and raised in a Christian home and his mother wanted him to become a Catholic Priest. Sadly, his father abandoned him when the family was faced with serious hardship. His mother had to train him and he had to start shoemaking to help her. Despite the suffering he went through with his mother, he lost his mother and she couldn’t enjoy his wealth, however, his father who abandoned him is living his best life.

Cubana Chief Priest is married to his wife, Angel Gold Okechukwu (Nee Anunuso), And his marriage is blessed with two boys, Chukwuebuka and Obinna.

Cubana Chief Priest is the General Manager of Cubana Conglomerate in Owerri. He aided in starting up the company and running it to success. The group which started in Owerri now has branches in Lagos and Abuja. Cubana Chiefpriest recounts how Davido helped in boosting the company’s reputation. According to him, David made an appearance at Cubana Grand Hotel Owerri with Chioma, his fiancée. The “risky” crooner was able to pull a massive crowd to the Cubana Grand Hotel in Owerri, increasing the popularity of the establishment.
For his hypeman business, he works with various artists and celebrities. He worked with the BBNaija 2019 candidate Mercy Eke till she won the reality TV show. Many rumored that he helped buy Mercy her victory but who cares? she has won. Mercy Eke won the Pepper Dem edition of BBNaija and went home with a ₦30 million cash prize. She took with her a brand new G80 SUV, a full set of home electronic appliances including an all-expense-paid trip for two to Dubai, and to a European Cup final of choice. After Mercy Eke won the show, one thing led to another, her relationship with the Cubana Chief priest came to an abrupt end. Cubana Chief priest deleted her pictures from his account and unfollowed her.

The reason behind the feud was not clear but it happened Mercy Eke got an endorsement deal with Moet Hennessy. Rumour had it that the Cubana Chief priest asked her to stay in Owerri for an event, which she didn’t do.

Top soundest Record labels in Nigeria (2020)
However, recently the dispute seems to have settled. The two were at the Cubana Yacht party, held in Dubai. The Yacht party was organized by the Cubana Group and Mercy was partying hard with her boyfriend, Ike, and some other members of the Cubana Group.

The Cubana Chief priest had a great enthusiasm for music when he was growing up. He admired popular musicians such as Lagbaja, Sound Sultan, and Davido. Due to his voice and funding, he couldn’t achieve his ambition. He made some friends in the music industry including Davido whom he is so close to. He promotes Davido on his Instagram account (cubana_chiefpriest) of 1 million followers as a way of thanking him for his role in helping Cubana rise to fame in Owerri.
Cubana Chief Priest is a very industrious and ambitious person and he is known for displaying his wealth on social media. He often travels to outside Nigeria for vacations, but Earlier in 2019, He and Hushpuppi were at war on social media. Cubana Chief Priest had exposed Hushpuppi, claiming that Hushpuppi never bought the luxury cars that he flaunts on Instagram. He said they were all on rentals.

Cubana Chief Priest is also a philanthropist. He is actively involved in a charity where he pays the school fees of Imo State indigenes. He also makes donations to pregnant women often. The Cubana Group which he is a general manager has won many awards and has been featured in several magazine publications. A bit of their source of income can be traced to bitcoin but it mostly comes from their entertainment business. However, Cubana Chief Priest’s net worth is an estimated $17 million.

Speaking of his wealth, he has a Rolls Royce Phantom Car, Range Rover Mercedes G-Class, BMW, and other exotic cars. His houses are worth millions of naira and he has them in Imo state, Lagos State, and Abuja.