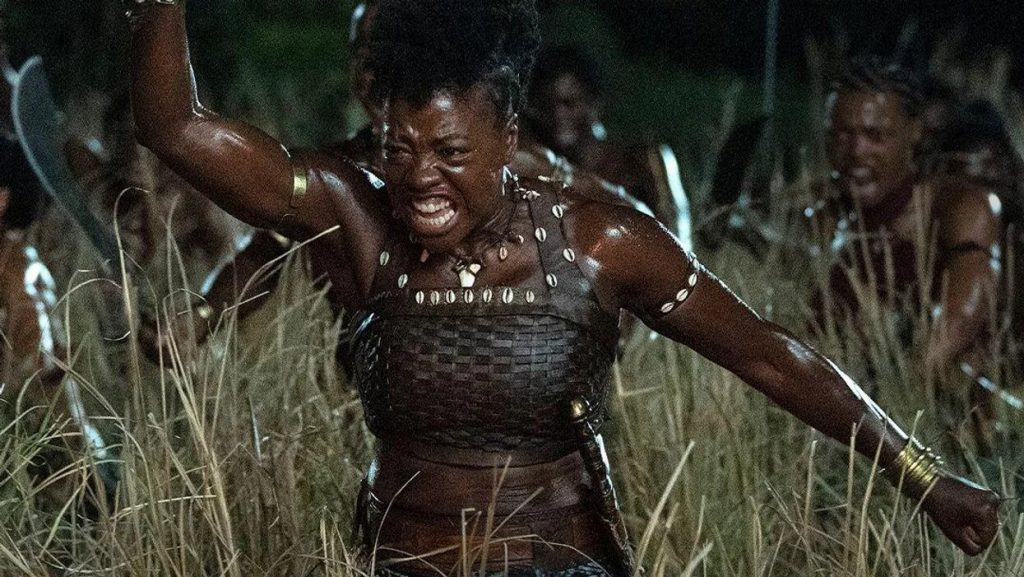 The Woman King is grossing, and fans are happy with it, but then how actual is this movie compared to the real-life events on which it is based? By the way, we gave it 8.5/10 points; check out our review. Also, what are the lessons one can pick up from The Woman King movie, seeing that it is a movie that has a lot of points to make? In this post, we will cover these questions, so stay and let’s get right in. Spoilers ahead, if you have not watched The Woman King movie, do well to watch it,

General Nanisca, commander of the all-female Agojie military clan, frees Dahomean women who have been kidnapped by slavers from the Oyo Empire in the West African kingdom of Dahomey in 1823. This prompts King Ghezo of Dahomey to be ready for a full-scale conflict with the Oyo. Nanisca starts to train a new generation of warriors to defend the kingdom to join the Agojie. Nawi, a strong-willed young woman handed to the king by her father after refusing to wed men who would abuse her, is one of these fighters. Nawi makes buddies with veteran Agojie Izogie. She also tells Nanisca that she was adopted, startling Nanisca by revealing a birthmark on her left shoulder.

In an alliance with the Oyo, commanded by General Oba Ade, European slavers led by Santo Ferreira and escorted by the half-Dahomean Malik arrived in Africa. While Malik is taking a bath, Nawi meets him, and they become friends. Nawi goes out to talk with Malik shortly after completing her training to become a fully-fledged Agojie and discovers that the Oyo are preparing for an assault. She informs Nanisca of this, who chastises her for being careless. In her adolescence, Nanisca claims that she was kidnapped by Oba, sexually assaulted, and pregnant. Before giving her away, Nanisca implanted a shark tooth in her left shoulder after giving birth to a daughter. Nawi’s teeth are taken out by Nanisca, proving that she is her biological daughter.

Nanisca leads the Agojie in an assault against the Oyo. Despite Oba’s escape and Nawi and Izogie’s detention, the raid is successful. One of the abducted Agojie manages to escape and informs Nanisca of what became of the others. Ghezo is getting ready to give Nanisca the title of Woman King—his partner and equal in ruling Dahomey—but he won’t approve an expedition to free the imprisoned Agojie. Meanwhile, Izogie is killed in an effort to flee, and Malik purchases Nawi to shield her. In defiance of instructions, Nanisca embarks on a mission to free the prisoners with a band of warriors who share her views. Nawi can flee and rejoin Nanisca because of the unrest.

Nanisca kills Oba in close quarters after Malik frees many other enslaved people who drown Santo.

The victorious Agojie travel back to Dahomey, where Ghezo crowns Nanisca as the Woman King after privately reprimanding her for disrespecting him. Following the celebrations, Nanisca and Nawi discreetly realize their kinship.

How True is The Woman King?

The Woman King’s five controversial truths contrast this one ferocious civilization’s reality with Hollywood theatrics and the narrative that was being pushed;

Pro-slavery Tribe: Although portrayed in the film as freedom fighters, they were prominent enslavers.

The real Agojie tribe was not so strong: They were defeated quickly by the westerners because their forces were reduced compared to how many they were in the movie.

More Villains than Heroes: Although the Agojie people were shown in the film as decent, moral people with a unique lifestyle, but they engaged in behaviors that made them more villains than heroes.

Nawi’s Love: Nawi develops feelings for a half-Portuguese, half-Dahomey slaver, which is unlikely given that the Agojie were considered the Kings’ wives (Ahosi) who saw themselves as men.

Nanisca’s Age: Contrary to how she aged as a teenage girl, the movie depicts Nanisca as having reached middle age.

9 Lessons From The Woman King