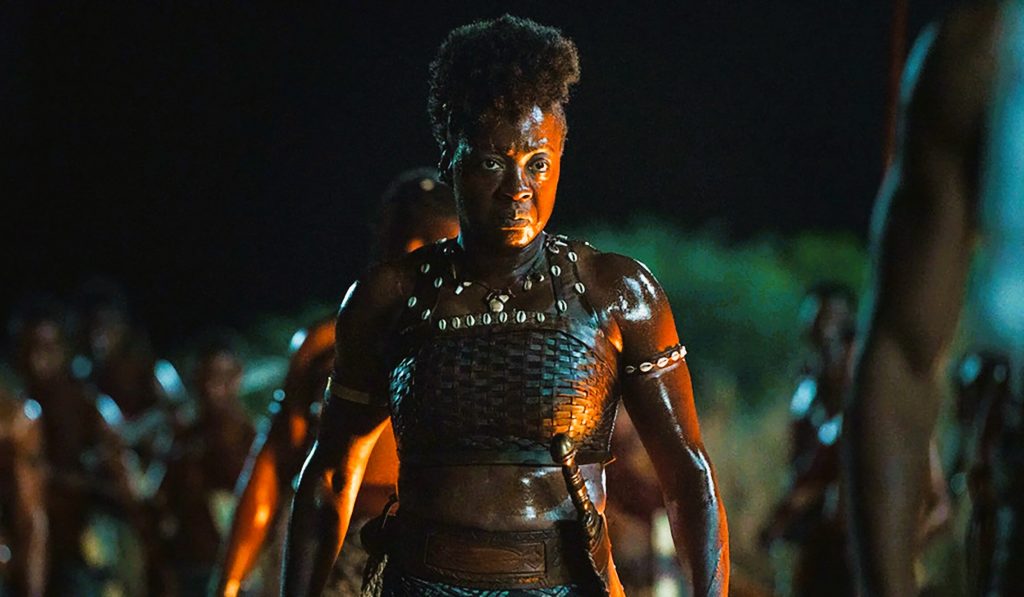 When It comes to telling the African historical story, not so many writers know how to do this. However, that’s not the case with Dana Stevens and Maria Bello. They could perfectly tell the story of the pre and colonial era exploits of the black race in a positive light. The woman king is a true-life historical movie about the Agojie, the exclusively female military force that guarded the Dahomey monarchy in West Africa from the 17th through the 19th century.

Viola Davis gave us a show, it was worth the hype and the 50 million USD budget used for The Woman King movie. Let’s see the trailer.

What more could you expect from Viola? She was able to show a black woman’s true strength and power— intense, passionate, and brave. Trust me, Prince-Bythewood and screenwriter Dana Stevens did a great job with this movie, showcasing a solid desire to portray Black women as the captains of their ships. Who would have thought Viola would be doing a sword fight? She played the role of a general who trained the next generation of warriors to fight their enemies. Other stars featured in this movie are John Boyega— yeah, the famous Star Wars actor Lashana Lynch, Thuso Mbedu, Jimmy Odukoya, and Sheila Atim. I guess, The Woman king is just another documentation of the times of slavery and the bravery displayed by African female troops. Spoilers ahead, if you’ve not watched the movie, you might want to skip to the review part. You can watch it on Vudu Movie & TV Store or VUDU on your Roku device.

The film starts with a group of men lounging at the center of a field. Suddenly, Nanisca(Viola Davis), The general of Agojie warriors and adviser to the young King Ghezo (John Boyega), comes out of the grass carrying a machete. Then, an entire army emerges from behind her. They aim to slaughter all the men in the village, leaving the women unharmed. However, during this process, Nanisca loses many of her soldiers, leaving her with no option but to train a new generation of soldiers. The kingdom has been at war with the Oyo Empire, which frequently kidnaps residents of Dahomey and sells them as enslaved people.

Nanisca attempts to persuade Ghezo to turn to palm oil production as a viable alternative for enhancing the kingdom, although Ghezo is involved in this people trafficking. Freedom is promised to everyone who joins the Agojie but not to those they subjugate. The tyrannical Oyo Empire, which trades their fellow Africans as slaves to Europeans in exchange for weapons, accepts the defeated as payment. That’s precisely what Nanisca wants the king to break.

Meanwhile, the adoptive father, Nawi (Thuso Mbedu), offers her up as a gift to King Ghezo after she refuses to marry her many suitors. Nawi was, however, shortlisted by Lieutenant Izogie (Lashana Lynch) to join Nanisca’s training as she sees her resistance as a strength. She also tells Nanisca that she was adopted, startling Nanisca by revealing a birthmark on her left shoulder. Nawi, however, is headstrong and has difficulty following instructions, despite immensely liking the life of a warrior. Thanks to Izogie, she was able to keep Nawi in check.

The Agojie can be weak even if they are tough as nails in battle. Respected for her fighting skills, Nanisca suffers from panic episodes and is plagued by her prior sexual assault trauma. The movie conveys that inner fortitude—not just using brutal force—may be what defines true strength. It is an incredibly poetic and touching message that amply justifies the movie’s existence. Davis has the opportunity to exhibit her complete range of acting abilities. This kind of performance is uncommon in what is primarily an action movie.

Since the movie’s release on September 16, 2022, it has gained many reviews from fans and critics all over social media. While some praised the film for its excellent performance, others believe that it’s below their expectations. I think that’s normal for any great movie.

The Woman King was co-produced by Sony, TriStar Pictures, and Entertainment One and was produced by Viola Davis, Maria Bello, and Cathy Schulman. It was well written by Dana Stevens with assistance from Gina Prince-Bythewood, and not to forget, the movie was directed by Gina by Prince-Bythewood.

Images used here are subject to the copyright of their respective owners.

I didn't know the movie would evoke such emotion. It's a resoundingly triumphant story. The cast was superb. Despite that aura of artificiality, Dana Stevens' writing succeeds, and the performers deserve some of the credit for their commitment to adopting African accents and selling those lines. Gina Prince-Bythewood, the film's director, has always thoughtfully portrayed Black characters, and "The Woman King" is no exception. He did carefully showcase a correct depiction of both history and culture. The Woman King is more than just a motivating rallying cry. It's the film that Prince-Bythewood has been preparing for her entire professional life. And she doesn't miss it. So clearly, it does worth the hype.