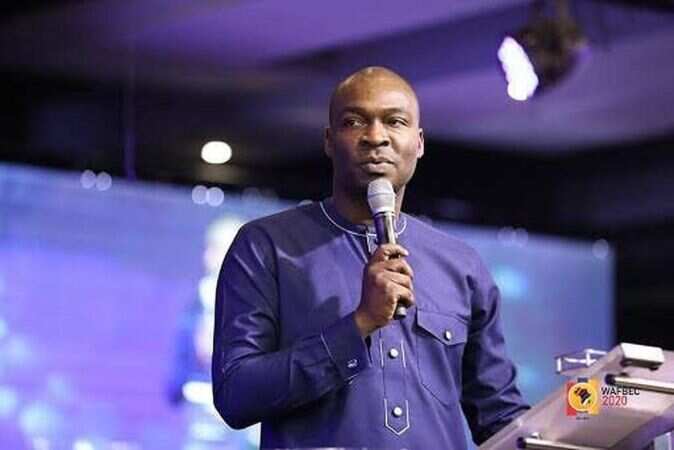 Who is Joshua Selman?

Apostle Joshua Selman is the founder of Eternity Network International and the man behind the Koinonia gospel event. The Koinonia is a program hosted at Zaria, Kaduna, every Friday and organized by Joshua as an outreach program to convert souls for Christ. Since starting the event, his church members have beheld various testimonies and redemption.

Joshua’s ministry started early as he began his ministerial duties during childhood. Joshua Selman Nimmak, the founder of Eternity Network International, was born on 25th June 1980. This post will look at Apostle Joshua Selman’s biography, his ministry, net worth, and other facts about the pastor. First, let’s take a look at his profile summary.

Apostle Joshua Selman Nimmak was born on the 25th of June, 1980. His origin can be traced back to Jos in Plateau State, a state predominated by the Hausas. During his childhood days, he would rather read the word of God instead of going outside to play with other kids. He desired to preach at Ahmadu Bello University even as a little boy. And it happened because he graduated from Ahmadu Bello University, Zaria. He was known to organize gatherings amongst his friends to preach and share deep insight from the Bible.

In 2011, Joshua Selman founded Koinonia Eternity Network International (ENI) in Zaria, Kaduna. Under this ministry, he organizes a weekly program called Koinonia in Kaduna State. Koinonia has been a blessing to anyone who attended the program. The Koinonia program holds every Friday at GGC, New Extension, Samaru, Zaria, and Kaduna. Koinonia means a Christian fellowship or communion with God or, more commonly, with fellow Christians. And indeed, it has been a source of miracles and blessings amongst Christians.

By the hand of God upon Apostle Joshua’s life, he goes across countries to preach the life-transforming gospel to let people know that several dimensions of God lie outside miracle performance and healing. When you talk about Apostle Joshua Selman, you are talking about a man who God has blessed abundantly with a deep uncommon understanding of the scriptures. His gift has made him one of the famous pastors in Nigeria, and he has been called to minister in several Gospel events.

Apostle Joshua Nimmack has written various best-selling gospel books that are read by thousands. His books are free to download and worth reading for every Christian. Below is a list of books written by him.

Apostle Joshua Selman’s net worth is an estimated $450,000. He has an established ministry with a large following, making him one of Nigeria’s influential and wealthy pastors.