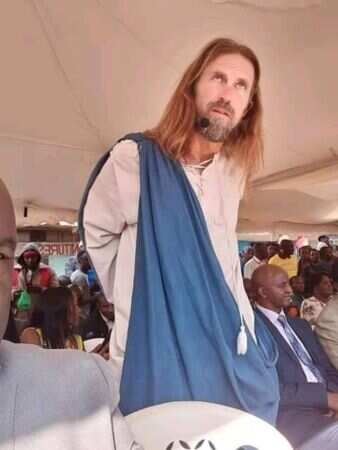 A white man posing himself as Jesus Christ in Kenya has been deported back to his country by the Kenyan government and the pastors who invited him, arrested.

Two Kenyan pastors invited the fake Jesus to perform miracles and convince the congregation that Jesus has returned as promised in the holy book. It wasn’t long before the Caucasian who dressed in ancient Jewish attire went round collecting money from church goers. The unnamed Caucasian man promised to secure them seats in heaven as he took their money.

Currently, the fake Jesus has been deported back to his earthly kingdom and the two pastors arrested.

What sort of business deal did the pastors struck with the Caucasian man that will make him leave his home country to deceive some set of people in Africa?.

The Caucasian man looked like the character used to represent Jesus in children bible stories, and he dressed in the right attire. This got many uninformed Africans fooled.

Is the Bible a joke to these pastors ? 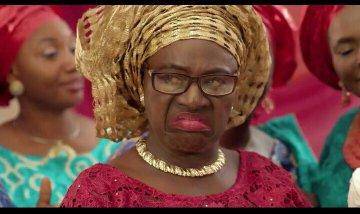 It’s saddening that fake churches still thrive in Africa, cashing on the hopelessness of Africans who seek quick miracle. However the continent is waking to the damage fake pastors are inflicting on the masses.