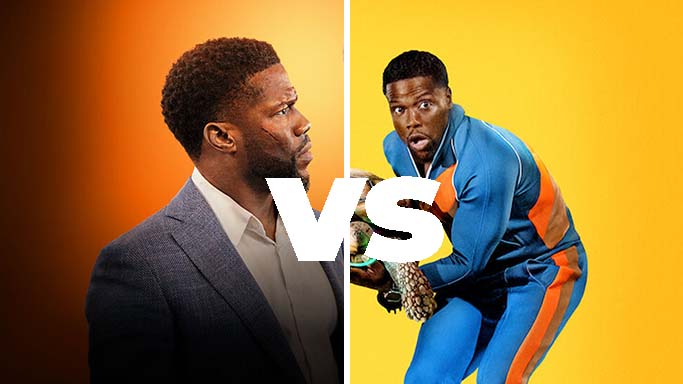 Judging from its name, I honestly did not know what to expect from Man From Toronto movie. And when I saw Kevin Hart on the cover photo, I knew there was more to it. The man from Toronto is a 2022 action comedy film directed by Patrick Hughes. It stars Kevin Hart, Woody Harrelson, Kaley Cuoco, Jasmine Mathews, Lela Loren, Pierson Fodé, Jencarlos Canela, and Ellen Barkin.
Teddy Walker (Kevin Hart) gets fired at the gym where he works after he suggests a new workout plan. He takes his wife afterward to Onancock for her birthday, leaves her at a spa, and somehow, he misses his way and ends up at the wrong cabin, where he is mistaken for ‘The Man from Toronto.’ This is where the comedy sets in.

He is asked to torture the victim and get information. Clueless about how to go about it, Teddy somehow intimidates Coughlin into giving up the wanted code. FBI raids the cabin and convinces him to continue the act of being the Man from Toronto.

Now, this was honestly kind of a dumb move cos Teddy knew nothing about the murder.
As part of the plan, the FBI takes Teddy’s wife on trips while he is flown to Puerto Rico to identify Green, Coughlin’s partner. En Route, Teddy is ambushed by the real man from Toronto(Randy), and things go crazy. This part is a beautiful watch, where Teddy brings his comedy skills to full display.
Now, Teddy must complete his task in the company of Randy. They meet The man from Miami whom Randy’s handler had sent to double cross him, and there is a showdown for Mr. Green’s thumb, which Is the passcode to a weapon.

When they return to D.C for Lori’s birthday, the Man from Miami steals the thumb and delivers it to Marin, who takes it to the handler who takes it to Marin. Randy interferes, and the FBI raids the place.
While the handler and the Man from Miami escape, Randy takes the cash, and Teddy runs to meet Lori, only to be devastated that she is gone. This moment is emotional as Teddy tries to fix things up at home.
The man from Miami threatens Teddy, but Randy saves him and helps him get to Lori. A fight ensues, and somehow, the man from Miami and the handler get to them. The race to the train station is not easy. But he meets Lori and makes up with her at the expense of his car.

A year later, things go well, and Teddy jokingly starts down payments for Randy’s car he spoilt.
Watch this a ton of comedy, and you’ll be sure to change the expressions on your face every second.

The Man From Toronto is pretty much what I wanted to see. The action, comedy, and thriller it was all so amazingly portrayed by these unique characters.

How Kevin Hart in Man From Toronto Did Better

We all know Kevin Hart, for his wits, scared face, and trash talks. Those are evident, and we love him in the Night school, Ride along, Scary story 3, about last night, etc. He is a blunt dude that knows how to drive home a silly bright point.
Okay, putting his latest movies, “the man from Toronto” and “Me time,” side by side, one wonders if the kevin Toronto is the same as the Me Time Kevin. What’s the difference?

Kevin Hart of “Me Time” is intelligent, responsible, and articulate; he tries to put up an act of perfection where someone else is trying to make him Kevin. Lol, that’s bull shit.

Kevin Hart of ” The Man From Toronto” is an un-experienced hitman. He needed no help making himself an unfortunate yet funny-kevin (Teddylicious). He proved the humorous acts selflessly.

Kevin Hart of “Me Time” is the relatively “semi-sensored-Kevin. He tried as much as possible to reduce curse words, which downplayed his act. In contrast, that’s not this short-blunt-mans style. He is known for his fluency in bull crap grammar. He lived up to that in The Man from Toronto (though we know he is way more sinister than that).

Who would think that Teddy (Kevin man from Toronto) would give a fart when asked to do a scary face. That nigga is crazy and yet senselessly adorable.
Though there are valuable lessons from Me Time, including good parenting, care for family, hard work, and crap, The Man from Toronto is 650 times better than Me Time, any time. Kevin Hart in The Man From Toronto was more “Kevin Hart” than Kevin Hart in Me Time, period.