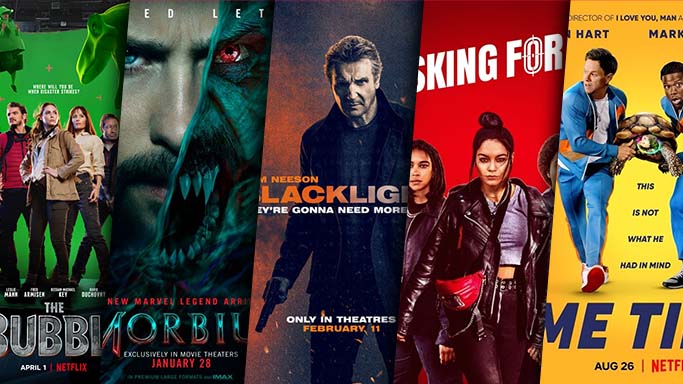 I know that feeling you get after seeing a movie trailer, building anticipation for the movie, creating time to be the first to see the movie, but getting disappointed when you finally see the movie.
That feeling is the worst. I can hear you scream “bad movie” silently. Yea, it is that bad, you can’t get the time you wasted.

The acceptance of a movie speaks volumes for the movie and presents a picture that creates an unforgettable experience in the hearts and minds of viewers. The experience can be delightful, satisfying, or of anger or regret forever seeing it. The distaste of a movie can result from bad acting, a complicated plot, a bad ending, a cast mix-up, awful costume choices, poor cinematography, etc.
Every day, countless movies are released with great trailers, but most are good trailer movies but bad ones.

I am positive that even though you may have seen countless movies If you are asked for a movie recommendation, you will suggest some movies without thinking about it. Why? Because the movies you would suggest were so good, they registered in your “core memory.”

Some of these movie suggestions may be bad, but that’s part of why they’re so good! Sometimes the laugh value is enough to sit through one of these movies. Movie ratings and critics also serve as criteria for spotting bad movies, here are our Top 5 worst movies for 2022 so far, from bad to worst.

Netflix made a mess. The Bubble, intended to create laughter for viewers, was marked by its ridiculous storylines and dirty jokes. The movie had everything in place for a perfect comedy; directed by the comedian Judd Apatow of the famous “this is 40” movie, the movie had favorite American casts on display. Names like Karen Gillan, Iris Apatow, Fred Armisen, Maria Bakalova, David Duchovny, Keegan-Michael Key, Leslie Mann, Kate McKinnon, Pedro Pascal, Guz Khan, Peter Serafinowicz, and Harry Trevaldwyn were part of the movie.

In the movie, Carol Cobb (Karen Gillian) is an actress whose career has been turned upside after a couple of bad movies. With COVID running rapid, her agent has let her know he has a part in an upcoming film. The entire film shoot will require her to arrive at the hotel and be put in a bubble before shooting and while it shoots. I liked the realistic feel they showed of people getting stir-crazy while being quarantined.
Why was it then bad?
The movie lacked a good story; the cast didn’t put up a good act. Yes. It had some laughs here and there, but it was a waste of time. The presence of maria baklava, who was just nominated for an Oscar just before the release, created that anticipation, but she was poorly utilized in the movie.

Some of the comments that best describe the movie were thus;

Jared Leto is not even the best Jared in Morbius. Oh, I just, enough with the origin stories we did not ask for

A case of (the filmmakers) had a character but didn’t quite know what to do with it. I think it is quite a messy plot that doesn’t always make that much sense. A bit different with the horror theme, but nothing special.

The movie gave that utter disappointing “what you order vs what you get” feeling. The storyline was out of place.
No wonder it received poor ratings on IMDB and RottenTomatoes.

Why recreate a movie with the same character, almost the same storyline, and bad acting? Why, why, why. Liam Neeson in Blacklight is a government operative with a shady past. He tries to redeem himself by standing up against the FBI, who have been killing innocent citizens as a cover. We see almost the same storyline in TAKEN, which was released in 2008.
Even with Liam’s skills and actions in the movie, which are apt, critics have described it as another clunky thriller.

The movie, whose major theme was on rape-revenge, is almost the worst movie of 2022. The ratings are poor across the board, IMDB, Rottentomatoes, etc. The film follows small-town waitress Joey (Kiersey Clemons), an old-school acquaintance who was raped on a date. She and a group of vigilante girls known as the cherry bombers set out for revenge. The movie is plagued with poor acting, presentation, crappy storyline, and meaningless truism.

I’m out of words; Kevin Hart was part of the worst movies of 2022. I’m disappointed.
Me Time was supposed to be a satisfying comedy, but it was the reverse. For soccer lovers, imagine playing Cristiano Ronaldo and Messi on the same team and still losing. That’s the feeling ME TIME gives. No one will believe that the pairing of Kelvin Hart and Mark Wahlberg will make a mess of a movie.
The Netflix blockbuster has received countless criticisms and poor ratings from all and sundry for its lack of wit; no wonder it received a 6% rating on RottenTomatoes.