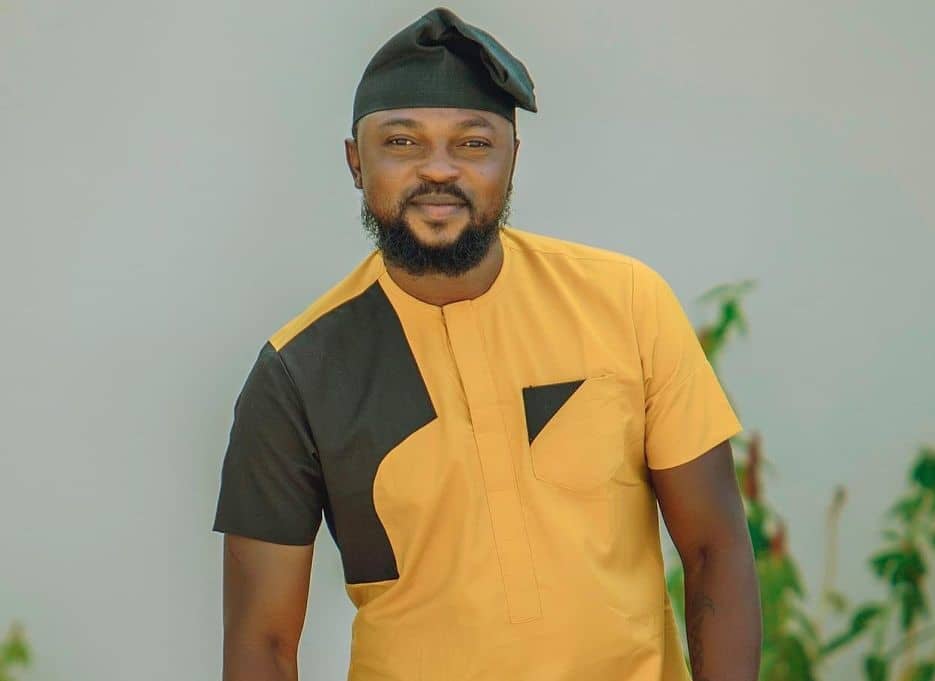 Who is Kolawole Ajeyemi?

Kolawole Oluwasegun Ajeyemi, otherwise known as Kolawole Ajeyemi, is a Nigerian movie actor, producer, and filmmaker, who is also known for being the husband of well-known Nigerian actress and producer, Toyin Abraham. He is fondly called “Awilo” in most of the Yoruba movies he acts in due to the significant energetic roles he plays in movies

Kolawole Oluwasegun Ajeyemi is well-known for being a filmmaker & actor, and for being the husband of Toyin Abraham. In this post, I will share with you Kolawole Ajeyemi’s biography, career, age, wife, children, movies, net worth, and some other interesting things you probably didn’t know about him. Before we continue, let’s take a quick look at his profile.

Especially famous for being a filmmaker & actor, and for being the husband of Toyin Abraham, Kolawole Oluwasegun Ajeyemi was born on the 17th of January 1982 in his home country, Nigeria.

Born and raised in the ancient city of Ogbomosho, Oyo State (Oyo State, a state in the South-Western part of Nigeria), Kolawole Ajeyemi had fun-filled childhood memories.

Attending Ogbomosho Grammar School for his secondary school education, Kolawole has both his First School Leaving Certificate and his West African Examination Certificate certifications in the bag.

Kick-started a career in the Nigerian movie industry, otherwise known as Nollywood, in 1997, Kolawole Ajeyemi has been acting in stage plays in church and school shows.

Having a father who was a musician, Kolawole took an interest in acting since he saw his father perform his music on stage while growing up.

The CEO of “Kolawole Clothings,” a fashion line he had launched after his first name, Kolawole is also the founder of AjeOmoAje School of Performing Arts – located in Abeokuta, Ogun State.

Kolawole Ajeyem’s popular name in movies is “Awilo” because he takes up daunting roles that require a certain level of ruggedness. Meanwhile, in real life, Kolawole is a rugged type of person. He can switch seamlessly into a rugged character due to his unique talent in acting. He is simply in appearance and attitude and possesses the same personality.

Kolawole Ajeyemi is married to his lovely wife whose name is Toyin Abraham – a famous Nigerian movie actress and filmmaker.

Tied their wedding knot on the 4th of July 2019, the love-duo had their first child, the first son in August 2019. Moreover, Ajeyemi has a 16-year-old daughter, Temitope Ajeyemi, from his past romantic relationship. On his wife’s part. Kolawole Ajeyemi is Toyin Abraham’s third husband. She was once married to different Nollywood actors in the space of three years. She was once engaged to Adeniyi Solanke between 2010 and 2011, and to Adeniyi Johnson between 2014 and 2016.

At the time we last updated this article, Kolawole Ajeyemi was 40 years old. He was born on the 17th of January and so should celebrate his 41st birthday less than two months from now.

Ethnically a Yoruba, Kolawole is Oyo State, a Southerner by region, a Nigerian by nationality, and a Christian by religion.

Kolawole Ajeyemi has not bagged any award but has been nominated for numerous reputable awards including;

Kolawole Oluwasegun Ajeyemi has an estimated net worth of between $100,000 thousand and $400,000 thousand. He earns his net worth from his career in the Nigerian movie industry.