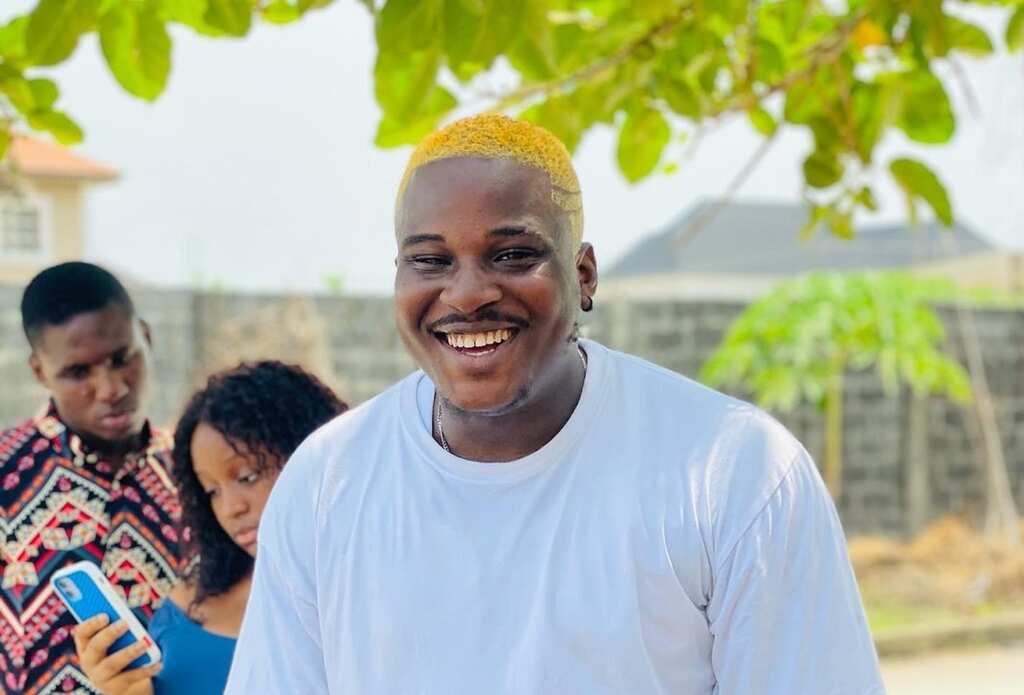 Adebayo Ridwan Abidemi, otherwise known as Isbae U, is a Nigerian comic skit maker, comedian, YouTuber, actor, and social media influencer. He came into the limelight after he was featured in Mr. Macaroni‘s comedy video.

Isbae U is well-known for playing comic characters in his comic short skits. In this post, I will share with you Adebayo Ridwan Abidemi’s biography, career, age, girlfriend, Instagram, education, net worth, and some other interesting things you probably didn’t know about him. Before we continue, let’s take a quick look at his profile sumary.

Especially famous for playing comic characters in his comic short skit and for his slang at end of each comic video “fuck shit,” Isbae U was born on the 5th of April 1995 in his home country, Nigeria.

Born and raised in Lagos State (Lagos State is a state in the South-Western part of Nigeria), Isbae U had fun-filled childhood memories.

Growing up in a working-class household, Isbae U’s father, Kamal Adebayo, is a veteran Nigerian actor, who more likely influenced his career choice.

Having his elementary and secondary school education in Lagos State, we were unable to retrieve information as regards Adebayo Ridwan Abidemi’s higher education.

However, it is an open secret that he has both his First School Leaving Certificate and his West African Examination Certificate certifications in the bag.

He came into the limelight in 2019 after he was featured in Mr. Macaroni’s comedy video. His appearance in the video grew his social media following by a noticeable percentage.

Having featured and acted along with other Nigerian short skit makers, and comedians, Isbae has had the opportunity to feature a couple of Nigerian musicians in his comic videos.

Side by side, he has featured the popular Nigerian musician and singer Peruzzi in his comic video.

Not trying to cuss but Isbae U is well-known for the slang “fuck shit,” which is normally put in at the end of each of his videos—more like, a trademark, you know…

With a huge number of followers on the internet, Isbae U is quite famous. He is on Instagram as @isbae_u, and Twitter as @isbae_u with a handful of followers.

With over 250k followers on Instagram and over 1.5k subscribers on his self-titled YouTube channel, it is okay to say that Adebayo Ridwan Abidemi is doing so well for himself in the industry.

According to our findings, Adebayo Ridwan Abidemi resides in Lagos State, where he processes and shots most of his comic short skits. Regionally a Southerner, Isbae U holds Nigerian citizenship by birth. A native of Lagos State, Isbae U is of the Yoruba tribe and practices the Christian religion.

Whilst our team of writers gathered that Kemz Mama is the name of his girlfriend as rumors have it, we can authorize the authenticity of this piece of information.

Adebayo Ridwan Abidemi has an estimated net worth of between $50,000 thousand and $200,000 thousand. He earns his net worth from his career in the Nigerian entertainment industry as a comic actor and short skit maker.