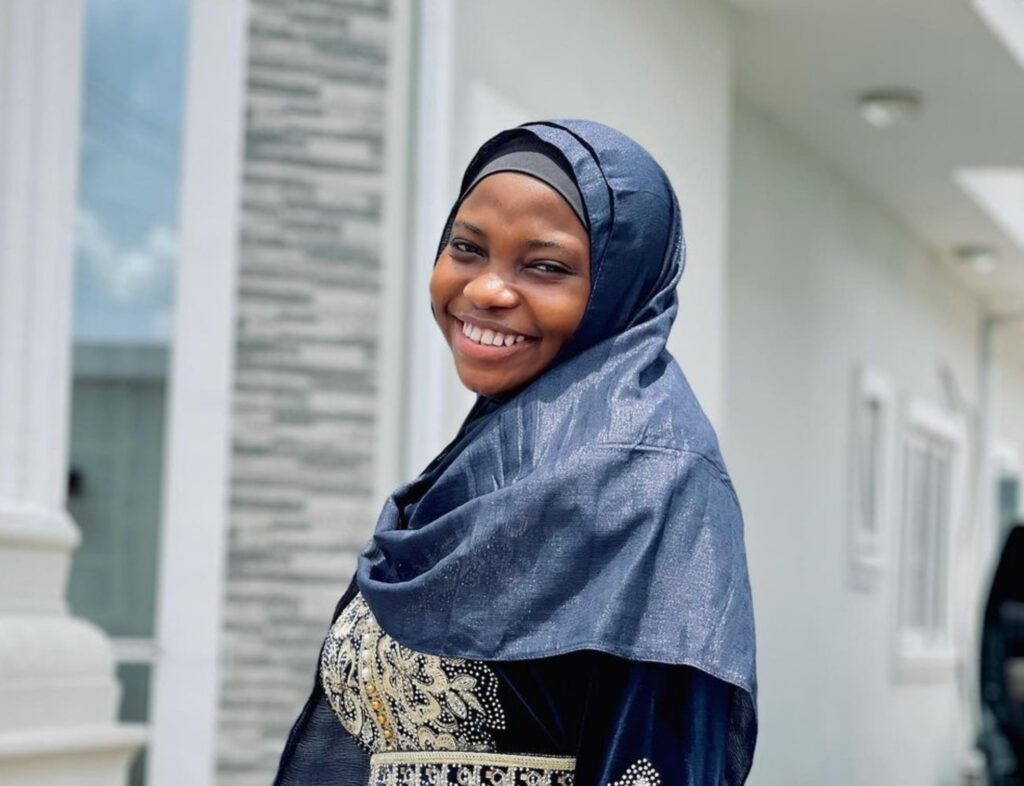 Taaooma is from Kwara State, where she was born and raised in Ilorin, Kwara state, on 28th February 1999, making her 23 years old. The talented comedian is known for the mother roles in that she acts with much humor. In this post, I will be writing about Taaooma biography, age, comedy, net worth, husband, marriage, and other facts about her. First, let’s look at her profile.

Taaooma was born Apaokagi Maryam on 28th February 1999 in Illorin, Kwara State, located in the western part of Nigeria and pre-dominated by Fulanis. Her mother’s name is Mrs. Aishat Apaokagi. Taaooma had her basic education in Kwara state before she moved to Abuja. She finished her secondary school at Concordia College in Namibia. Taaooma is a graduate of Kwara State University, where she obtained a Bachelors’s degree in Tourism and Travel Services Management. She completed her National Youth Service Corps (NYSC) program in July 2020.

Taaooma is married to her long-time boyfriend, who goes by Abula. They got officially engaged in October 2020 and tied the knot on 24th January 2021. They met in Ilorin, Kwara State, during Abula’s NYSC year when Taaooma returned from Namibia for her higher studies in Kwasi. Their love for filming and editing brought them together.

Taaooman started acting in comedies in 2015. She usually mimics the regular African mother in her comedy skits, emphasizing hilariously the approach African mothers respond to the actions of their children. Taaooma, in an interview, revealed that her boyfriend helped her harness her talent and encouraged her to start making comedy skits. She didn’t intend to do comedy until she met Abula, her boyfriend, who is a music video director.

Taaooma and her boyfriend, Abula, who is about her age, own a production company called The Greenade Company. She describes it as a full-time video production company, and she also has plans to make movies in the coming years.

Taaooma came into the spotlight in 2016 after her comedy videos started making waves on Instagram. Her video ideas come from everyday life experiences with an African mother and child. She won the “Best Online Comedian of the year” award at the Gage awards, 2019.

Taaooma’s net worth is estimated to be around $500,000. She makes most of her income by promoting brands and businesses on her Instagram account.