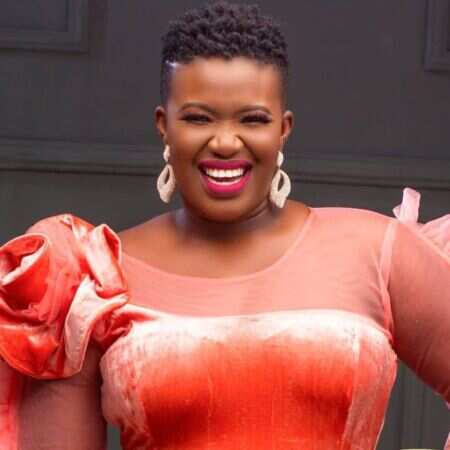 Born and brought up in Warri, Delta State, Anita Asuoha aka Real Warri Pikin connects her comedy to the popular city, Warri. She is a popular Nigerian stand-up comedienne and OAP known for her hilarious comedy and her funny acting. She is popularly known for her role in the second piece of the popular AY movie titled Merry Men. She went into comedy fully out of the depression of unpaid bills and now she is one of the richest comediennes in Nigeria. The 30 years old comedienne started as a dancer but her fate landed her into comedy, currently, she is an OAP (On Air Personality) at MAX 90.9FM. For this piece, we will be writing about Real Warri Pikin’s biography, we will spill out other information such as her age, career, and net worth.

Real Warri Pikin is a name adopted by Anita Alaire Afoke Asuoha for her comedy from the city of Warri. She is from Delta State and was born on 29th October in 1990. She is 30 years old as of 2020 and she is married and blessed with 2 children. She, third of six children, grew up in Warri in Delta State. Her father is Ijaw from the Burutu Local Government Area of the Delta State, while her mother is Urhobo in the same state. Real Warri Pikin was a promising entertainer from her childhood. Although she read Political Science at Benson Idahosa University, Edo State. She graduated with a second class degree in Political Science, her passion steered her into stage performing. During her university days, she was a professional dancer like Poco Lee and event host.

Real Warri Pikin got married to her husband, Ikechukwu Asuoha on the 27th of April, 2013, and their marriage is blessed with two children, Ebube Asuoha and Chidera Asuoha.

Comedy was Real Warri Pikin’s light at the end of the tunnel. She was in heavy debt in 2018 and couldn’t afford to foot some bills after a deal worth millions which she went in with her husband went bad. She attempted suicide on June 6 2018 due to the pressure, but she survived and was hospitalized.

Speaking on how she survived the depression, she wrote the piece below on Instagram.

IT’S MY BIRTHDAY….But before you celebrate my Glory, Please Read My Story! No One Wakes Up One Morning To Become A Funny Woman On Instagram.. I have refused to open up about what pushed me into making Videos on social media encouraging people especially women and reinventing myself to this point where am not just being funny but am uplifting and inspiring loads of woman and young people all around the world.

“RealWarriPikin was created out of Pain & Depression… “DEPRESSION”

“Yes, you heard me. I fell into depression early this year..After a business i did together with my husband went bad and we lost all our money putting us into a huge debt worth millions …..We even sold all we had ever worked for in our life to pay up, including begging the people i was owing but they kept putting pressure on me…some came on social media reposting my pictures and writing stuffs and calling me out….. I began to look for help..But help never came…We were given quit notice by our Landlord, my kids were sent out of school… I became sick, couldn’t sleep at night, crying every day, lost appetite, and became sad and depressed.

“Some days i would seat on my bed and look at d same spot my husband will leave for work and meet me at that very spot when he came back…I couldn’t pray, I was exhausted, weak, and lifeless.

“Suddenly i began to think about suicide when the pressure became sooo much from friends i was owing (they needed their money)I tried to talk to alot of people but no one took me seriously… June 6th all i was thinking was to take my life….2pm on the 6th of June i attempted suicide. I was rushed to ‘the comforter clinic lugbe, then Nisa Premire afterwards Garki hospital Abuja (Where I was revived back to life)

“A lot of people around me judged me.

“Today I thank God for the pain that gain me strength and the depression that gave me Inspiration. There won’t have been a REALWARRIPIKIN without everything that happened….. Thank God a loving and supportive husband & a God sent manager in @chiazordanielofficial who has been so supportive to helping me become a better me.

“No matter what you are going through in Life, Suicide no b option”

In an interview in 2019, Anita revealed that comedy saved her life and gave her another shot at achieving her dreams. She confirmed that she went into comedy as a result of the depression she went through in 2018. Anita coined the name “Real Warri Pikin” as a motive to promote her birth town. According to her, Real Warri Pikin represents that her brand of comedy is all about Warri city, so her name has to reflect that. Her comedy career is thriving as he currently has more than 800 thousand followers on Instagram.

Aside from being the funny comedienne who makes people laugh uncontrollably and an OAP, Real Warri Pikin is also a movie actress. She wasn’t very good at acting professionally when she started, but with constant practice, she was able to grab the ropes. She is popularly known for playing a role in Merry Men 2, a movie co-produced by Ayo Makun (AY). In addition to her portfolio, Real Warri Pikin hosts the MAX Drive Show on MAX 90.9 FM Abuja from 6 pm- 10 pm.

Real Warri Pikin is one of the popular comediennes in Nigerian and that comes with a huge price of hard work and creativity. With her endorsement deals and successful career, Real Warri Pikin’s net worth is an estimated $400,000.