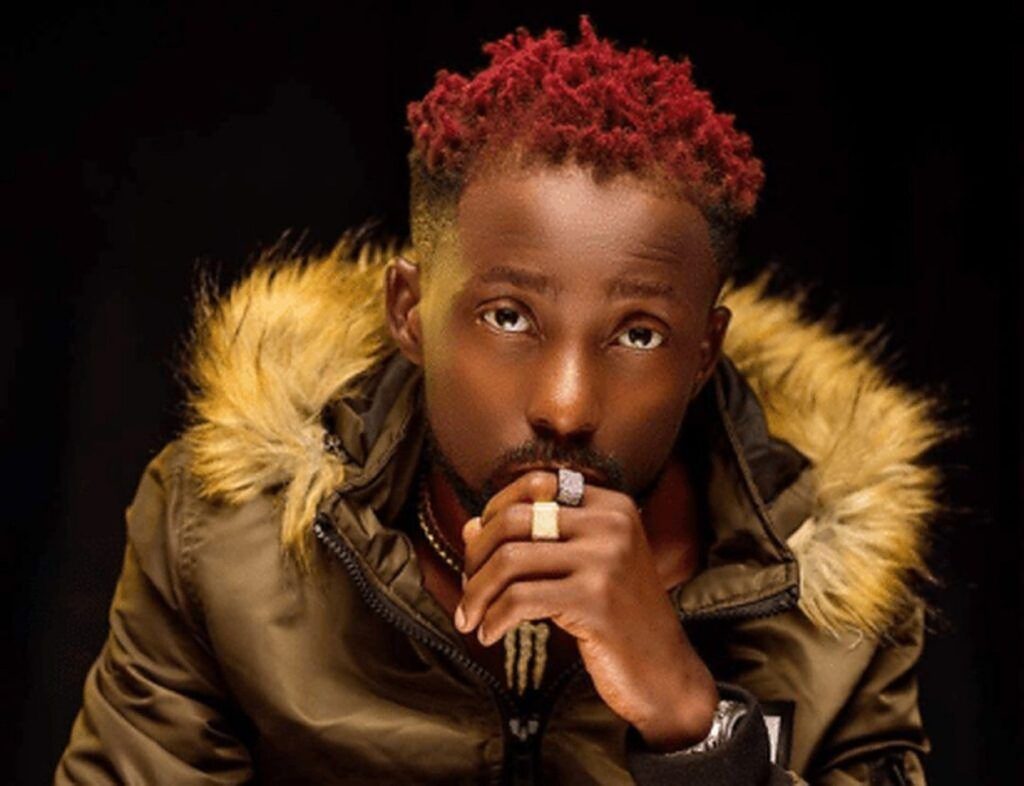 Erigga is a popular Nigeria hip-hop artist, rapper, and songwriter. He is fondly addressed as the “king of the street” because of how he uses the line in his music lyrics. He was born on 30th March 1987, the talented musician is 33 years old as of 2020. He was born in Warri, Delta state into a family of five children. During his early days, music wasn’t the path he wanted to follow. He was actively engaged in the Basketball games. He played it to a professional level that he was amongst the Delta State Basketball team. Currently, he is listed among the country’s rich and successful rappers. In this post, we will be looking at Erigga’s biography, his music career, and his net worth. Let’s look at his profile.

Erigga was born on 30th March 1987 into a family of five children where he happens to be the first child. He hails from Warri in Delta State, a state situated in the south-south region of Nigeria. During his primary school days, he attended Standard international School. He also went to the same primary school for his secondary education. He was known to be active in the Milo Basketball Competition during his secondary school days.

His real name is Erhiga Agarivbie but you can address him as Erigga, PaperBoi, 2 seconds, Eribaba, or New Money.  He is 33 years old as of 2020 and he is married to Morenike. He tied the knot with her in a traditional wedding that took place in Warri on 2nd October 2020. He also has a 3-year-old daughter named Kyla. Speaking on marriage he noted that the reason why there are many failed marriages is that ladies marry a man ready for marriage and not who they love.

Erigga started music when he left secondary school. His decision to go on a career in music was influenced by rap icons such as Eminem, Jay Z, 50 Cent, Nas, Rakim, Ja rule, and Canibus. He listened to their rap music and developed a passion for the word art, Rapping. His first music studio session was in 2002 when he went to record his track single “Jingle Party”. He participated in rap battles in Delta State, Port Harcourt, and Lagos and won many of them. In 2010, his music started gaining attention and became clear to him that it was something he wanted to do for a living. In 2011, He produced a single “Won Be Be Be” with a popular Nigerian music producer, Law Low. The music video of the song was shot by the same director, Igho Tosin of Igho Films.

He worked with several producers such as PFizzy, Snow Man, and Phizy Joe. His first major release was “Mo Street Gan” which was later adopted as the theme song for Radio Continental now 102.3 MAX FM. The music video for the “Mo Street Gan” song was shot in Nigeria and directed by AKIN Alabi. In 2013, he released a single titled “Coupé Décalé” where he featured Shuun Bebe, another Delts State-based musician. In 2014, the hip-hop artist released another single titled “Love No Be Garri” where he featured Jimoh Waxiu. In July 2017 Erigga released his debut album “A Trip To The South” which featured Orezi, Skales, and Duncan Mighty.

Erigga released another hit single titled “Motivation” which featured Victor AD in 2018. The song which earned him a spot in the hall of fame garnered millions of streams on music streaming platforms. He also released a piece of music titled “Glory” featuring Nosa in the same year. In 2020, he released a music video titled “Next Track” where he featured Oga Network.

The songs he has to his credit include;

Erigga’s music was criticized for being indecent and as a result, his music was not given much airplay. The music in question is a single he released in 2010, titled, “Dem No Get Two Heads”.  The music video of the song which was shot by Igho Tosin of Igho Films displayed violent content. The Warri born artist once served a four-year jail term for misdemeanor charges. He has allegedly been involved in armed robbery and petty burglary. He is rumored to be a member of the diabolic cult group popular Black Axe Confraternity due to his dressing. You can reach him for bookings on this phone number – 09067308027.

Erigga is currently one of the richest and the most influential artists in the Nigerian music Industry. His net worth is an estimated $950,000.