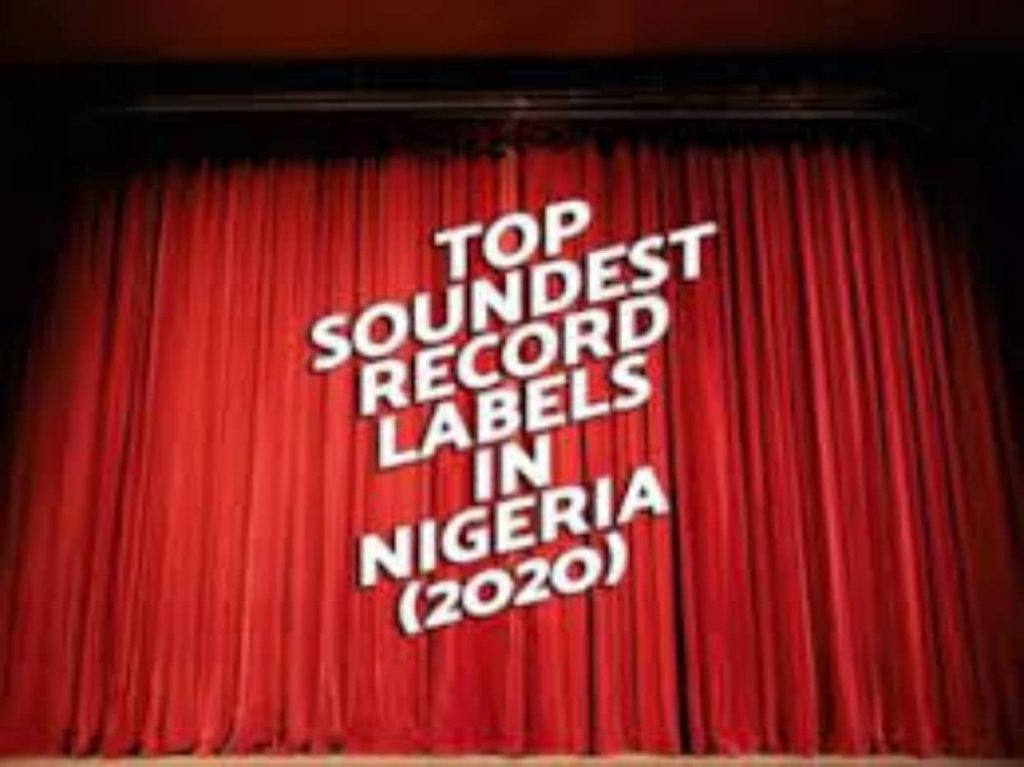 Signing a record deal with a record label is an essential step in the life of any musician. So in this post, we listed out the soundest record labels in Nigeria for musicians who are into secular music. These record labels have produced quality artists whose impact in the music industry cannot be undermined.

Mavin Records, also known as the Supreme Mavin Dynasty is owned by Michael Collins Ajereh who you popularly know as Don Jazzy. Mavin records top this list because Don Jazzy has a knack for brewing any artists’ talents. Mavin record has been in Nigeria for more than 7 years since May 8, 2012, and has so many awards to its name. Over the years we have seen the record label bring to spotlight naturally talented artists such as Tiwa Savage, Johnny Drille, Rema, Korede Bello, Dija, and many others.
Don Jazzy is known as a music baron in Nigeria. Rumors have it that he is so influential in the music industry that he influences the results of some awards event. His youngest star in the record label the moment is Rema and so far Rema is thriving. Tiwa Savage exited the record to Universal Music Group; her contract duration expired, but she still flies the Mavin flag on a low.

Speaking of success, DMW is a music label that comes to mind. Founded in 2016 by Nigeria’s top musician Davido, the record label has accolades to itself. Artists signed into DMW all have an imprint in Nigerian music generally. Speaking of the likes of Mayorkun, Patoranking, Dremo, Victor AD, to mention but a few. Next to Mavin Records is DMW cause DMW has this exclusive uniqueness attribute that puts their artist in the hearts of Nigerians. Joeboy who was recently signed into DMW is a typical example of a perfectly marketed artist. The owner of DMW, Davido, is an already established artist with a huge enviable impact since his music career started. One thing Davido is known for is that he shoots talented artists to fame without any strings attached. DMW is a sister record label to HKN Music, still owned by Davido.

Chocolate City Entertainment is another record label in Nigeria with a good record and successes since its onset. This record label has been in existence for more than 14 years now. You may consider it as one of the oldest record labels in Nigeria that are still in existence. It was founded in 2005 by lawyer Audu Maikori and Paul Okeugo. Chocolate City entertainment has influential grounds in the Nigerian music industry, thanks to some of its artists such as M.I Abaga, Blaqbonez, Candy Bleakz, and other good musicians. It may interest you to know that Chocolate City Entertainment is in partnership with Warner Music Group since 28 March 2019.

YBNL Nation is one of the leading record labels in Nigeria. YBNL is short for  (Yahoo Boy No Laptop). The record label has a controversial name but it is one of the best in Nigeria. It was founded by Olamide in 2012 after he left his former label Coded Tunes, a record label owned by ID Cabasa. YBNL prides itself on talented artists whose music has rocked the edges of Nigeria. Speaking of the likes of Pheelz, DJ Enimoney, and Lyta other buzzing artists.

Fireboy DML is one of the trending artists from YBNL and he is making good music that Nigerians love. Adekunle Gold was formerly signed to this record label.

Teni brings this record label to the top of the list. The record label was launched in 2016 and somehow Teni has managed to make their name stick in the minds of Nigerians.

The record label is owned by Osadolor Asemota aka Dr. Dolor. He was quick to sing his raw gem Teni into the record label. However, Dr. Dolor’s entertainment has other artists such as Afin Osha, Hotkid, Nikita, and Ryan Omo. Teni seems to outshine them with her multiple awards and ambassador deals signed to her name. Dr. Dolor himself is a recording musician.

Yeah, one of the best record labels in Nigerian is one owned by an Igbo musician, Chibuzor Nelson Azubuike, whom you know as Phyno. He started the Penthauze record label in 2008 with three artists, Runtown, Shugaboi, and Flipside. He signed Storm Rex later on in 2014.

From the look of the artists signed to this record label, Phyno created the label to promote artists from Igbo. So far the Penthauze record label has released matchless singles that are relevant and enjoyable.

The Nigerian music industry is one of the best in the world, no doubt. The industry has its exports making good music enjoyable internationally and locally. Music record labels in Nigeria are steadily creating opportunities for artists however, it’s not that easy to land a deal with a record label. You will have to meet their terms and conditions and also the record label has to be what you want so you can achieve your dreams while working with them.

The Nigerian music industry is quite a rough terrain, very rough that most of its talents are buried. However, with the unbreakable spirit and skills, anyone can make it. Some artists have had sad experiences while working with some music labels. They often complain of the lack of right promotion, funding, or infringement of deals. This caused many prominent artists such as Falz to operate on an individual record label. Falz’s record label, BahdGuys Records. I hope this listing has helped clarified your doubts about the top record labels in Nigeria.