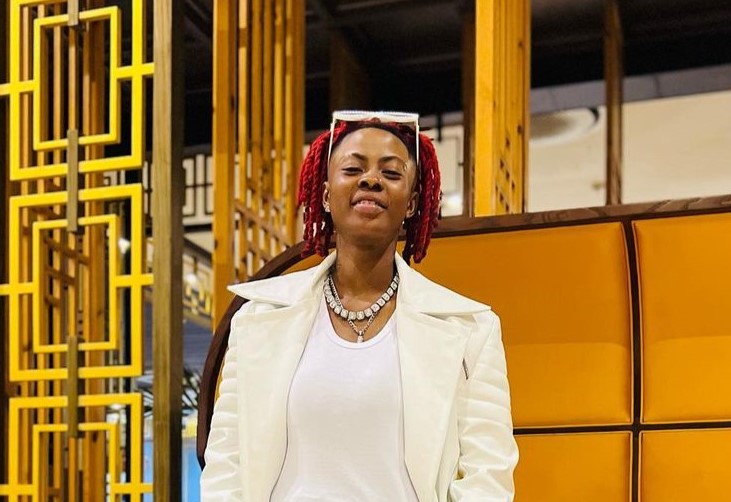 Who is Candy Bleakz?

Candy Bleakz is a fast-growing Nigerian rapper, songwriter, performing artist, and musician. She is signed under the record label Chocolate City Entertainment, directly under the imprint of Choc Boys. She is known for what Nigerians would term “street credibility.” And talking about that concept, Candy Bleakz is a rapper that’d easily flow on any beats she jumps on.

Side note: Candy started her career in the music industry as an independent artist in 2013 at 14 with the release of her debut single, “Blessing Sky.” In this article, I will share Candy Bleakz biography, age, net worth, career, boyfriend, family, social media handles, Facebook, Twitter, and Instagram, and a few other interesting things you probably didn’t know about her. Before we continue, however, let’s take a quick look at her profile summary.

Candy Bleakz was born Akiode Blessing Maria on August 5, 1999, in her home country, Nigeria, and is 23 years old. She grew up in her birthplace and home start, Epe, in Lagos State, Nigeria. And holds Nigerian citizenship by birth, with her ancestry traceable to the Yoruba ethnic group — in the South-Western part of Nigeria.

Nicknamed Ladies Dragon by her close friends, Akiode Blessing Mariam is said to have taken an interest in music from a very young age. At eight (in 2008), Candy would usually sing along to her favorite songs.

That said: she grew up in the company of her siblings, whose names she has continued to keep away from the spotlight. And details about her parents are just as obscure, but we could confirm that her family name is “Akiode.” And did I forget to mention?! Her astrological sign is Leo.

Akiode Blessing Mariam obtained her elementary and high school graduate certifications from schools in Lagos State. She is currently an undergraduate student pursuing a Bachelor of Science Degree in Physiology at the prestigious Olabisi Onabanjo University.

What’s more, she became the winner of the Lagos Talent Show and continued grinding as an independent artist before being signed by Chocolate City Entertainment. Before then, however, she also featured twice in an annual music festival by Yeni Anikulapo-Kuti in commemoration and celebration of her father, Fela Kuti, tagged “Felaboration.” Well, she won the Best rapper Award at the event.

Side by side, Akiode Blessing Mariam was one of the featured artists at the One Lagos Fiesta event and an up-and-coming guest artist at the Nigezie TV (10th Anniversary). And speaking of events, Candy Bleakz became the winner of the Upcoming Artist of the Year award at the Afrika Shrine event.

She released a hit single under the Chocolate City Entertainment record label titled “Kelegbe” in April 2020.

Since her rise to the limelight, Akiode Blessing Mariam has released quite a handful of songs, including but not limited to these:

On the other hand, these are some of her awards, including;

Candy Bleakz has an estimated net worth of about $100,000. She earns her net worth from her career in the music industry.

Side note: whether or not Akiode Blessing Mariam is in a relationship, has a boyfriend, or is single is unknown because she keeps details about her romantic life to herself.