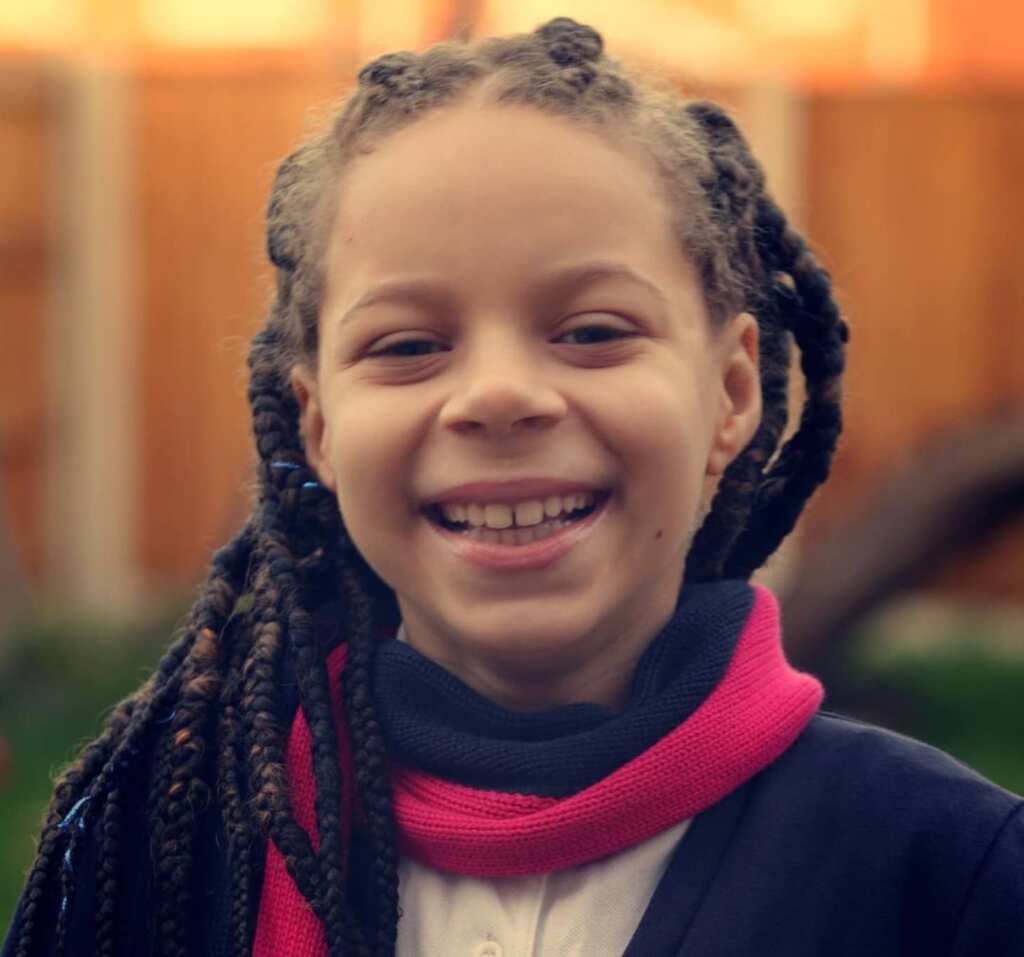 Mehcosa is a young aspiring musician best known for her music covers of popular songs by Nigerian artists. She is 10 years old, British born but of Nigerian descent as far as we can tell. There have been various controversies concerning her parents. Two Nigerian artists, Yemi Alade and Olamide, have been rumored to be her parents. On Instagram, she commented on Olamides’ birthday picture from a “Daughter” angle, her comments read, “Happy Birthday Dad”. Also due to her cover of Yemi Alade’s single Shekere, which Yemi Alade reposted, fans were quick to link Yemi Alade to Mehcosa. Very little is known about Mehcosa, the little girl who is sending chills with her voice as she sings her music covers. However, we asked around, and here are some facts about Mechosa biography, age, origin, net worth, and other facts about her.

Mechosa was born Mehitabel Cosa. She is from Britain but has Nigerian descent. She is 11 years old as of 2021, as she was born in 2010. There has been speculation she could be related to Yemi Alade or Olamide, but both artists have not given a hint. Cosa drew attention to herself by making song covers and to back it all up, she is young and has big dreams. Although she lives in London, her origin is said to be connected to the Oduduwa Lineage.

Mehcosa loves singing as much as she loves gymnastics. She plans to become a professional musician and a doctor. Currently, she is making song covers and she has made covers for Yemi Alade’s Shekere and Simi’s Duduke. Other songs which she as covered include;

Shockingly, the22 years old girl did a cover for Black Sherif’s Soja, take a listen.

Mehcosa’s youtube channel has thousands of subscribers and her videos get up to 50,000 views, she’s promising. Her debut single is on the way and we expect it to be released in a few weeks.  Mehcosa also plans to release an EP album before the end of 2020. She is also a Wizkid fan and loves the combination of rice and plantain, how interesting.

No estimated net worth at the moment. C’mon, she’s 10.