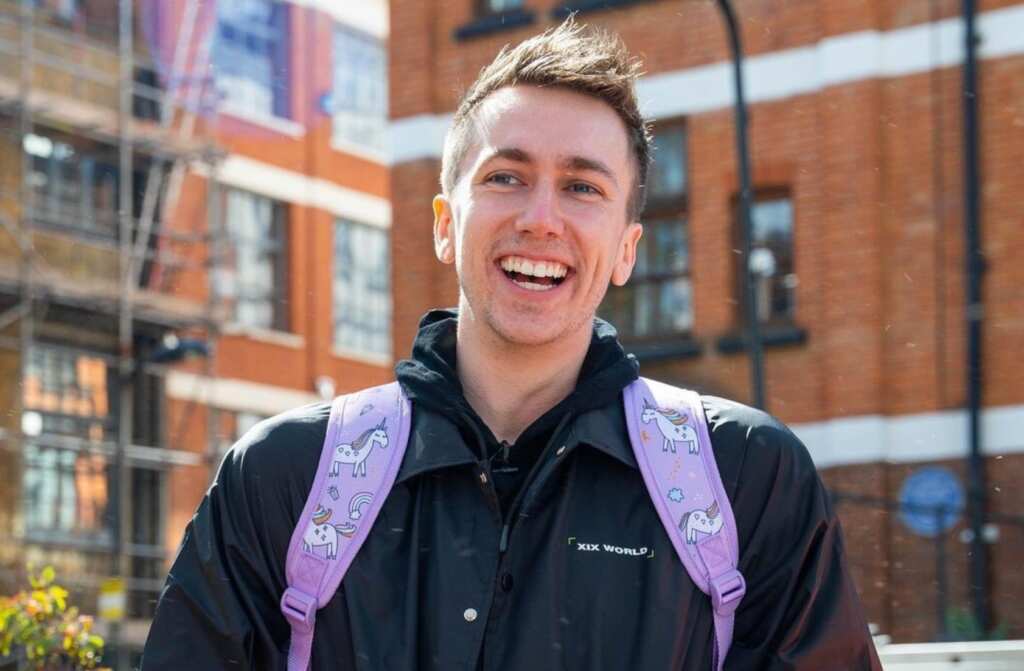 Miniminter whose real name is Simon Edward Minter is a British Youtuber and gamer who is also a member of the popular group of British YouTubers, Sidemen. His main YouTube channel is Miniminter and he uploads videos of him playing FIFA games, Fortnite and his channel has over 9million subscribers.

In this article, I would be writing about Miniminter biography, age, girlfriend, YouTube, height, net worth, and other facts about him. First, let’s take a look at his profile below.

Miniminter was born on September 7, 1992, in Hemel Hempstead, a town located in Hertfordshire, England to British parents. Miniminter attended Berkhamsted School and this was where he met JJ Olatunji though they first disliked each other, however, as time went on, they became friends and this friendship would lead to the formation of the group we now know as Sidemen.

Miniminterhad two A’s and nine B’s in his GCSE which he wrote in 2019 but this result could not guarantee him admission into his preferred University and he took a break from 2011 to 2012 academic year. During the break, he traveled to Ghana to teach the locals football for a period of two months and he spent the remaining months touring the East coast of America. After the holiday, he decided to further his education at the University of Hull where he studies criminology though he ended up dropping out of the University to pursue his career as a YouTuber.

Simon Edward Minter is currently in a relationship with fellow YouTubers and musicians Talia Mar and they started dating in late 2017 however, they both confirmed the relationship in 2018. Talia Mar’s real name is Natalia and she was born on November 6, 1999, in England with the birth sign Scorpio. She currently runs two YouTube accounts Talia Mar, and Talia Mar games but her main account is Talia Mar and it has over 800,000 followers and it mostly contains videos of her singing while the second account contains videos of her playing games.

Miniminter was inspired by fellow YouTuber KSI to start his own channel and he currently runs three YouTube channels Miniminter, MM7 games, and MiniminterClips. His main channel Miniminter was created on February 17, 2008, and he mostly posts videos with his girlfriend, KSI, and Sidemen on this channel also, this channel has over 9 million subscribers. MM7 games are where he posts videos of him playing any game his followers request him to play and this channel was created on September 14, 2013. His last channel Miniminter Clips is where he uploads his gameplay from hisTwitch live stream.

Miniminter is also a member of the Sidemen Group and Randolph. His estimated net worth is $20million and most of his earning comes from Youtube ads on his channel, sponsorships, and affiliate marketing.