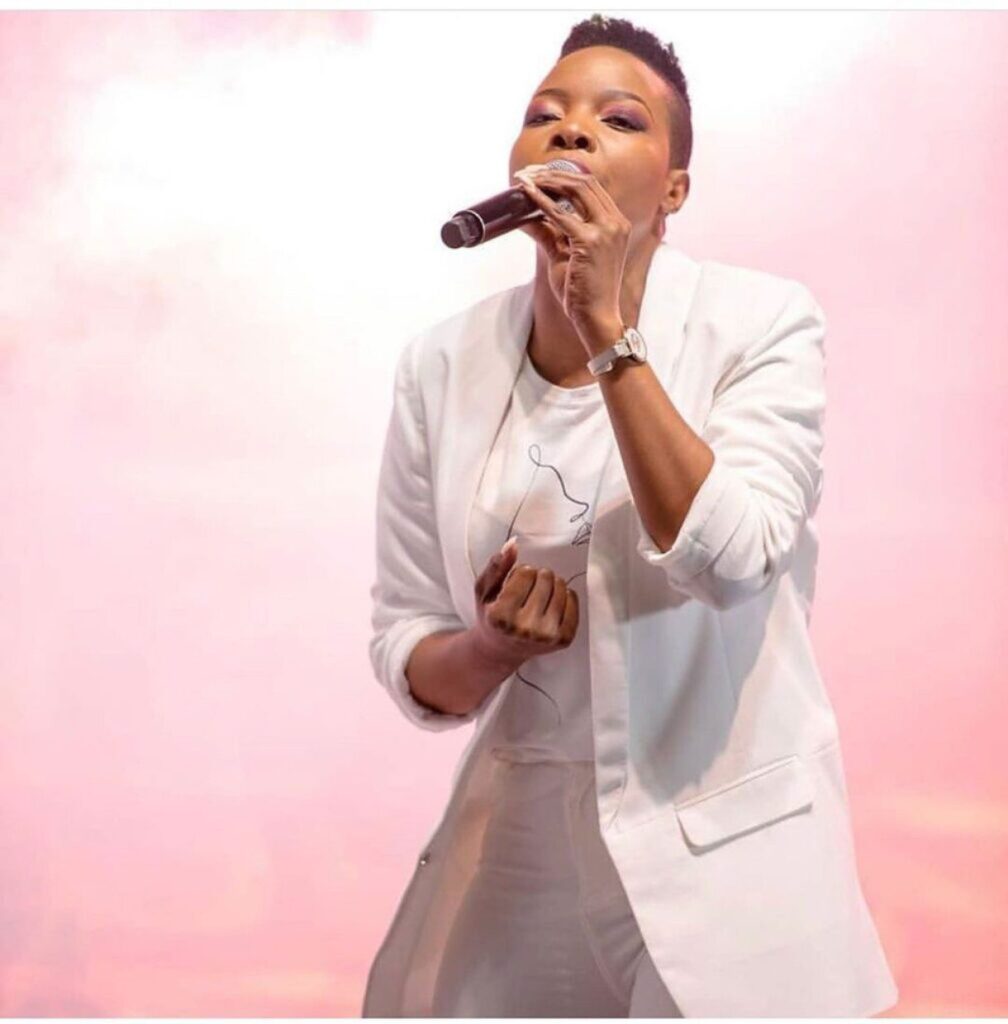 Nomcebo Zikode is a South African female musician born in 1985. She hails from Hammarsdale in KwaZulul-Nata in South Africa. She is popularly known for “Jerusalema”, a song she did with Master KG, a popular male south African artist. The song which top charts in African earned her international fame and she sees it as a springboard to bigger scores. During a recent interview with TshisaLIVE, Nomcebo laughed at rumors that “Jerusalema”, was her “one-hit” song. However, Nomcebo who is 35 years old as of 2020 saw the collaboration with Master KG as a starting point. She began getting attention in the entertainment industry after she won a talent show on Ukhozi FM in 2003 which was headed by Tshepo Nzimande. On this page, we will be writing about Nomcebo Zikode’s biography, her age, her husband, songs, and her net worth.

Nomcebo Zikode who was born in KwaZulu-Natal is a South African singer, songwriter, and performer. During her basic education, she attended Ukusa High School, Mpumalanga, KwaZulu-Natal. She lives in Johannesburg, South Africa, and studied Information technology at Havatech College, graduating in 2006. A study she didn’t get a career with. She was born in 1985 and that makes her 35 years old as of 2020. During her childhood days, she was laughed at for choosing to become a singer, as a profession.

Nomcebo is not married to any husband as of 2020. She prefers to keep her personal relationship off the media.

Nomcebo gained media attention after she won a talent search on Ukhozi FM in 2003. The show which was headed by Tshepo Nzimande had other runner ups such as Lundi, S’fiso, Kholeka, Nhlanhla Nciza, and Zahara. Before then, she was a backup vocalist for South African singer, Zahara. She began her career in the music industry with her single “Imizamo Yami”. Imizamo Yami by Nomcebo was a song about unreturned love either from a loved one and how much it hurts.

Nomcebo rose to an international level with a collaboration “Jerusalema” with Master KG. Jerusalema has more than 100-million views on YouTube alone. The song has crossed the borders of South Africa and has topped the charts in most-streamed music in Africa. The song got remixed by Nigeria’s Super Star, Burna Boy expanding the reach in Nigeria with over 6 million streams on audiomack.  Fans rumored that Nomcebo’s collaboration with Master KG was a one-time success, but she believes it is only a starting point to greater things.

Nomcebo has worked with various South African artists including DJ Ganyani, DemogulSA, Bongo beats, and Master kG. She and DJ Ganyani created Ganyani Entertainment. The Jerusalema singer was nominated for the Rookie Award at the 2019 Backing Vocalists & Session Musicians Awards (BVSM). She is the representative of DSAC ( Department of Sports, Arts, and Culture), South Africa.

She is signed to the Open Mic Production music label. She did a few collaborations as a solo musician before she got signed up and earned herself a spot in the rough South African music industry. She has few collaborations to her credit and they are listed below;

Joeboy Biography, age, career, state of origin, and net worth

She also has to her credit other singles such as

On August 20, 2020, she released an album titled Xola Moya Wami. The 9-track album has songs such as Bayabuza which featured Bongo Beats. She featured Master KG in the album’s debut track title Xola Moya Wam’. The songs contained in Nomcebo’s Xola Moya Wami album are;

Nomcebo’s net worth is estimated at $500,000 to $2 million. She earns from her music sales and events performances.