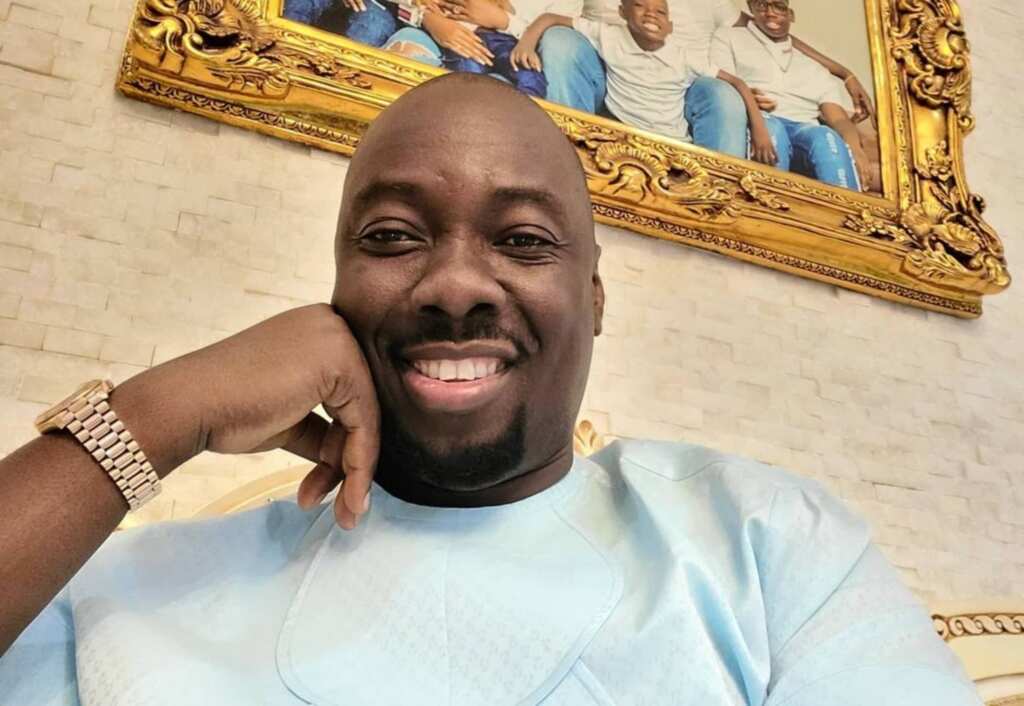 Who is Obi Cubana?

Obi Cubana is an entertainment business mogul. He is the chairman of one of the top recreational centers and hotels in Nigeria under the name Cubana Group.

Obi Cubana is one of the names that come to mind when you talk of the richest entertainment business moguls in Nigeria. He is a serial entrepreneur and he is extremely rich. His net worth is an estimated $500 million. We had to bring it to you so early in this article to emphasize how rich he is.

Obi Cubana is one of the Igbo men in Nigeria whose wealth can be said to be unbelievable. Don’t guess much about his source of wealth. Obi Cubana runs several businesses, owns a set of the most expensive hotels in Nigeria, he owns houses (assets) all over Nigeria. Not to forget, Obi Cubana is the CEO of the popular luxurious hospitality company Cubana Group. That was how he was given the name Obi Cubana, however, his real name is Obi Iyiegbu. For this publication, we will be writing on Obi Cubana’s biography, career, net worth, and other facts about him. First, let’s look at his profile.

Obi Cubana was born Obi Iyiegbu on 12 April 1975. Only one of his siblings has been spotted on the internet Ikenna Iyiegbu.

Obi Cubana’s origin can be traced to Oba, Idemili-South Local Government Area in Anambra State, a southeastern state in Nigeria pre-dominated by Igbos. Obi Cubana attended Central Primary School in Anambra State.
He proceeded to Dennis Memorial Grammar School in Onitsha for his secondary school. He finally graduated from the University Of Nigeria, Nsukka, in 1998, where he read Political Science.

Obi Cubana got married to Ebele Iyiegbu in 2008, and their union is blessed with four sons. His wife is a lawyer and the CEO of the Kiek Foundation.

Obi Cubana did a lavish celebration of his mother’s demise in July 2021. He lost his mother in November 2020 and couldn’t hold her burial due to tot the pandemic.

Obi Iyiegbu started a club called Ibiza Club back in 2006. He made noticeable progress with the club which seeks to satisfy fun-seekers. In 2009, he established Cubana; a hospitality club that provides all-around entertainment satisfaction. His Cubana business which started in Owerri now has branches in Abuja and Lagos. His inspiration to start up Cubana business was that entertainment to him is a means to escape all the stress of the world. He said in an interview that he wanted to improve the lives of Nigerians. This made us believe this is the meaning behind his Company’s slogan – The World Is Yours.

Obi Iyiegbu is the chairman of Cubana Group and managing a large enterprise such as Cubana Group isn’t so easy, hence, Obi Iyiegbu works with other like-visioned men. In his executive team includes;

Obi Cubana’s business, Cubana groups has various hotels and nightclubs all over Nigeria. under his company are the following establishments which make him millions daily

and other establishments such as lounges. The CEO of the company, Obi Cubana said he is currently working on plans for Cubana Dubai and Cubana Real Estate. Cubana Group has won several awards and it is expanding its reach across Nigerian borders. Some of the awards won by the company or her CEO includes;

Most of the properties owned by Obi Iyiegbu are worth millions of dollars, including his numerous cars and establishments. He is a man who can afford any luxury he wants and he can do that because of his organized standard entertainment business, Cubana Group.