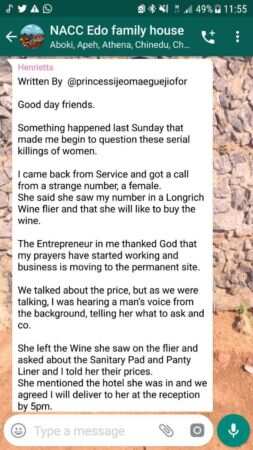 Following the sad Port-Harcourt city serial killer news trend, a lady recounts how she escaped the hands of potential killers – by instinct. The lady who deals on Longrich health products broke the news on a Whatsapp group chat and the chat screenshot surfaced on twitter, under #PHCSerialKiller hashtag.

The Lady narrating the story said she was dialed by an unidentified caller who happened to be a female by the voice heard over the phone. Business deals were settled and the Longrich lady had to make a delivery to a hotel. The agreement was to meet in the hotel’s reception but the female client is now asking Longrich lady to come to Room 207. Longrich lady sensed a foul play and dropped calls and business deals.

See screenshots of WhatsApp group chat that reports the story in details. 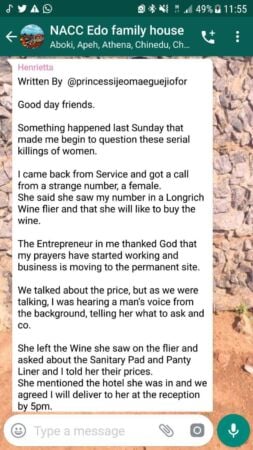 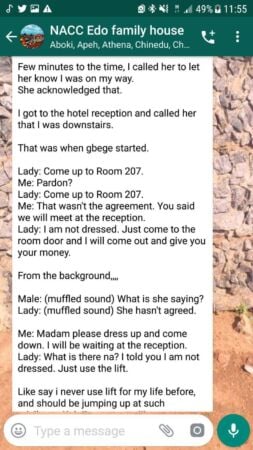 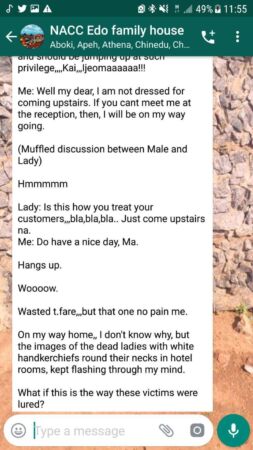 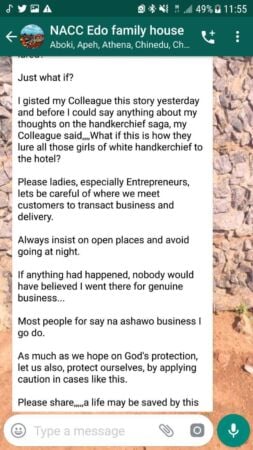