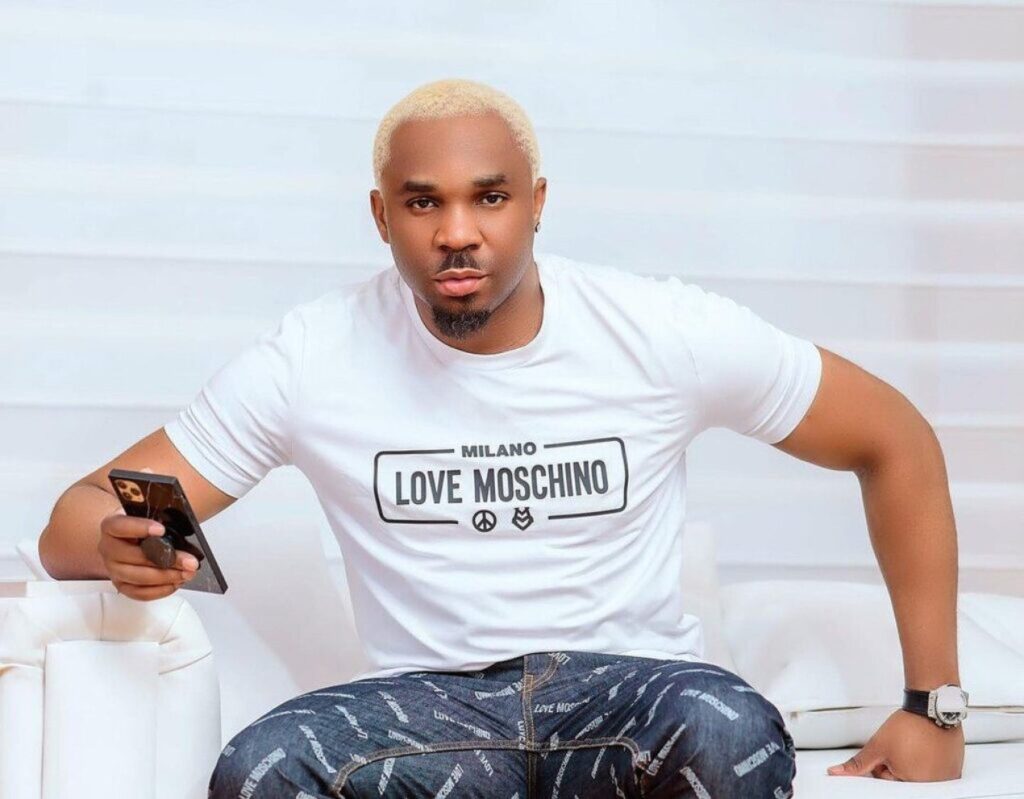 Who is Pretty Mike?

Let’s get that question rephrased to get a better view of who Pretty Mike is. How do you define a guy like Pretty Mike? Pretty Mike is the kind of guy that would show up at your wedding with an entourage of six pregnant ladies and leave you in utter uncertainty. He did that during Williams Uchemba’s wedding.

He is the type of guy that will name his dog Toke Makinwa or put girls on a dog leash – an act that got him arrested by the Lagos State Government.

His reasons are simply controversial but that’s his kind of entertaining.

So in a nutshell, Pretty Mike is an entertainer, social-media influencer, and the co-owner of Club Uno who just likes to spark controversy. He is known as the king of stunts and he loves to flaunt his wealth, Gucci, Versace, and Dolce and Gabbana wears worth thousands.

He came up with the name ‘Pretty Mike’ because he grew up among “pretty sisters” and was actually as pretty, so he coined the name, Pretty Mike.

We will be writing about Pretty Mike’s biography, date of birth, age, early life, family, parents, siblings, spouse, education, entertainment career, net worth, houses, cars, social media handles, and everything else you’d love to know about him.

Let’s take a quick look at his profile.

For those that don’t know his real name, his real name is Mike Eze Nwalie Nwogu. He was born into a family of 9, seven boys and two girls.

The Igbo born entertainer spent most of his childhood living in the United States, he also had his education there and has a degree in Computer Science.

Upon returning to Nigeria, Mike ventured into many businesses. But he is popularly known as the co-owner of Club Uno (former Q Club). He runs the establishment with this brother, Frank ‘Don-Nero’ Nwogu.

Club Uno is one of the biggest in Lagos State, located at Ikeja and revelers favorite.

Pretty Mike is one of the influential club owners in Nigeria. His net worth is an estimated 409,166,568 naira which equivalent to $1.07 million.

Aside from the club he runs with his brother in partnership with Cubana Group of Obi Cubana, he makes a living out of other businesses like transportation of textiles and endorsement deals with brands such as Remy Martin, Leisure Homes, and T20 Luxury.

His car collection consists of exotic cars in his garage which includes a 36 million Mercedes GL 459 and a 72.4 million naira Bentley GT. He looks to stand out from the rest with his customized plate numbers.

Pretty Mike’s interesting personality has drawn the attention of many who actively engage with him on Instagram. He has over 300,000 followers on Instagram, the picture-based social network. He keeps the fans of his @prettymikeoflagos account entertained with his luxurious lifestyle and a bit of controversy.