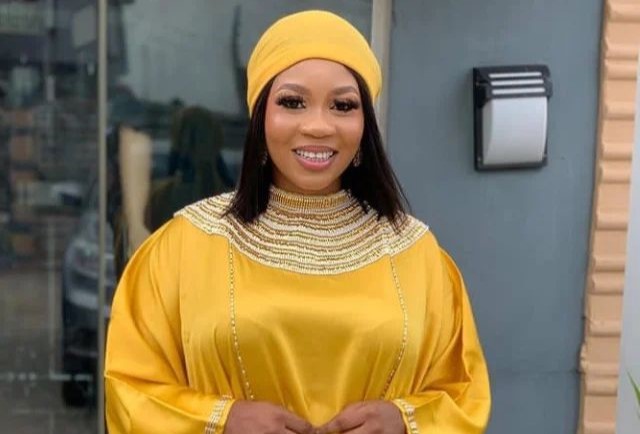 Who is Wunmi Toriola?

Wunmi Toriola is a famous Nigerian Yoruba film actress, entrepreneur, and film producer. She is known for her “overly loud and angry voice” in movies and made her debut in the movies with “Isese Lagba,” a hit Yoruba film produced by Tawa Ajisefeni. She has worked with famous Yoruba actors and actresses, including; Yinka Quadri, Ogogo, Kunle Afod, and Odunlade Adekola, to mention only a few.

Side note: Isese Lagba is the movie that shot her to the spotlight, thanks to her expertise in explaining her role in the film. In this article, I will share Wunmi Toriola biography, career, age, family, kids, parents, Siblings, net worth, movies, social media handles; Instagram, Facebook, and Twitter, and a few other interesting things you probably didn’t know about her. Before we continue, let’s take a quick look at her profile summary.

Wunmi Toriola was born Olawunmi Toriola on July 11, 1988, in her home country, Nigeria, and is 34 years old. And because she celebrates her birthday on July 11, her astrological sign is Cancer. That said: Wunmi was born and raised in Lagos State, but she is originally a native of Ogun State.

She grew up in the company of her three siblings, whose names are unknown. Then again, reports say a single father raised her because her mother died when she was younger. Her parents were devoted Christians growing up and involved their children in church activities.

That said: Olawunmi Toriola holds Nigerian citizenship by birth, with her ancestry traceable to the Yoruba tribe in the South-Western part of Nigeria. Toriola has black skin color, a pair of black eyes, and black hair.

Wunmi Toriola had her elementary school and high school graduate certifications from schools in Lagos State. Upon graduating high school, she enrolled in the prestigious University of Ilorin, otherwise known as Unilorin, where she obtained a Bachelor of Arts degree in Linguistics.

Also, she graduated with a diploma in Theatre Arts from a Yoruba theatre organization founded by some industry veterans like Yinka Quadri and Taiwo Hassan, among others, “Odunfa Caucus.” And well, she decided to take a diploma at the Academy (theatre) because she figured she’d want to improve her skills in the acting business.

And speaking of that, Wunmi Toriola started her career in the movies in 2009 at 21 during her years at Odunfa Caucus film school. Then, she made her debut appearance with the 2009 movie, Isese Lagba, produced by Tawa Ajisefeni. This movie, according to our findings, became the movie that shot her into the spotlight.

After working in the movies as a film actress for a couple of years, Olawunmi Toriola decided to take a shot at movie production — in 2012 at 24. And well, she has produced over 15 movies since she started movie production. On the other hand, she has been featured in over 100 films.

As a film producer, Wunmi Toriola debuted with the movie, “Ajewunmi.” This movie was released in 2012 and would later become a blockbuster. She won the 2018 “Fastest Rising Actress (Yoruba)” award at the City People Awards.

Since she started her career, Olawunmi Toriola has made appearances in over 100 movies, among which were blockbusters. These are her selected films;

Side by side, these are some of the films she has produced since she started film production:

Olawunmi Toriola is married to a US-based man whom she met on Mark Zuckerberg’s Facebook app on May 13, 2018. The duo welcomed their first child in December 2019, whom they named Zion. And well, there are no reports on the internet that have details about their marriage.

That said: a report during Wunmi’s pregnancy in 2019 purported that her marriage to the US-based partner had crashed. And well, the information necessitated this speculation after Wunmi deleted all the pictures of her husband from her social media accounts a few weeks after the birth of their son. However, Wunmi debunked the news once it broke on the internet.

Notably, Wunmi Toriola, in 2021, revealed that her son, Zion, had started school. Born in 2019 in the US, Zion is currently three years old.

Olawunmi Toriola has an estimated net worth of between $100,000 and $500,000. She earns her net worth from her career in the movies as a film actress and producer.

Side note: Wunmi Toriola is nicknamed Queen Lateefah by her close friends.