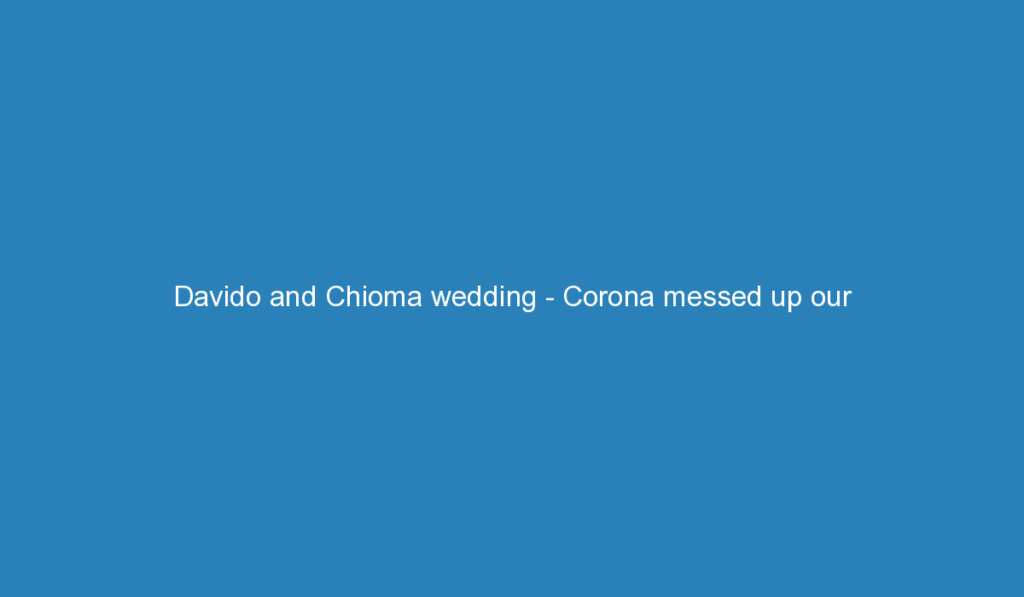 Famous Nigerian afro singer, David Adeleke (Davido) has stated the reason why he has not married his fiancee, Chioma Rowland. The FEM singer blamed the coronavirus pandemic for the lag in getting married to his fiancee, Chef Chioma.

In an interview on Wednesday, he said he would have gotten married this year, 2020, but the pandemic ruined his plans. He later revealed that he would get married to Chioma in 2021, but wasn’t specific with dates. His exact words were

Corona messed up our wedding plans but I have decided sometime next year we will get married.

Right now I want Chioma to focus on her brand and business.

He doesn’t want to worry Chef Chioma with marital arrangements but she should focus on her business.

Davido made a shocking move on social media, he unfollowed Chioma and others on Instagram. This move sparked rumors that the couples were separated.

People whispered that Davido kept Chioma in the baby-mama zone and moved on with his billionaire life.

Well, with the comment he has made, it authenticates that they are together and look forward to tying the knot next year. And it’s good of Davido to come out plain with the reason why he hasn’t married his son’s mother, Chioma. His fans will show him more admiration as they look forward to a 30 billion gang standard wedding.