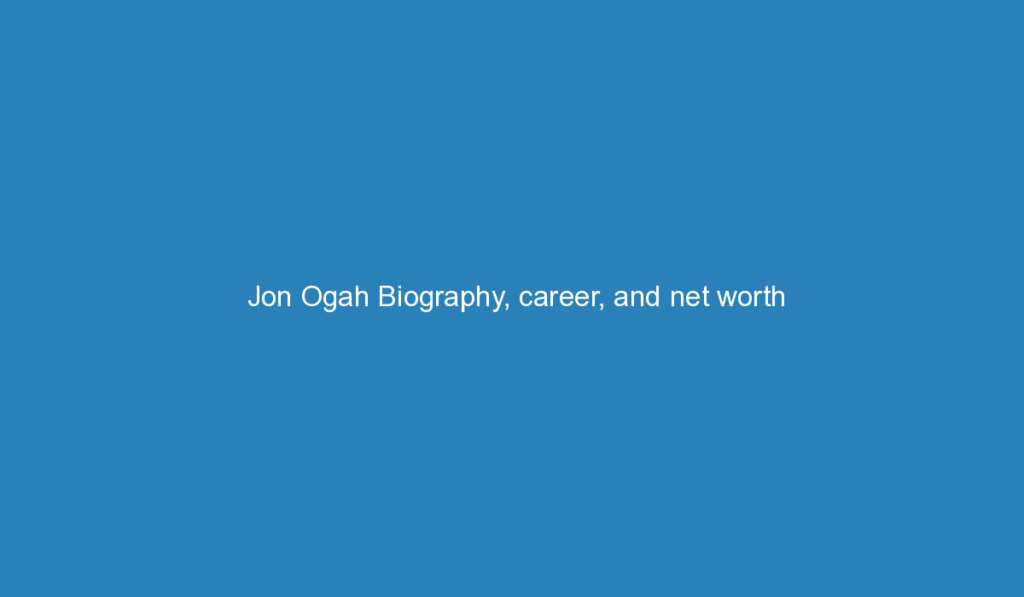 Jon Ogah is a Nigerian model from Benue state. He is also a model, singer, and songwriter. Jon Ogah became famous after he made an appearance as a fake housemate in BBnaija 2017 edition. In this piece, we will look at Jon Ogah’s biography, his career, and his net worth.

Jon Ogah’s full name is John Onjefu Ogah. He was born on August 23, 1991, as an indigene of Benue state and the third child of a family of 6 children. Information regarding Jon’s childhood didn’t reach us. However, Jon obtained a bachelor’s degree in Business Administration at the University of Portsmouth, UK. He also obtained a Master’s degree in International Business at Grenoble Ecole de Management in France.

Jon Ogah is an accomplished model but he doubles as a musician. In 2009, he won the first edition of GLO Niaja sings with a cash prize of $100,000. And he was once in a music group called “The Ogah Brothers”, with his siblings, Micheal and Patrick. He released few singles and an album as an artist. His first album was Uncle Suru, which was produced by Niyi P and Attah Lenell both of whom Jon describes as “super-talented”. He also has a video titled “Gbedu” in his records, where he featured Sasha.

Aside from being an artist and model, Jon Ogah writes for YNaija.com. His net worth is not yet estimated as of the time of this post.