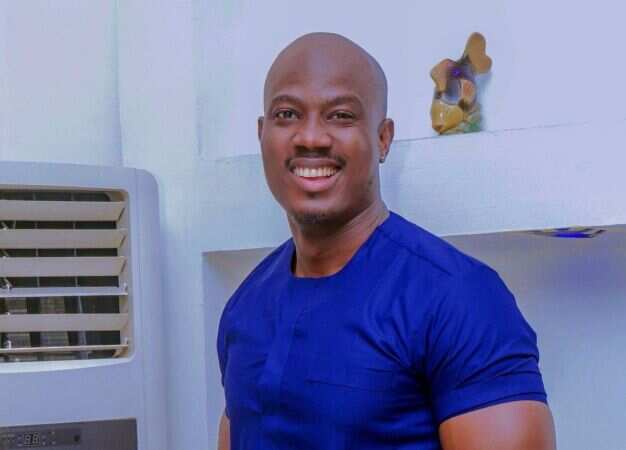 Who is Joseph Momodu?

Joseph Momodu is a Nigerian actor, model, and media personality. He is best known for his appearance in the music video of Simi’s Joromi. He is also known for the role he played in the TV series including Tinsel, Soul Sisters, Cracked in Wall Tv, Inspector K web, and The Johnsons.

Joseph Momodu is also known for his physical appearance. He stands tall and has an offensive macho body appearance. His body peculiarities gave him an advantage and positioned him as one of the most preferred male models in Nigeria.

In this post, I will be writing about Joseph Momodu biography, age, movies, net worth, state of origin, wife, and other information about him. First, let’s start with his profile.

He was born into the royal family of Oba Momodu II of Agbede as a Muslim, but Joseph Momodu along the line decided to he would go the tread the Christian path. He is now a committed Christian, although most of his pictures are bound to raise controversy amongst Christians.

Joseph is a graduate of Mass Communication from Delta State University, Abraka.

Joseph Momodu is not in a relationship with anyone at the moment. His fans like to assume he is gay and has a partner in that orientation but Joseph has not come out to make any statement on that.

Joseph Momodu started acting in 2013 when he featured in a TV series titled “Civilian Barracks”, produced by Mega creations.

He has starred in other Nollywood movies including movies like;

Joseph has also played a role in TV Series such as Tinsel, Soul Sisters, Mama’s Book(TV Series) by Apreel Ventures. Cracked in Wall, Inspector K web, and The Johnsons. He was noticed by IMDb for his role in Olokun (2021), Bond, and Inspector K (2017).

He has worked directly in movies such as Darasen Richards in the Big Fat Lie movie. He also worked together with movie producer Kingsley Omoefe and movie director Samuel Ogunbiyi in the movie On My Honour. He has worked with other top actors in the movie industry such as Desmond Elliot in Loops, Okey Zubelu in The List, Imoh Umoren in One Last Time, Tope Alake in Scars, Ikenna Heavens in Love Made Me Do It, Marc Adebesin in Altar Date, Abiodun Jimoh in Wetin Women Want.

Joseph Momodo came into the limelight after his appearance on Joromi, a music video by Nigerian artist Simi. He was awarded twice for the Best Body Male at the African Movie Academy Awards in 2018 and 2019.

Joseph Momodu is a popular actor in Nollywood, rated one of the richest and most influential with a net worth estimated at about $400,000 dollars.