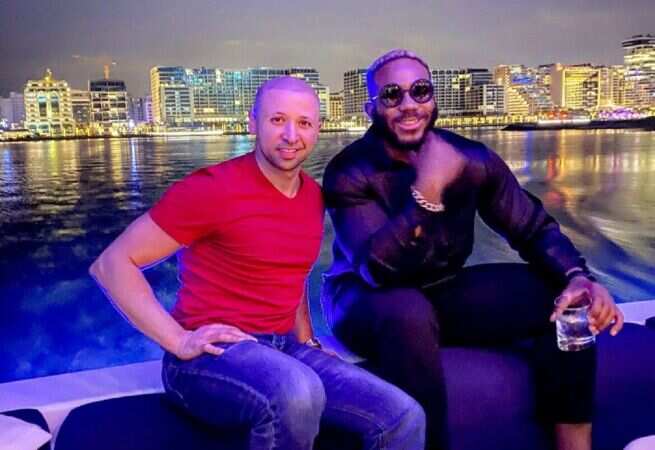 Terry Waya’s billionaire son, and Big Brother Naija star, Terseer Waya also known as Kiddwaya has taken to social media to reveal to his fans and followers that he partied all night with the Prince of Dubai.

The BBNaija season 5 ex-contestant, travelled to Dubai for some days and he’s revealed how his perception has changed since he met and partied with the son of the King of Dubai.

Omooo. I partied with the king of Dubai’s son last night till early morning. Ngl I’m very motivated. The kind of people I met yesterday has opened my eye.”