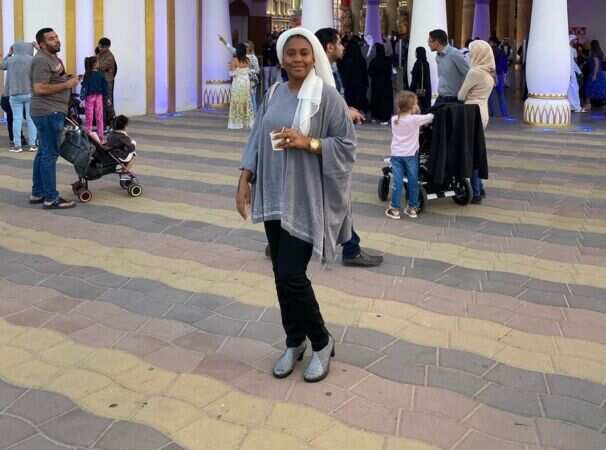 Maryam Isah is a popular Kannywood actress born in Kano State on 26th April 1990. She grew up in Kano state where she had her primary and secondary education. She attended Sa’adatu Rimi College of education Kumbotsho, Kano. She is the younger sister of Mansura Isah, a former Kannywood actress who left the movie industry after she got married to a Kannywood actor Sani Danja. We will be writing about Maryam Isah’s biography, her age, marriage, Kannywood career, and her net worth.

Maryam Isah Abubakar was born in Kano State on 26th April 1990. She grew up in the northern part of Nigeria predominated by the Hausas, kano State. She is the sister of Mansura Isah, who was a one-time actress. Maryam was married in 2008 after her secondary school but the marriage ended up in a divorce. She went back to Aminu Kano school to study Arabic and Legal studies and later joined Kannywood. Maryam who is 30 years old as of 2020 later got married to a man simply identified as Alhaji in January 2017. She is known to follow her sister’s footsteps – leave the movie industry after you get married, and she did just that. Sadly, Maryam’s second marriage only lasted for a few months, as she got divorced in December 2017.

Speaking on why she divorced, she said;

What they think about us in Kannywood is that we are either cheap or after money, and when they come to you and did not succeed in taking you to bed, they will come up with a marriage proposal.

After the marriage, and they had enough of you, they will create flimsy excuses for divorce. I happened to be a victim of such people. In fact, I almost funded our marriage, secured where we will stay, yet the foolish guy messed up and asked me to go

Maryam Isah is currently married to Alh. Isah Usman Babba from Nasarawa State. She got married to her husband on 14th February 2020.

Maryam joined the Hausa film industry, Kannywood in 2015 due to her sister’s influence. She was brought up to speed as an actress by Sani Danja, her sister’s husband.  Currently, Maryam is one of the most popular actresses in the Hausa-based movie industry. She is best known for her roles in movies such as Kukan Kurciya’, a Kannywood movie directed by Sani Katsina, the CEO of Rite Time Multimedia.

She has worked with legendary Kannywood actors – Aisha Dan Kano, Ali Nuhu, Jamila Nogudu, Sadiq Sani Sadiq, and Rabilu Musa Ibro. She has starred in numerous Hausa films which including

Being a Muslim lady who abides by Islamic practices, she has refused to take on roles from the Nollywood movie industry. She is fondly known as Maryam Ceetar by her fans.

Aside from being an actress, Isah works at her sister’s Non-governmental Organisation, Todays’ Life Foundation, and also runs a business. She established a company, ISNMOM Nigeria Limited, located at Zoo Road, Kano State.

Her net worth has not been ascertained.