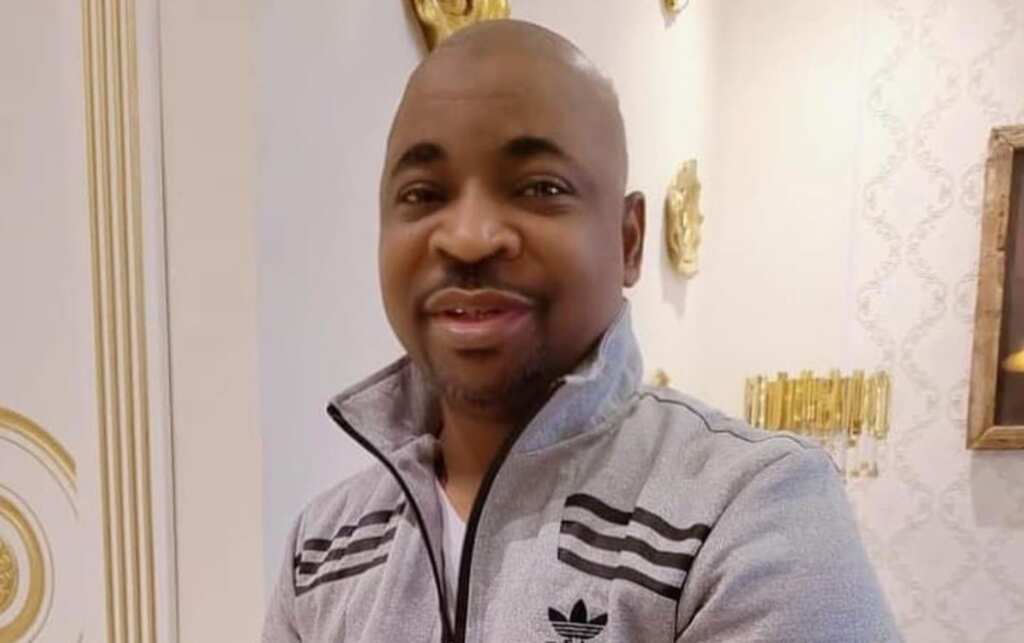 From NURTW tussle to END SARS accusation and dating Ehi Ogbebor, MC Oluomo has been on the minds of Nigerians for either one of these reasons. In this post, I will be writing about MC Oluomo’s biography, age, wives, state of Origin, children, and net worth.

Who is MC Oluomo?

MC Oluomo is the chairman of the National Union of Road Transport Workers (NURTW) in Lagos. He is the man whom Ehi Ogbebor flaunted on social media as her “man”, sparking dating rumors. MC Oluomo has also been accused of assigning thugs to disrupt the peaceful END SARS protest in Lagos, a report he has debunked. So now that we have a good knowledge of who MC Oluomo is, let’s take a look at his profile.

MC Oluomo was born Musiliu Ayinde Akinsanya at No.11 Oshodi Road in the Agbo-Ile Atere area of Oshodi, Lagos State.

The name “MC” all began when he was in school. It was coined from Musiliu by a lady who was fond of him due to a game called Game and Match he used to play during his school days.

MC Oluomo’s mother, Alhaja Abebi Zinat Omotonwo was from the Agedegbe in Abeokuta, Ogun State. She was one of MC Oluomo’s father’s numerous wives. She died on 30 April 2020 at the age of 87. The Obas and the people of Agedegbe later decided to honor her son with the “Oluomo” title which means “a One of a Kind”.

MC Oluomo attended Afolabi Primary School in Oshodi but it was cut short after his father’s death. His mother, Alhaja Abebi Zinat Omotonwo took him to Abeokuta where he completed his primary school education at Olu Efon Primary School, Abeokuta.

MC Olumo can be said to be politically inclined but it’s not clear what his intentions are yet. However, before he became the chairman of NURTW in Lagos, it was obvious that MC Oluomo would become the chairman of the Lagos State National Union of Road Transport Workers (NURTW).

When the former Lagos NURTW chairman Tajudeen Agbede was promoted, an 18-man caretaker committee which MC Oluomo was part of was inaugurated by the national executives to oversee the smooth running and management of the association in Lagos cause the former state executives previously led by Tajudeen Agbede was dissolved following his transition to Abuja. However, Some members of the Lagos NURTW union protested that MC Oluomo’s involvement in the committee would cause him to impose himself as the state chairman of the Lagos State NURTW. Despite much agitation, MC Oluomo eventually emerged as the new Chairman of the National Union of Road Transport Workers (NURTW) in Lagos State and was sworn in in October 2019.

Meanwhile, before this appointment, MC Oluomo was the Chairman of the Oshodi Branch of the Lagos NURTW, and also the association’s treasurer.

In March 2021, he released a book titled “My Service to Humanity”.

His marriage with the Yoruba actress, Tayo Odueke, popularly called Sikiratu Sindodo was terminated. It ran into problems and they separated despite him lavishing wealth on her.

It may interest you to know that each of MC Oluomo’s three wives has at least a house each in different areas in Lagos.

Also, Ehi Ogbebor is currently dating MC Oluomo. So it is possible, she could become his fourth wife.

MC Oluomo currently has nine children, six girls, and three boys. It is unclear who their respective mothers are, but they are all MC Oluomo’s children.

MC Oluomo is very close with politicians and he makes most of his income through his involvement in politics. He gives unflinching support to the Lagos State APC led government by Government Babajide Sanwo-Olu. Already his position as NURTW serves as another source of income for him. His wealth and flamboyant lifestyle earned the title of “The Richest Agbero”.

His exact net worth can only be verified until a certified report of his earnings becomes public, but that is not going to happen any time soon. Most reports of his net worth online are conjectures. An estimate of MC Oluomo’s current net worth based on calculated earnings from his income sources puts it at around $900,000.