National Youth Service Corps (NYSC) is mandatory in Nigeria before you can be employed in the Labour market. It’s a scheme designed by the Nigerian government to enable youths to partake in the Nation’s building and development.

The one year program comes after 6 years of study in any Higher Institution in Nigeria but you won’t just understand some participants who enroll for the program. We cannot help but tell you about some bizarre news of some NYSC members by the headline.

Read also: The Irony of the Nigerian Education System

One Mrs Doris Ifeoma, Graduate of ESUT, back in 2008 was rejected by Gombe State NYSC for her inability to write or speak English after more than 10 years of being in the education system. She was unable to write an official letter to back her medical issue complaint before postings. Shortly after being posted to a government school in Gombe, the school’s principal rejected her. 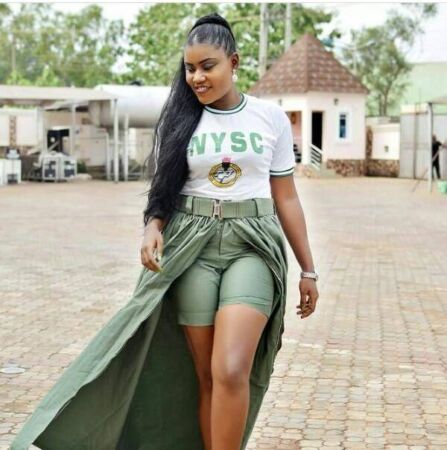 We’ve seen on social media some subjectively tailored NYSC uniform by slaying Instagram queens. The one above is only the tip of the iceberg. 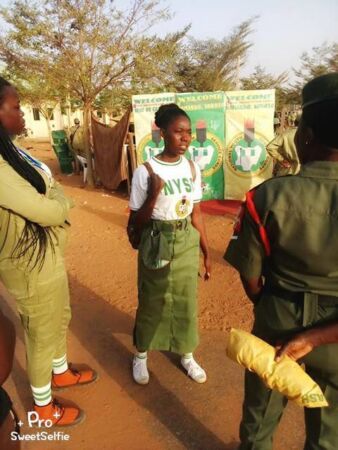 You’ve not seen it all if you have not seen a corp member who configured the uniform to her religion’s dress code. Some corps members who have not worn anything that looks like trouser -even tights, unofficially change the uniform standard cause of extreme reason surrounding religion. We don’t still know if that is allowed.

Read also: 3 Things you do that celebrities do too – number 1 is undeniable

Due to some certain logic surrounding the inability to teach, some NYSC members now request the school of their posting to reject them, so they can get new posting. God is watching you.

NYSC member spotted gazing at a woman’s behind. 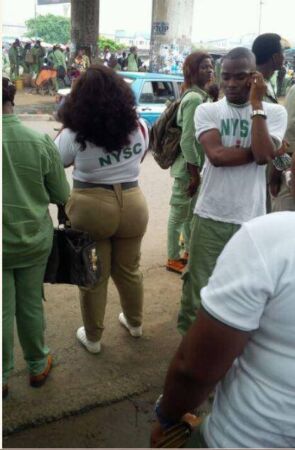 They say if you see something, say something. So the amebo with the camera saw a fellow corps members gazing at a woman’s yansh in pretense and uploaded the photo on social media. It didn’t take long for the picture above to go viral. 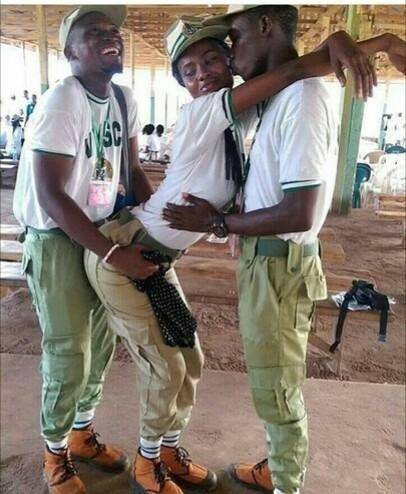 After studying for more than 4 years in the university, sense still lacks in the brains of some of our youth corps members. These ones don’t know what they are there for. It won’t take long till they start blaming their village people.

NYSC corps members cannot can, after a few days in camp. 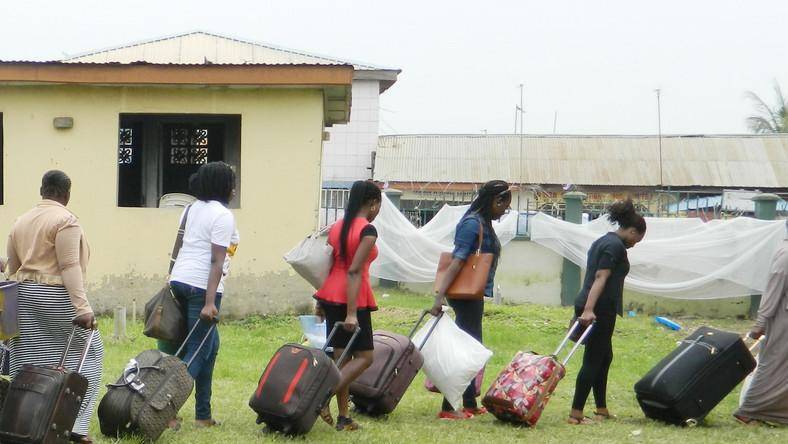 Some NYSC camps are just too terrible to live in due to lack of maintenance and equipping. Sanitation is not a word used in some campgrounds, hence corps members fall sick and some even die. 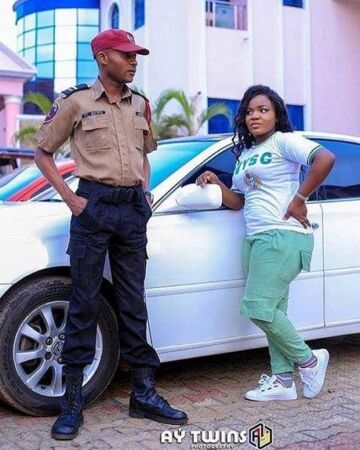 Love makes the world go round. It can make an FRSC personnel marry an NYSC corp member. Adejoke a serving NYSC corp member and Moses a Federal Road Safety Commission officer tied the knot last year. Above was a pre-wedding photo of theirs.