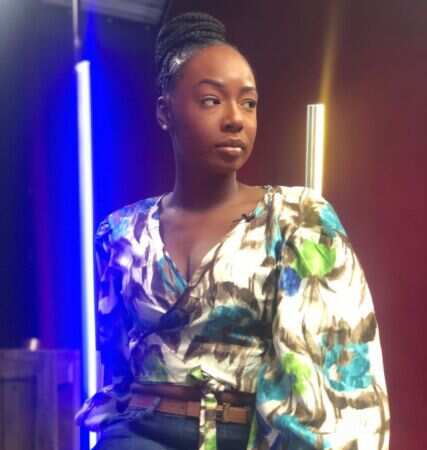 Tolani Shobajo is one of the housemates in the ongoing BBNaija season 5 reality TV show. She was born on 25th October 1993 as Tolani Shobajo but she prefers to go as Tolani Baj. Aside from being in the reality TV show, she runs a modeling/event staffing agency called 234nextgen. She had moved back to Nigeria in 2018 after finishing her 9 years of studies in the US. Before she was signed into the big brother house Tolani worked as an A&R (Artists and repertoire). She has worked with music brands such as Universal Music Group, and Nigerian brands such as Aristokrat Records, Tooxclusive, and Pulsetv. We will be writing about Tolani Baj BBNaija’s biography, age, career, and net worth. We will also be writing about her stay in the BBNaija house.

Tolani Shobajo was born on 25th October 1993 in Chicago, Illinois, U.S. The reality TV show star is 27 years as of 2020. She lived most of her young age in the US but relocated to Nigeria in 2018. She was arrested in the US and spent some jail time at the age of 21 for driving on a suspended license. She was fired from Universal Music Group Nigeria for an offense she committed but she claimed the firm lacks direction.

Tolani does a good job of keeping her personal life private. She is not in any relationship I know of. However, something might be going on between her and Prince, another BBNaija housemate.

Tolani Baj has been in the music industry before she went into the BBNaija reality TV show. She is a media personality and works as an Artist and Repertoire (A&R. She has worked with Universal Music Group, Aristocrats Records, Tooxclusive, and Pulse TV. While living in the US, she wasn’t able to secure a job in Nigeria because her presence would be needed, so she decided to start a Vlog on Youtube. On YouTube, Tolani would talk about new music, celebrity gossip & the Nigerian culture. After a year of consistency on youtube, she was recognized by BellaNaija, a Nigerian blog, and Tooxclusive. She later became Tooxclusive’s affiliate curating playlists on their platform. In December 2018, she relocated back to Nigeria after 9 years to pursue a career in the entertainment industry.

She subsequently runs a modeling/event staffing agency called 234nextgen. In the coming years, she looks to own a Non-Governmental Organisation, NGO, and become a philanthropist.

Tolani’s stay in the BBNaija house has been filled with vibes. She receives ample support from fans which include top Nigerian celebrities.

Tolani Shobajo’s net worth is not yet estimated. Her modeling and staffing agency, coupled with her A&R job serves as sources of income for her.