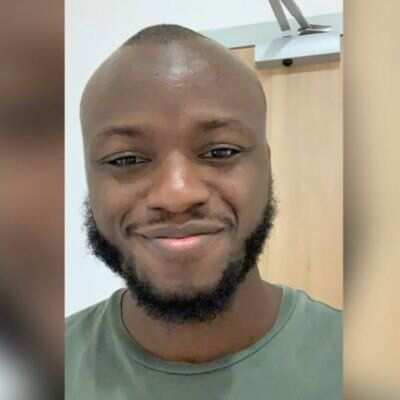 Being a cab driver comes with a collection of unforgettable experiences, most especially when you are an Uber driver. Each day is filled with different stories as you drive and drop random persons you haven’t met for the first time. Some passengers could be rude, nice, engaging, and some can be generally normal.

An Uber driver based in Lagos picked up his old diary and gave shared his few month’s experiences as an Uber driver in the city of Lagos. He goes by the name Maximus on twitter and his story reads below.

I was an Uber driver for a few months in Lagos. Gender doesn’t matter, almost everyone is rude

I did notice a pattern: the worst of them tended to be the ones who definitely cannot afford a car. Reason unclear, cause you’d think they’d appreciate the value more.

Also, almost everyone is apparently unable to read and understand the meaning of “Your driver is completing a trip nearby”. I’m sure it sounds like a simple concept now when you read it, but it really does escape most people. Always amusing and somewhat embarrassing when someone starts out very rude and by the end of the trip they’re asking if they can save your phone number to discuss “business” or some other such thing. There were some good ones. For example, I met the person who helped me land the voiceover of that Johnnie Walker ad when I picked him up for an Uber ride.

There was of course that one chick who made the mandatory joke about getting a different kind of “ride” in addition to the Uber ride. She didn’t get what she was looking for. There was a lady who was going to visit/fight her in-laws somewhere on the Ogun State border. Very lucrative and entertaining trip. She brought snacks, the fight ended in a victory for us and everyone was home before sundown. 10/10. Generally, people are surprised to find that their Uber car is an SUV and then further surprised when they hear me speak. Interestingly, they almost always assumed the reason I was driving was that I was down on my luck. One person tried to buy the car, that was quite strange. I once picked up a group of university kids from Ibadan who were here for a beach party. What I found interesting about them is how incredibly respectful they were. Confirmation that only Lagos people don’t have sense. Driving in the Chevron/Agungi area really exposed me to the internet fraud community and I found it interesting how established they are and the remarkably ordinary nature of their lives. We often imagine them to be like those guys the FBI arrests. Not always the case.

That last tweet isn’t an endorsement of fraud. Just pointing out that they don’t all live flashy lives based on my observations. It is still a crime. The foreigners I picked up were also interesting. There was a Syrian guy who barely spoke a lick of English and believed he could make it as a mechanic in Nigeria. I followed up, he now runs a restaurant owned by another Syrian.

There was an Italian lady who thought that Nigeria was hopeless because she believed young people are just as corrupt as the older people who currently run the country. We didn’t get to explore that further but it was curious that it came from a foreigner who lives here. A fellow from Taiwan who thought Nigerians rich business potential but always got lazy and chose to do things that everyone else was already doing rather than innovate. He learned this in 15 years of doing business here. I didn’t disagree. Too lazy to think about more so I’m going to pause here.