by Samuel Onyike 2 months ago1 day ago

Destiny Etiko is a Nigerian actress and one of the most popular in the Nollywood movie industry. She got into the limelight when she featured in an award-winning Nigerian movie titled “Idemili”. Destiny Etiko was born on 12th August 1989. The beautiful actress is 31 years old as of 2020. She lost her father, Mr. John Anonde Etiko, on 15th May 2020. Idemili is an epic 2014 Nollywood movie centered on native Igbo mystics and values. The movie producers coined its name from Idemili – a place in Anambra State and was directed by Ernest Obi and produced by Onye-Eze Productions. In this post, we wrote about Destiny Etiko’s biography, her age, parents, husband, and her net worth. 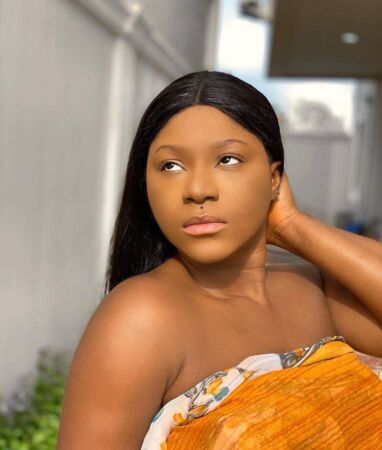 Destiny Etiko is not married at the moment and has no engagement ring on her finger. Although, many people assumed that Destiny Etiko was married. But it’s simply a misconception due to a role she played in the Nollywood movie titled “My Private part”, where she shaved her hair prior to the death of her husband and that allegation that she killed him. Speaking of marriage, Destiny Etiko revealed that she wants to marry a man who can understand her love for acting. She added that she is not ready to ditch her career for any reason not even marriage or any man can make leave acting.

She has won several awards, including the “Viewers’ Choice Award” and “Golden Icon Movie Academy Award”. In 2018, she landed a house for her mother, and a year after she bought a Toyota spider for her mom. Destiny is a confident and bold woman known for being outspoken even about personal issues like sexual harassment. In an interview, she opened up to admit that she was once victimized. She has a massive fanbase on social media with up to 1 million followers on her @destinyetikoofficial Instagram page.