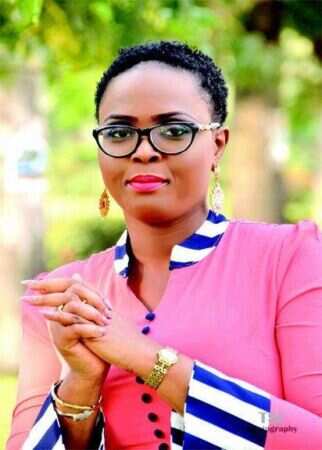 Laila Ijeoma is one of the big names in Nigeria’s blogging community, she runs a very popular entertainment blog. Almost every internet user in Nigeria comes across her website https://lailasnews.com/ while searching for the latest news and gossips. This article covers Lailas Ijeoma’s biography, net worth, her age, marriage, and pretty much everything and anything you need to know about Laila Ijeoma, a former banker turned blogger.

Laila Ijoma’s full name is Laila Ijeoma Uzochinyere Obiagwu. She was born into a Catholic home on August 12, 1984, as of 2020, she is 36-year-old. She was born and raised in Aba, Abia State as the first child and daughter of her parents. During her basic school days, she attended Ninlan Demonstration School at Ogborhill, Aba in 1994 and also Abia State Senior Science School at Ihie in 1997, for her secondary education.

Laila Ijeoma graduated from the Federal University of Owerri, Imo State, bagging a bachelor’s degree in Chemical engineering in 2005. She is the CEO and brain behind Lailasnews formerly known as LailasBlog, one of Nigeria’s leading entertainment websites that reports breaking Nigerian news and gossips. Lailasbog was launched in January 2013 and made huge success reporting Nigerian news promptly. After running the blog for 5 years, she rebranded Lailasblog to Lailasnews in January 2018.

Ijeoma was once a prominent banker, but perhaps couldn’t cope with the daily routine of an Assistant Banking Officer, she decided to resign from her job in 2016. Maybe out of passion or not being able to cope, Laila abandoned her N5 million yearly bank job to become a full-time blogger. She started her trial blog in 2012, went through her own share of ups and downs, but her passion for it endured till 2013 even when she created Lailasblog. In 2016, she was listed amongst the 100 Most Influential Nigerian Writers under 40.

Laila Ijeoma is a smart woman and intelligent with the hustling spirit innate in someone born and raised in Aba, a commercial city in Nigeria. Her blog came to limelight following exclusives Toke Makinwa’s surprise wedding to her estranged husband, Maje Ayida, and Aliko Dangote settling the Don Jazzy and Olamide dispute. Laila Ijeoma, through her blog, has won numerous recognizable awards including,

She was once nominated for

Laila Ijeoma is married and blessed with 3 sons. She got married to her man on November 15, 2008, in Lagos State. Behind every successful woman is an encouraging husband.

Laila Ijeoma is one of the highest-paid bloggers in Nigeria and also a social media influencer. Her website ranks 249th in Nigeria receiving millions of views monthly. Laila Ijeoma has an estimated net worth 2.5milllion dollars – $2,500,000.